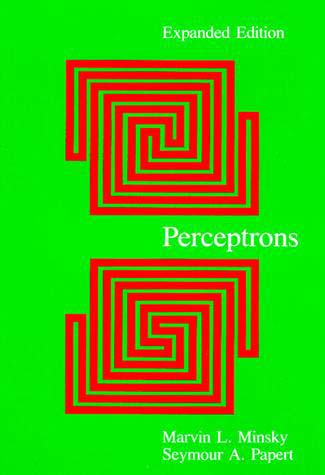 Here is our day 8 post, which was delayed due to Hurricane Sandy. We’ve grouped a couple of books again:

1969: Perceptrons Intro by Marvin Minsky and Seymour A. Papert

The following is an excerpt from a Perceptrons Intro review by Jan Mycielski. It appeared in the Bulletin of the American Mathematical Society in January 1972. Access the full review here.

“This book is a very interesting and penetrating study of the power of expression of perceptrons and some other mathematical problems concerning memory and learning. This subject is still quite new and hence at a stage of development in which the most important discoveries are being done. It seems to differ from the theory of automata in its greater relevance to our ideas about the organization of the brain and the construction of ‘such’ machines.” 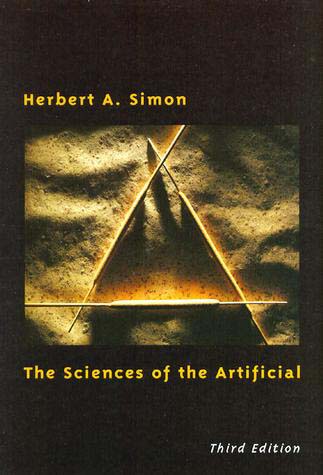 1969: The Sciences of the Artificial by Herbert A. Simon

“People sometimes ask me what they should read to find out about artificial intelligence. Herbert Simon’s book The Sciences of the Artificial is always on the list I give them. Every page issues a challenge to conventional thinking, and the layman who digests it well will certainly understand what the field of artificial intelligence hopes to accomplish. I recommend it in the same spirit that I recommend Freud to people who ask about psychoanalysis, or Piaget to those who ask about child psychology: If you want to learn about a subject, start by reading its founding fathers.”
—George A. Miller, Complex Information Processing

The following is an excerpt from The Sciences of the Artificial:

This is the task of natural science: to show that the wonderful is not incomprehensible, to show how it can be comprehended—but not to destroy wonder. For when we have explained the wonderful, unmasked the hidden pattern, a new wonder arises at how complexity was woven out of simplicity. The aesthetics of natural science and mathematics is at one with the aesthetics of music and painting—both inhere in the discovery of a partially concealed pattern.

The world we live in today is much more a man-made, or artiﬁcial, world than it is a natural world. Almost every element in our environment shows evidence of human artiﬁce. The temperature in which we spend most of our hours is kept artiﬁcially at 20 degrees Celsius; the humidity is added to or taken from the air we breathe; and the impurities we inhale are largely produced (and ﬁltered) by man.