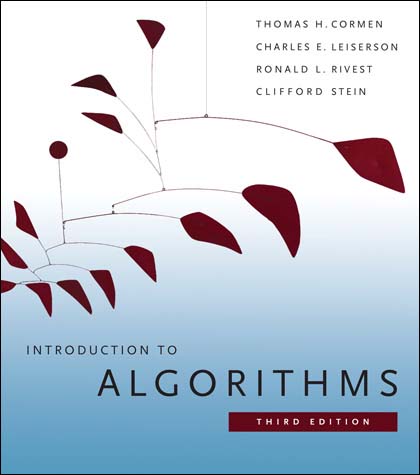 Thomas Cormen, co-author (with Charles Leiserson and Ronald Rivest), reflects on Introduction to Algorithms for day 22 of our 50th anniversary series:

Now that over half a million copies of Introduction to Algorithms have been sold, you would be surprised at how often people ask me the secret to writing a best-selling textbook. You would be surprised because it never happens. But if it did happen, here’s what I would say:

2. Work with a publisher whose office is located one block from where you live. The MIT Press offices were just one short block away from my apartment in Cambridge when we wrote the first edition.  If you don’t live one block away from a publisher, you should at least find a publisher who is committed to your book. When we negotiated the contract for our first edition, McGraw-Hill, which co-published the book with the MIT Press, agreed to not sign a competing book for 18 months. We appreciated that level of commitment, though it turned out to mean not as much as we thought it would when we ended up taking three-and-a-half years to write the first edition.

3. Get Julie Sussman, P.P.A., to copyedit your book. “P.P.A.” stands for “Professional Pain in the Ass,” and Julie is rightfully proud of the moniker. Julie wrote the Instructor’s Manual for our first edition, and she found so many errors in the book that we knew we had to get her to copyedit all subsequent editions. She has prevented us from embarrassing ourselves more times than I care to remember.

4. Be on guard against getting caught up in your own craziness. This advice applies especially if you’re the sole author. Because Julie Sussman can’t be everywhere.

And here is a fun production-related fact about Introduction to Algorithms, courtesy of Production Manager Janet Rossi: