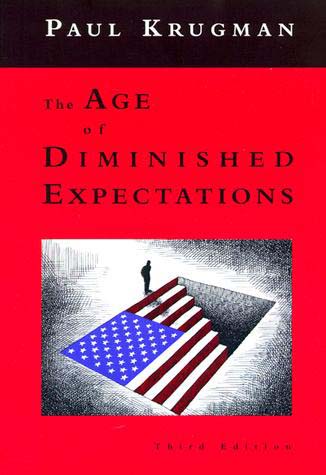 Our 21st post of the series brings us into the ’90s. We’ve paired Paul Krugman’s The Age of Diminished Expectations with Drew Fudenberg and Jean Tirole’s Game Theory. Emily Taber, Assistant Acquisitions Editor, Economics, Finance, Business, writes about both books:

The Age of Diminished Expectations: U.S. Economic Policy in the 1990s

“Paul Krugman’s The Age of Diminished Expectations has had many readers, but perhaps none more notable than former president Bill Clinton. In a 48 Hours White House interview that aired on March 24, 1993, Dan Rather asked about a stack of books on a table in the Oval Office. ‘These are the books I’m reading,’ Clinton responded. ‘This is The Age of Diminished Expectations by Paul Krugwitz, an economics book…’ And although he didn’t quite get the author’s name right, we at the Press were still thrilled by the mention.” 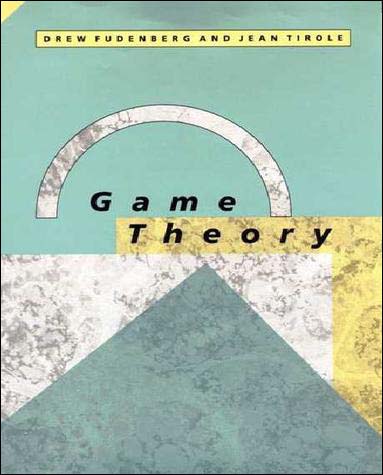 “As we think about influential titles, it is also worth thinking about the influences that led to some of these titles. In the Game Theory acknowledgments, Drew Fudenberg and Jean Tirole write: ‘Since this is a textbook, it is appropriate to begin by acknowledging our debts to our teachers. Eric Maskin introduced us to the modern literature on game theory in many long sessions in his office, at a time when that literature was not yet an integral part of the economics curriculum.’ Maskin went on to receive the 2007 Nobel Prize in Economics for his work in mechanism design theory, a game theory subfield. Fudenberg and Tirole, both 1981 MIT Ph.D.s, are now key figures in economics, often appearing on lists predicting the next crop of Nobel laureates. In the twenty years since it has been published, their textbook has gone on to be one of the leading required texts for game theory courses around the world, educating a new generation of influential economists.”