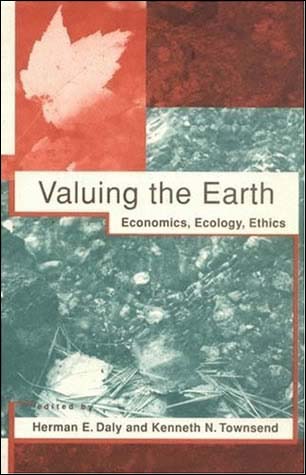 MIT Press did not publish the first (1973) or second (1980) edition of this classic book, whose original title was Toward a Steady-State Economy, but the MIT Press edition probably had more impact than earlier versions because it took twenty years for the ideas Herman Daly articulated on sustainability and a steady-state economy in the first edition to gain a foothold and begin to be accepted. When MIT Press published its edition in 1992, following the Earth Summit in Rio de Janeiro in 1992, the world was finally beginning to focus on sustainability. The essays in the book show that continued growth on a planet of finite resources cannot be sustained physically or economically, and the book sent the important message that environmental costs must be considered when conducting economic analyses of any process, industry, invention, or enterprise. Daly, who was Senior Economist in the Environmental Department of the World Bank when the book was published, argued for rehabilitating the notion, popular with classical economists from Malthus to Mill, that an economic stationary state, rather than continuous economic growth, was not only inevitable, but desirable. 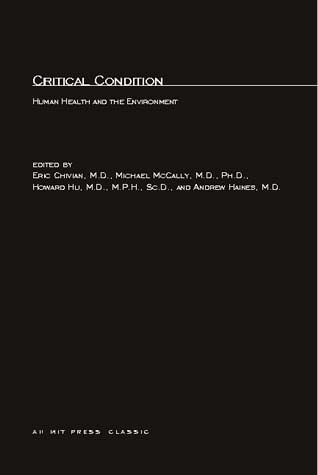 Also for today’s post, we found Richard Jackson’s review of Critical Condition: Human Health and the Environment, edited by Eric Chivian, Michael McCally, Howard Hu, and Andrew Haines, which appeared in a 1997 issue of Health and Human Rights (Vol. 2, No. 2). Here’s an excerpt:

“When this book was published, after the PSR conference in 1993, it was ground breaking. It was a clarion call for doctors to stop viewing the health of their patients in isolation from the health of their planet. The book asked physicians to view their patients as organic components of the human species, of life on earth, and of earth itself. Just as the condition of any cell or tissue in a patient’s body can reflect the overall health of that individual, so to some extent each patient can be seen as a cell reflecting the overall condition of the earth. Such a perspective inevitably leads to a broadening in the way in which physician perceive their role. Responsible physicians must be concerned about the health of the larger organism (the earth) as well as that of their individual patients.”