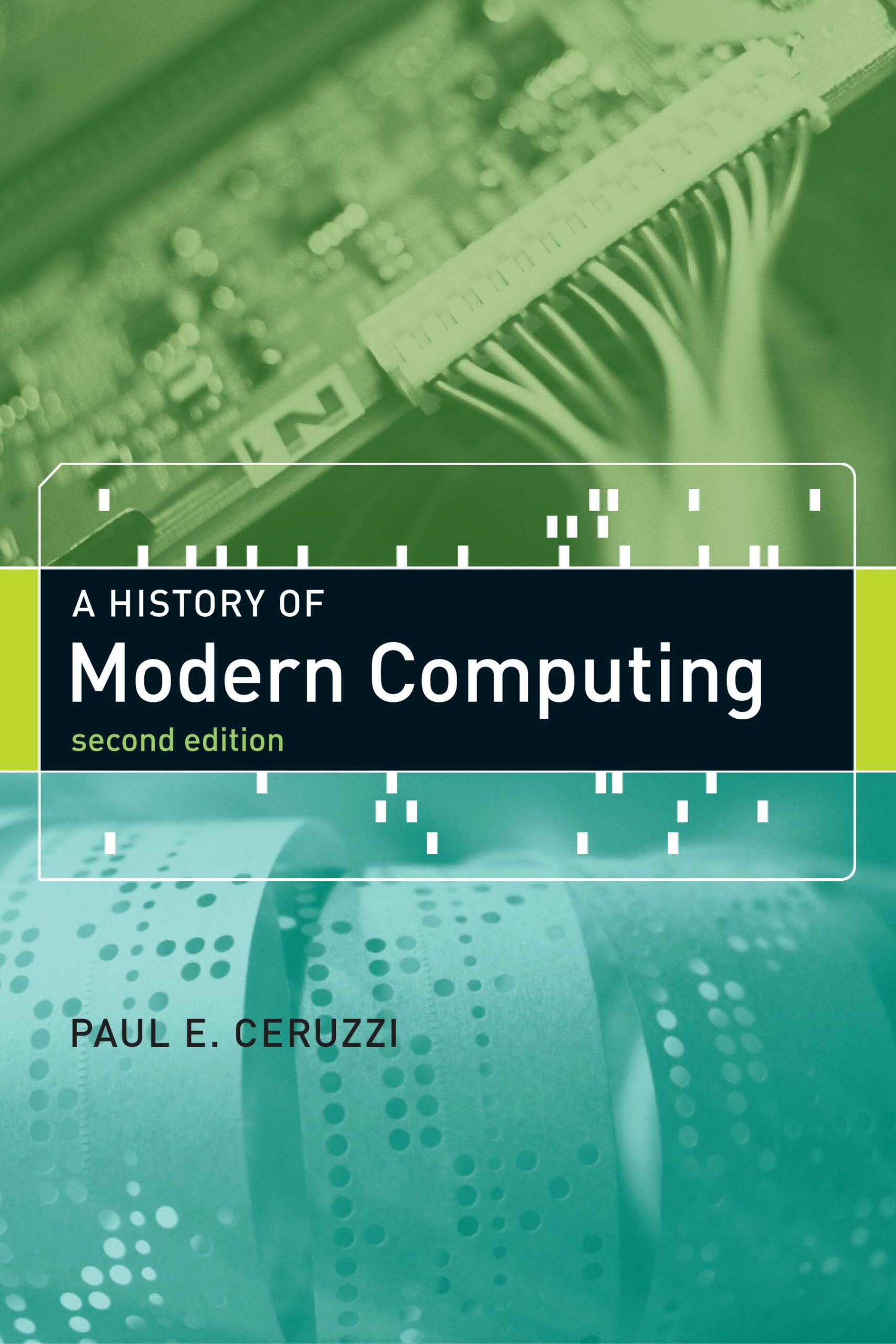 The 33rd post of our 50th anniversary series celebrates Paul Ceruzzi’s A History of Modern Computing. Here’s an excerpt from the book:

In the early 1980s, when I had just taken my first job as a member of the history department of a state university, I mentioned to one of my colleagues that I was studying the history of computing. “Why computing?” he replied. “Why not study the history of washing machines?” I thought he was joking, maybe making fun of the greenhorn just arrived in the faculty lounge. But he was serious. After all, he had a washing machine at home, it was a complex piece of technology, and its effect on his daily life was profound. Surely it had a history. But computers? Those were exotic things he had heard of but experienced only indirectly.

In the 1990s that question would not be asked, because few would argue that computers are not important. We live in an age transformed by computing. This is also the reason why we need to understand its origins. But terms like “Information Age” or “Computer Revolution” are not ones I like. They mislead as much as inform. Technological revolutions certainly do occur, though not often. The story of how a new technology finds its place in a society is always more subtle and complex than implied by the phrase “X Revolution,” or “X Age,” where “X” stands for jet aircraft, nuclear energy, automobiles, computers, information, space, the Internet, microelectronics, and so on. The daily press tends to overstate the possible effects of each new model of a chip, each new piece of software, each new advance in networking, each alliance between computing and entertainment firms; surely they will change our lives for the better. A few weeks later the subject of these glowing reports is forgotten, replaced by some new development that, we are assured, is the real turning point.

Stay tuned for our Q&A with Paul Ceruzzi, which we’ll post as part of our upcoming Computer Science Education Week celebration (December 9-15).