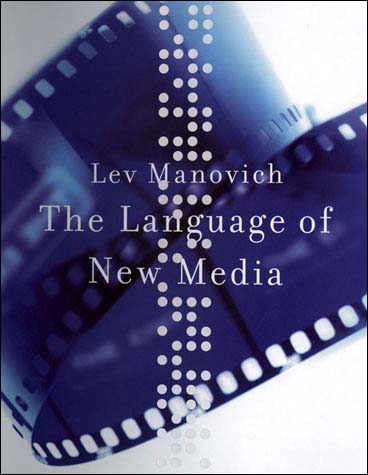 Lev Manovich reflects on The Language of New Media for our 36th post:

When I first met MIT Press editor Doug Sery at an ISEA (Inter-Society for the Electronic Arts) conference in Chicago in 1997, the theoretical discussions of new media culture and art were confined to the few mailing lists, and media festivals and conferences in Europe and Japan. (Paradoxically, most artists getting awards at these festivals were from the U.S.!) At the conference, Doug was the only person representing an academic press. After the event, Doug went back to Cambridge and convinced the press to start new media area. The books which followed played a crucial role in giving the field legitimacy and academic recognition, and publishing with The MIT Press became the dream for any serious theorist, historian, or artist working in new media around the world.

My own The Language of New Media came out in 2001. While this title seems to promise a systematic exposition of the unique features and creative techniques of digital media field, after reading a few pages of the book you will see that, in fact, it is animated by a different desire. The “language” of new media that this book aimed to map out—or, more precisely, numerous separate “languages” (this is one change I would love to do post factum to the title of the book)—are always hybrids; incorporating memories, expertise, and techniques of modern cultural forms such as cinema, animation, graphic design, etc., as well as more recent techniques that come from the new engine of global information society: digital networked computer. Therefore, every section of the book took up a particular dimension of new media and examined it as a meeting ground—a field of struggle, competition, and creative tension—between the energies of the past and present.

Fifteen years have passed since 1997. The other day, I checked the new media area on the MIT Press web site and found 368 titles! That is impressive, but the work is not over yet. As computers and society continue to interact in new ways (social media, information visualization, locative media, big data, personal data analytics, and digital humanities are just some of the developments brought by the 2010s), I hope that the MIT Press will continue to play its leading role in publishing works that illuminate these intersections.

The Language of New Media was completed in 1999, so it will be worthwhile to reflect on the developments in digital culture over the ten years that have since passed. By the end of the 1990s, the adoption process of software-based tools in all areas of professional media production was almost completed. Ten years later, we find ourselves in a world where the developments of the 1990s have been disseminated to billions of people—including hundreds of millions who are writing blogs, uploading photos and videos to media sharing sites, and use free (or almost free) media authoring and editing software tools, which, ten years later would cost thousands of dollars. And the media artifacts that these masses create are often as good as those created by professionals—or, at least, they offer a more authentic perspective on the world.