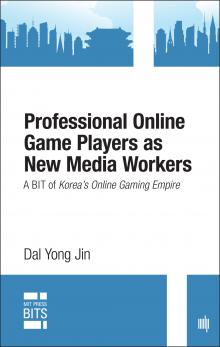 Why is online gaming such a cultural phenomenon in Korea?  Since the 1960s Korean culture has been seen as one to quickly change and to keep up with the latest technologies and consumer products. Gaming is no different—gaming in Korea has really spearheaded the industry globally and become one of the fastest creative industries worldwide. In Korea’s Online Gaming Empire, Dal Yong Jin takes an interesting approach and examines the rapid growth of this industry in social, cultural, and economic terms.

In a review of the book in Technology and Culure, Matthew Schandler points to the popular game StarCraft, what some have called the biggest e-sports scandal in history. Schandler says:

“Although the scandal itself is not discussed in Dal Yong Jin’s Korea’s Online Gaming Empire, the exposure of the scandal confIrms that one element of his thesis proved prescient. Jin’s primary focus is an analysis of the Korean gaming scene from the perspective of political economy, but he also adopts a Marxian approach to labor commodifIcation and exploitation of professional gamers and fans. For Jin, these groups represent ideal commodities, ripe for manipulation, within the new media and knowledge-based postindustrial economy.”

The BIT we’ve selected, Professional Online Game Players as New Media Workers looks at the working conditions of professional gamers and the high-pressure world of the Korean online gaming industry and will help make sense of scandals like StarCraft as well as show how Korea utilized technology and government assistance to recover from economic recession.