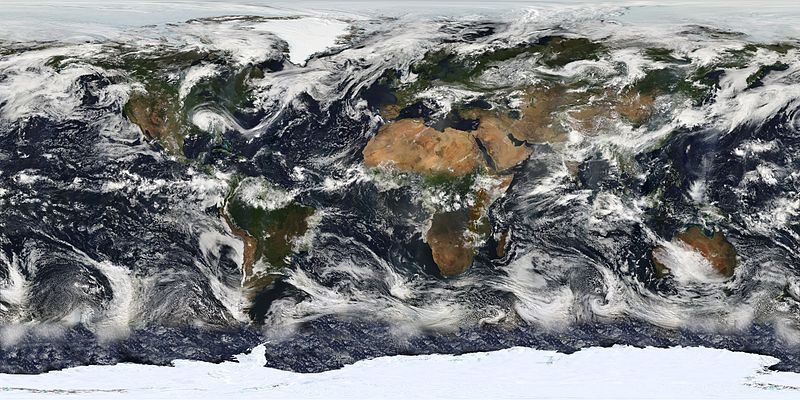 On October 8th, the Intergovernmental Panel on Climate Change released a special report with alarming implications for the future. We asked a few of our authors to respond to the report. The latest entry comes from Christopher Preston, author of The Synthetic Age. And if you haven’t already, be sure to check out the earlier installments: Part 1, 2, 3, and 4!

A decade ago, an ethicist at the University of Washington in Seattle named Stephen Gardiner coined a phrase when he called climate change a “perfect moral storm.” This imagery hints at both the cross-generational implications of climate change and the startling geographical reach that makes it so difficult to navigate. Compounding the storm, few institutional or theoretical resources currently exist to address such a knotty and dispersed challenge.

The idea of a perfect moral storm helps make sense of why the climate problem has proven politically and personally intractable. On a political level, only a handful of nations or states have mustered the will to take full responsibility for their climate impacts (thank you Costa Rica, Bhutan, and California). On a personal level, only a small number of individuals are making the changes in lifestyle and commitments to advocacy that the perfect moral storm requires.

It is no wonder, then, that the report released in October by the IPCC on the chances of staying within the 1.5 degree Celsius of temperature rise specified in Paris offers such a grim prognosis. Not to put too fine a point on it, one of the lessons being drawn from the report is “we’re doomed.”

In the absence of a viable political route, there remains a faint hope that a technological solution might float to the surface and provide an essential lifeline. The type of technology on which some are placing hope is not the rapid deployment of millions more electric vehicles, wind turbines, heat pumps, and solar panels. Nor is it the development of cheaper biofuels or the retrofitting of less-efficient buildings. While all of these solutions are necessary, they are not the most radical proposals on which some hopes are being pinned.

Global-scale engineering technologies that might turn the planet’s thermostat down for a few years while the world’s energy economy lumbers towards the carbon-free grail are cropping up more and more in polite conversation.

The deliberate management of incoming solar radiation could be accomplished by putting carefully calibrated amounts of reflective droplets in the stratosphere. Maritime clouds could be enhanced to bounce incoming energy back outwards before it has the chance to warm the giant heat sinks of the globe’s oceans. Tall structures with fans, sorbent membranes, and an associated delivery system could potentially be used to extract CO2 directly from the atmosphere and pump it through a network of pipes into safe storage in geological formations.

Discussion of these large-scale options for deliberately re-engineering the physics and chemistry of the climate system is almost certain to accelerate as the seriousness of the IPCC’s warnings sink in. Some researchers believe that these unprecedented forms of planetary management are simply what the heated-up Anthropocene condition now demands. There should be no hesitation, some say, before embarking upon this synthetic age.

What must not get lost as the climate change discussion shifts in response to the IPCC’s warnings is how reliance on a giant technological fix is as much a display of the power of the perfect moral storm as it is a solution to it.

For populations in high-consuming cultures to hope that technology will come to the rescue at the last minute demonstrates the same failures of imagination that the perfect moral storm has elicited since James Hansen’s climate warnings thirty years ago. Failures of imagination are not what the problem calls for.

A recent piece in the New York Times declared with bravado, “Stopping Climate Change is Hopeless: Let’s Do It.” It is clear that the challenge needs new forms of imagination, a new politics, and a newly energized citizenry who are genuinely motivated by the undertaking of a lifetime. Whatever combination of technology and policy it takes, leaving the heavy-lifting to others while hoping for the best is not an adequate plan.

The perfect moral storm demands a perfectly original response. So far, it is clear that we have not been up to the task.

Christopher J. Preston is Professor of Philosophy and a Research Fellow in the Mansfield Center’s Program on Ethics and Public Affairs at the University of Montana. He is author of The Synthetic Age: Outdesigning Evolution, Resurrecting Species, and Reengineering Our World. He blogs on issues related to environment and technology at www.plastocene.com.