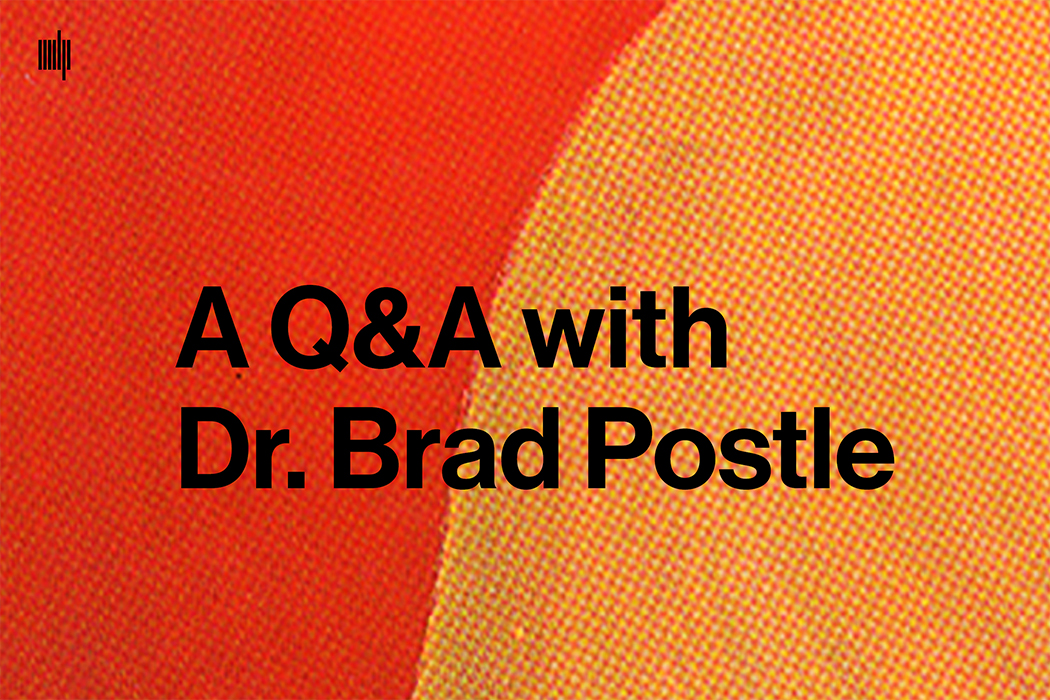 Dr. Brad Postle, a professor and cognitive neuroscientist at the University of Wisconsin-Madison, was recently appointed as the new Editor in Chief of the Journal of Cognitive Neuroscience. JoCN, an online-only publication from the MIT Press and the Cognitive Neuroscience Institute, covers developments in neuroscience, neuropsychology, cognitive psychology, neurobiology, linguistics, computer science, and philosophy.

With Dr. Postle at the helm, JoCN is undergoing a variety of changes, including the implementation of a gender citation balance tool, a new editorial structure, and the acceptance of registered reports. We spoke with Dr. Postle to hear a bit more about the new initiatives at the journal and to discuss his thoughts on the future of the publication. 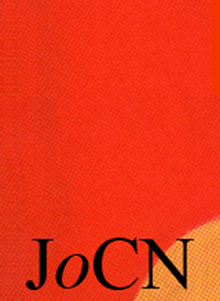 The MIT Press: What is your editorial vision for JoCN, and how do you hope to help shape the journal over the following years?
Dr. Brad Postle: I don’t have a grand vision. The journal has played a pivotal role in the development and maturation of our relatively young field, and I’m mindful of not wanting to “fix what ain’t broken.” What I’m hoping we can do is help to foster efforts to improve the robustness of our science and to enhance transparency and equity in the ways that we evaluate and publish our results.

The MIT Press: You and your team are implementing a number of publishing initiatives at JoCN, including the acceptance of registered reports (or peer-reviewed preregistration), a new editorial structure, and the gender citation balance tool. What do you hope these innovations will bring to the journal?
Dr. Brad Postle: Peer-reviewed preregistration incorporates many best practices and discourages publication bias, because the editorial decision is based primarily on the merits of the question motivating the research and the soundness of the methods that will be employed to address it. If the question is interesting or important, and the study is well designed and adequately powered, the results will be valuable however they turn out. (Just to be clear, if everyone followed this practice, it would drastically reduce the “file drawer problem” of potentially valuable null results never getting published because either the authors couldn’t get them published or they decided not to try.)

The editorial structure that you’re referring to is the creation of the position of Consulting Editor, for which there are both editorial and institutional motivations. With regard to editorial practices, Consulting Editors enable us to implement the policy that two reviewers need to agree before a submission can be editorially rejected. This seemed important to do because over 50% of manuscripts submitted to the journal are rejected without going out for peer review—a practical necessity given that all of the editors at the journal are active academic scientists and are each already giving as much of their time and expertise as one could hope for. Requiring a concurring opinion from a Consulting Editor doesn’t remove the subjectivity from the process (nor the sting of being on the receiving end of a rejection), but we hope that it at least makes an editorial rejection feel less arbitrary and capricious.

Critically, the policy has teeth: When a Consulting Editor disagrees with my assessment (and yes, it has already happened on several occasions) my opinion is overruled and the manuscript goes out for peer review. The institutional rationale is twofold: diversity and succession. When I transitioned from Associate Editor to Editor-in-Chief we were 7 on the editorial team: all White; all based in North America or Western Europe; 5 men. Today we are 9: (still) all White; 8 based in North America or Western Europe; (still) 5 men. We are all top-shelf scientists and I wouldn’t trade away any one of us. But we don’t reflect the rich diversity (geographic, racial, gender identification, career stage, …) of our community. Creating the position of Consulting Editor de novo gave us the opportunity to be mindful of diversity when populating it. With regard to succession, Consulting Editors are all independent investigators at relatively early stages of their careers, and it’s our hope that, over time, individuals from their ranks will ascend to positions of greater responsibility at the journal. (Indeed, it has already begun to happen!)

The gender citation-balance tool is fondly referred to as the “GCBI,” “I” for index-alyzer. In spring 2020, from the comfort of my home office, I “attended” a talk at a neuromatch conference in which a colleague used tools from data science and graph theory to document and quantify the systemic bias of citation practices in neuroscience journals: Papers authored by men are cited far in excess of the proportion of men who are actively publishing in the field. (Interestingly, “everybody does it,” in the sense that papers first- and/or last-authored by women also, on average, overcite papers published by men.) Knowing that I was soon to take the reins at JoCN, during the summer of 2020 I asked research scientist Jacqueline Fulvio and summer research intern Ileri Akinnola to apply the same analyses to JoCN and—you guessed it—they found that the same patterns held. In effect, the number of X chromosomes that one carries determines whether one’s h-index will be inflated by 40% or discounted by 25%. The idea behind the GCBI tool is that authors can estimate the gender citation-balance index of their own manuscript, and this might help them be mindful of reducing bias in their own citation practices.

The MIT Press: Tell us a little more about your gender citation balance tool. What are your goals in implementing the tool? Do you expect any pushback?
Dr. Brad Postle: Despite my default don’t-rock-the-boat stance, I also appreciate the fact that when we do encounter something that is broken, or otherwise problematic, we have a responsibility to try to do something about it. I don’t have delusions that this one initiative at this one journal is going to reshape scientific publishing, but I am encouraged by research from social psychology on the phenomenon of “social norms messaging:” observing that others in one’s community hold prosocial values increases that likelihood that the observer will also start to espouse these values.

And to get to your question about pushback, let’s first summarize what this initiative consists of. Having quantified and documented the phenomenon (Fulvio, Akinnola, & Postle (2021) JoCN, vol 33:1), the visible change is that we call attention to it in the journal’s statement of editorial practices and in a Diversity in Citation Practices statement that has just started to appear at the end of every paper published in the journal. In addition, submitting authors are given the option to calculate the GCBIs for their own manuscript and to include them as part of their submission. For authors who choose to participate, reviewers are encouraged (but not required) to recommend inclusion of relevant papers that would reduce imbalances that may exist in the author’s Reference section. Thus, we’re not requiring anyone to change their current practices if they don’t want to, but we’ve created an easy option for those who might want to take relevant concrete action. I suppose that a cynic could accuse us of “virtue signaling,” but if that’s the worst criticism that I encounter during my tenure as EIC, I’ll be thrilled.

The MIT Press: In your opinion, do journal editors have a duty to address gender bias and to help drive equity?
Dr. Brad Postle: Duty is a strong word. But speaking for myself, I’m mindful of the fact that sustaining a successful career in academic science—which is hard for everybody—is considerably more difficult for my colleagues who aren’t male, who aren’t White, who aren’t cis-gendered, for whom English isn’t their native language, etc. As an editor, I’m in a position to take steps to try to make at least one aspect of our dodge less inequitable.

The MIT Press: Do you feel there is an issue with gender bias in the field of cognitive neuroscience more generally?
Dr. Brad Postle: Yes, of course. And as you know, there’s been a lot of ink spilled about how the pandemic is exacerbating many of the inequities that were already in place.

The MIT Press: You are now accepting registered reports at JoCN, where the research question and methodology are peer reviewed before researchers conduct an experiment. What is the benefit of doing this? Why do you think more journals don’t accept registered reports as a practice?
Dr. Brad Postle: I know, right? ‘If this is such a great thing, why hasn’t everyone embraced it?’ I think that many individual labs are experiencing something of a prisoner’s dilemma: People know that preregistration is ‘good for the field,’ but our incentive and reward structures don’t yet reflect this. For example, many of the journals that are perceived as being high-prestige journals don’t offer this format; many probably hold the assumption that if their preregistered study yields a null finding, it won’t be perceived as being “impactful.” I also suspect that many scientists don’t like the idea of submitting their ideas and their experimental designs to public scrutiny before data collection has started—it might feel to some too much like “being told what to do.” But I’m hopeful that this will change over time. It is primarily young scientists who have reached out to tell me that they are pleased to learn of this initiative.

The MIT Press: What research areas within the field of cognitive neuroscience interest you most? Are there any particular trends of study that you are drawn to?
Dr. Brad Postle: Now you know that I can’t play favorites! Cognitive neuroscience has always been noteworthy for its interdisciplinarity, and I think the adoption of principles and practices from machine learning and physics are particularly promising. We are, after all, studying the single most complex entity in the known universe.

The MIT Press: What do you see as the main benefit of introducing more transparency in the editorial process?
Dr. Brad Postle: We don’t pursue a career in basic science to get rich, or famous. And those who are still on their feet after successfully defending their PhD have developed very thick skin. Periodic opportunities for substantive and constructive interactions outside one’s own lab can be very affirming, whether it’s being invited to engage with a fellow reviewer in a deep dive into the problem being addressed by the paper you both reviewed, being asked by a senior colleague “what’s your opinion about this?” (and having that opinion carry weight), or feeling avuncular pride at watching a mentee make their own mark without any help from you. Increased transparency necessarily means democratizing the process, bringing in more people and listening to all of them. The hope is that it generates more belly rubs, more positive reward prediction errors.

The MIT Press: What are you most excited about in regards to JoCN for the coming year?
Dr. Brad Postle: I’m watching the development of the gender-citation balance initiative like a hawk. I really hope that when Jackie Fulvio analyzes the data from 2021 we’ll see evidence for an inflection toward greater gender equity in citation practices.

Learn more about the Journal of Cognitive Neuroscience