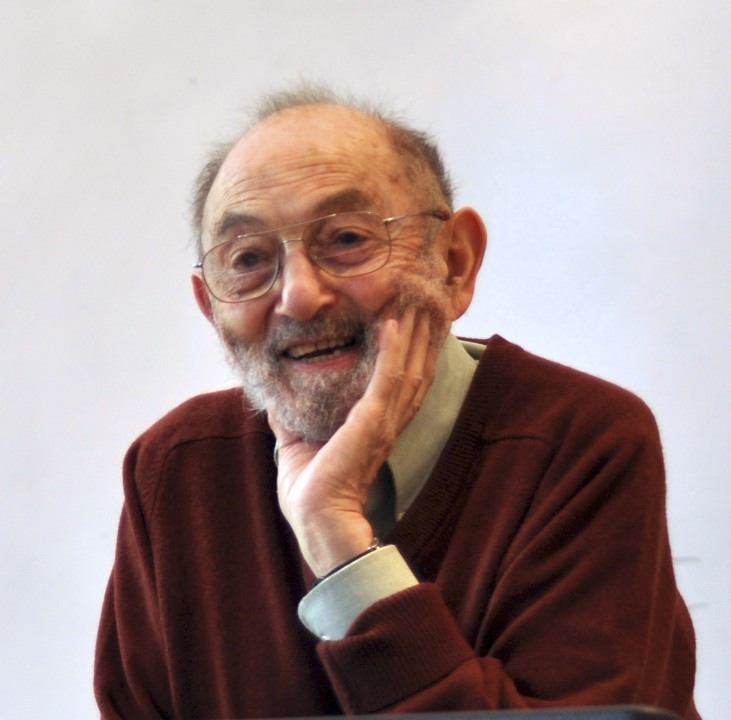 We note, with sadness, the passing of Morris Halle on April 2nd. Halle was one of the most accomplished and influential scholars in the field of linguistics.  He was an expert in phonology, the structure of sounds in language, helped found MIT’s renowned linguistics program, and published many books, including An Essay on Stress (with Jean-Roger Vergnaud) and The Sound Pattern of English (with Noam Chomsky). Halle’s influence was captured by Ora Matushansky and Alec P. Marantz in Distributed Morphology Today: Morphemes for Morris Halle, essays that offer original theoretical contributions in Distributed Morphology and highlight Halle’s lasting influence.

We asked Jay Keyser to reflect on Halle’s legacy. Keyser, a Professor Emeritus in MIT’s Department of Linguistics and Philosophy and Special Assistant to the Chancellor, was Halle’s friend and colleague for many years.  He is the series editor for the MIT Press Linguistic Inquiry series and author of many books, including Prolegomenon to a Theory of Argument Structure (with Ken Hale) and Mens et Mania: The MIT Nobody Knows.

When the history of modern theoretical linguistics is written, Morris Halle will be one of its chapter headings. Together with Noam Chomsky, his influence was seminal in turning linguistics from a descriptive discipline in which taxonomy counted for much and explanation for very little into the first explicit theory of the defining feature of homo sapiens, the ability to formulate and express an infinite number of thoughts. In this respect, the revolution wrought by Morris Halle and his colleague, Noam Chomsky, was akin to the Galilean revolution of the 17th century. Both led to profound changes in the way scientists thought about their domains.

I first experienced this revolution when I was a young graduate student at Yale University. Morris, a member of the foreign language section at MIT, was giving a talk at an American Mathematical Society meeting in New York City. The year was 1959. Morris was 36 years old. His talk was on Verner’s Law. The effect of that talk on me was electric. I had come from two years of very traditional philological study at Oxford University where I concentrated in Old and Middle English. I had one year of graduate study at Yale under the tutelage of scholars like Bernard Bloch. And here in New York I was listening to an approach to the study of diachronic linguistics that was as radical in its way as the Galilean program was to the neo-scholastics who preceded him. If Morris was right, then everything I had been taught was not just wrong, it was meaningless.

In that talk, Morris illustrated the difference between data and evidence. The former merely required a notebook. The latter required an idea. All my scholarly life up until that time had focused on notebooks. And here was someone who was handing me a philosopher’s stone that showed me how to transmute data for its own sake into evidence for an explanatory theory. 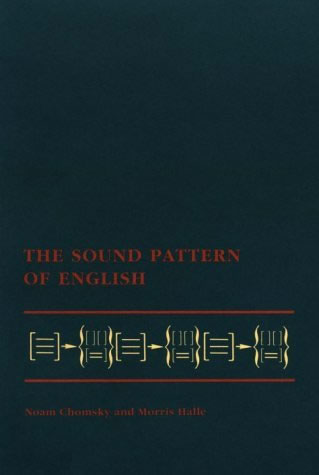 Morris began his education in the sciences. His approach to the study of language could not have been more compatible with the larger mindset of an education at MIT. His colleagues in other disciplines did not have to struggle to understand what he was about. Morris was responsible for bringing Noam Chomsky to the Institute and the two of them, together, propelled a little-known linguistics project into the number one theoretical department in the world.

I once asked Morris what he thought was the cornerstone of his approach to language. He said that it was taking what the theory tells you seriously. Morris illustrated this with reference to The Sound Pattern of English, a seminal work in the field of phonology that he wrote with Noam Chomsky, his friend and colleague for over 70 years. As they developed a system of rules to account for English phonology, including morphological alternation and stress assignment, a remarkable thing emerged. The theory was telling them that the Great Vowel Shift, a process that began around the time of Chaucer in 1400 and continued through the 18th-century, had become a part of every contemporary English speaker’s knowledge of his or her language. The significance of this remarkable result still remains to be appreciated as much as it remains to be understood. As Morris would say, “Pay attention to what the theory is telling you.”

Throughout his career Morris lived by that maxim. It characterized his work on stress, on the morphological component of grammar and his work on generative metrics, to name just a few of the many topics he explored in his rich and varied scholarly life.

It is rare that an individual has had such an impact on a field as did Morris Halle. Not only was his scholarship groundbreaking and seminal, but so, too, was his way of teaching how to carry out linguistic research. He treated his students as junior colleagues. He taxed them with problems that he would have worked on himself. He insisted that they argue their solutions with him. But best of all, perhaps, he never insisted that the theoretical direction his students took had to be his way. That liberal point of view grounded in rigor is why we have learned so much about language in the more than half-century since Morris took the stage at that American Mathematical Society meeting in 1959.