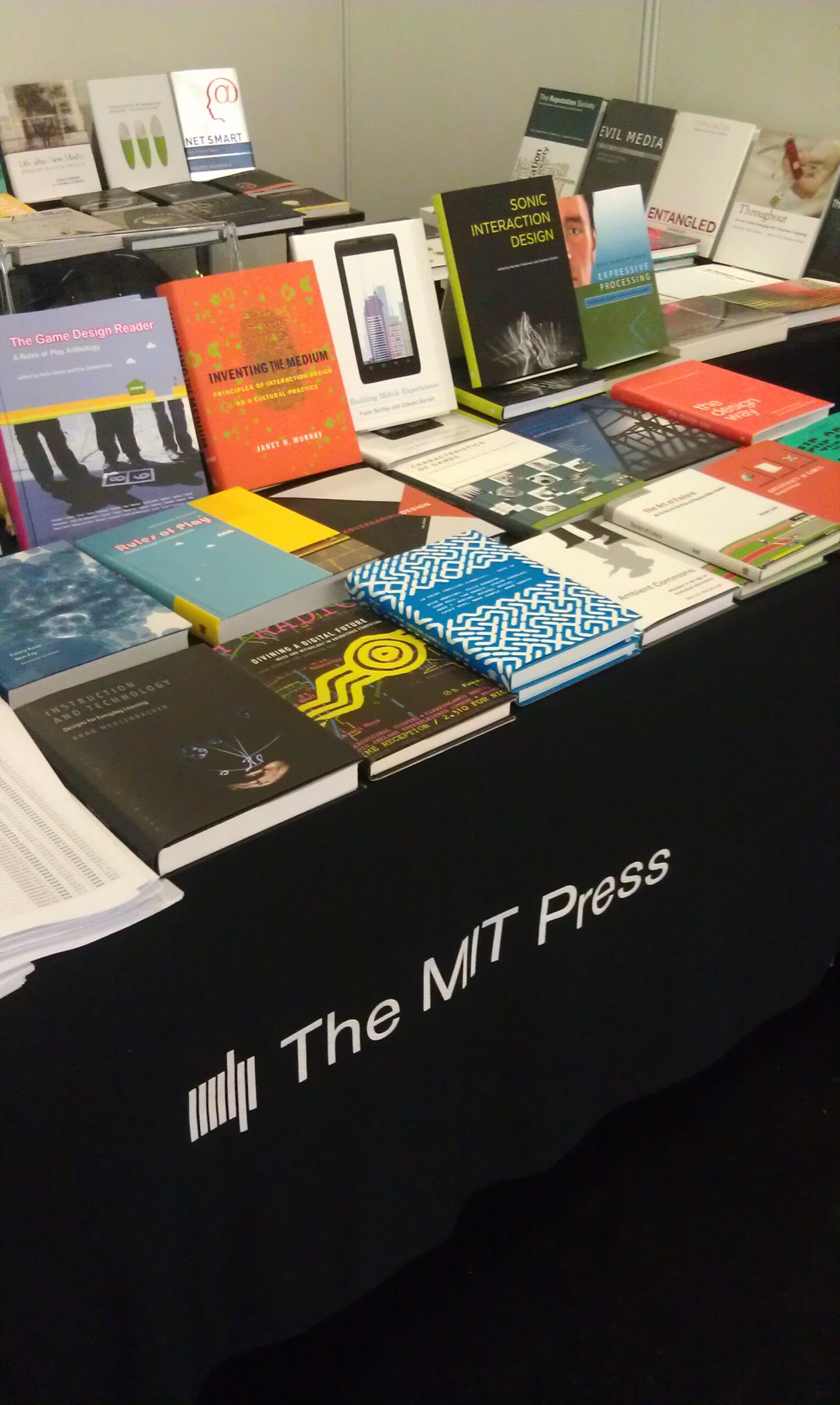 Every few years the stars align such that CHI and the MIT Press spring sales conference fall in the same week.  This was one such year. It’s usually our London-based Promotions Manager who has the lucky job of handling all European conferences, but as she was scheduled to be in Cambridge for the fortuitously-timed sales meeting, off to Paris I, my husband, and eight-month-old son went.

I admit I approached this trip with more trepidation than I have past business travel. Flying 3,500 miles with an infant takes some nerve (thank goodness for complimentary wine on transatlantic flights). Aside from the kiddo’s refusal to schedule naps around the viewing of all major landmarks and a brief run with a Parisian head cold at the end of the trip, we managed quite well.

CHI was unique this year in that exhibitors were not permitted to sell books. That’s a tough spot to be in given that this is one of the larger conferences for the Press and we usually post impressive sales across a wide range of disciplines. It was especially disappointing watching our conference regulars, who usually leave the booth with their plane reading tucked under an arm, walk away instead empty-handed. But despite that one complaint, it was—and always will be—a pleasure and a vital part of publishing to interact with authors and readers outside the confines of Microsoft Outlook. 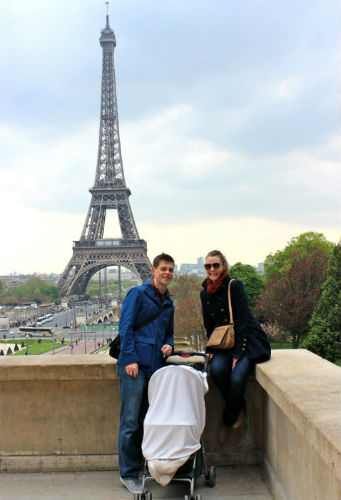 This year’s conference was held at the Palais de Congrès de Paris, which is about a twelve-minute walk from the Arc de Triomphe. It’s quite a hot spot to be in if you have any interest in watching or partaking in May Day demonstrations (though admittedly a bit disconcerting for a Bostonian too accustomed to seeing city streets filled with law enforcement officials of late).

Outside exhibit hours, Paris kept our stomachs satisfied and our wine glasses full. I managed to consume my body weight in a breakfasty delicacy called pain au chocolat. And the pours at a charming and musty old wine shop in St. Germain put to shame all stateside tastings I’ve ever been to. Now, a week later, five pounds heavier and still a bit jet-lagged, we’re home and savoring the last of the macaroons—la bonne vie!