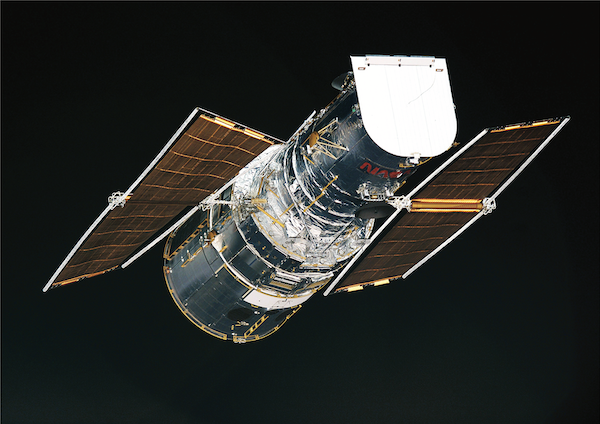 Sullivan, the first American woman to walk in space, visits the UK on tour for her autobiography, Handprints on Hubble

The MIT Press is delighted to announce that astronaut Kathryn (Kathy) Sullivan, the first American woman to walk in space and author of Handprints on Hubble, will be visiting the UK to present her autobiography in March 2020.

In her book, Sullivan chronicles her early life as a “Sputnik Baby,” her path to NASA through oceanography, and her initiation into the space program as one of “thirty-five new guys.” She describes in vivid detail what liftoff feels like inside a spacecraft (it’s like “being in an earthquake and a fighter jet at the same time”), shows us the view from a spacewalk, and recounts the temporary grounding of the shuttle program after the Challenger disaster.

Sullivan’s trip coincides with the celebrations for the 30th anniversary of the Hubble Space Telescope, which she deployed as part of the team of the Space Shuttle Discovery.

Tour Schedule for Handprints on Hubble

Kathryn D. Sullivan is a retired NASA astronaut, former Under Secretary of Commerce for Oceans and Atmosphere of the National Oceanic and Atmospheric Administration (NOAA), and an inductee in the Astronaut Hall of Fame.

Learn more about Handprints on Hubble