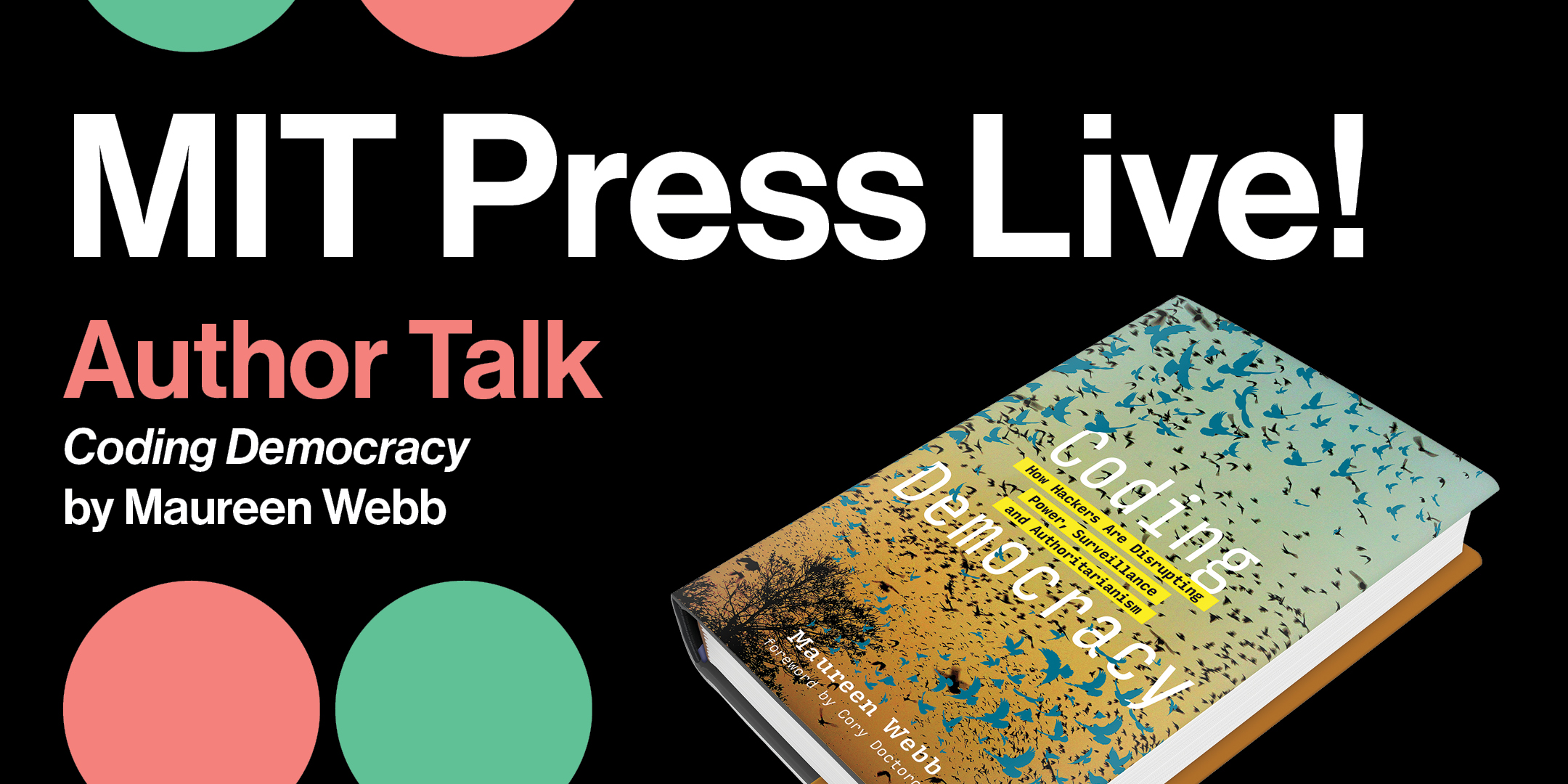 Hackers have a bad reputation, as shady deployers of bots and destroyers of infrastructure. In Coding Democracy, Maureen Webb offers another view. Hackers, she argues, can be vital disruptors. Hacking is becoming a practice, an ethos, and a metaphor for a new wave of activism in which ordinary citizens are inventing new forms of distributed, decentralized democracy for a digital era. Confronted with concentrations of power, mass surveillance, and authoritarianism enabled by new technology, the hacking movement is trying to “build out” democracy into cyberspace.

Webb travels to Berlin, where she visits the Chaos Communication Camp, a flagship event in the hacker world; to Silicon Valley, where she reports on the Apple-FBI case, the significance of Russian troll farms, and the hacking of tractor software by desperate farmers; to Barcelona, to meet the hacker group XNet, which has helped bring nearly 100 prominent Spanish bankers and politicians to justice for their role in the 2008 financial crisis; and to Harvard and MIT, to investigate the institutionalization of hacking. Webb describes an amazing array of hacker experiments that could dramatically change the current political economy. These ambitious hacks aim to displace such tech monoliths as Facebook and Amazon; enable worker cooperatives to kill platforms like Uber; give people control over their data; automate trust; and provide citizens a real say in governance, along with capacity to reach consensus. Coding Democracy is not just another optimistic declaration of technological utopianism; instead, it provides the tools for an urgently needed upgrade of democracy in the digital era.

Maureen Webb is a labor lawyer and human rights activist. She is the author of Illusions of Security: Global Surveillance and Democracy in the Post-9/11 World and has taught national security law as an Adjunct Professor at the University of British Columbia.