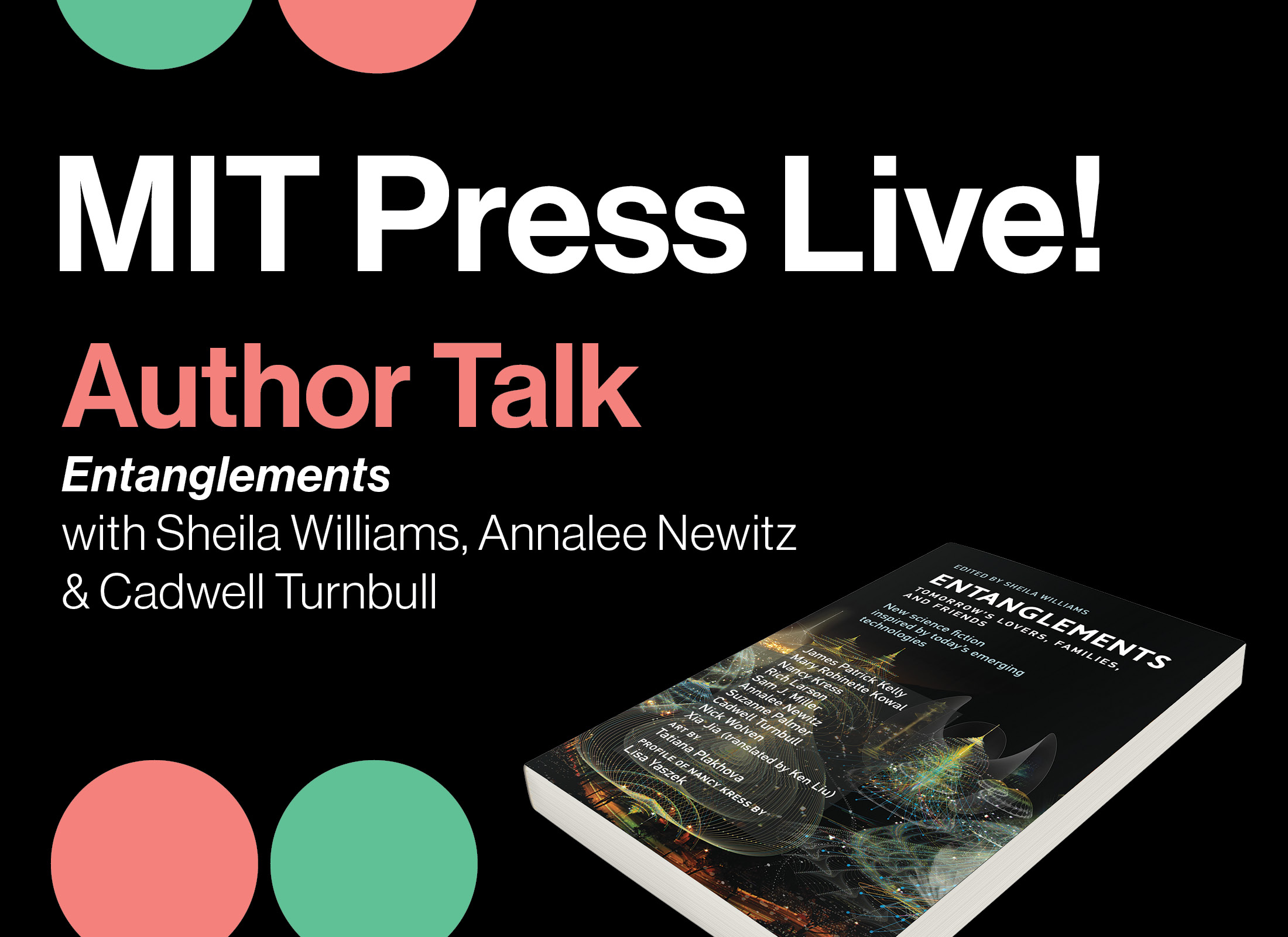 In a future world dominated by the technological, people will still be entangled in relationships—in romances, friendships, and families. Entanglements: Tomorrow’s Lovers, Families, and Friends—a volume in the Twelve Tomorrows series—considers the effects that scientific and technological discoveries will have on the emotional bonds that hold us together.

The strange new worlds in these stories feature AI family therapy, floating fungitecture, and a futuristic love potion. A co-op of mothers attempts to raise a child together, lovers try to resolve their differences by employing a therapeutic sexbot, and a robot helps a woman dealing with Parkinson’s disease. Contributions include Xia Jia’s novelette set in a Buddhist monastery, translated by the Hugo Award-winning writer Ken Liu; a story by Nancy Kress, winner of six Hugos and two Nebulas; and a profile of Kress by Lisa Yaszek, Professor of Science Fiction Studies at Georgia Tech. Stunning artwork by Tatiana Plakhova—”infographic abstracts” of mixed media software—accompanies the texts.

Sheila Williams is the multiple Hugo-award winning editor of Asimov’s Science Fiction magazine and the editor or co-editor of more than two dozen anthologies.

Find out more about how the collection and the stories came together as science fiction authors James Patrick Kelly, Nancy Kress, and Sam J. Miller discuss their contributions and read exclusive extracts from the book.