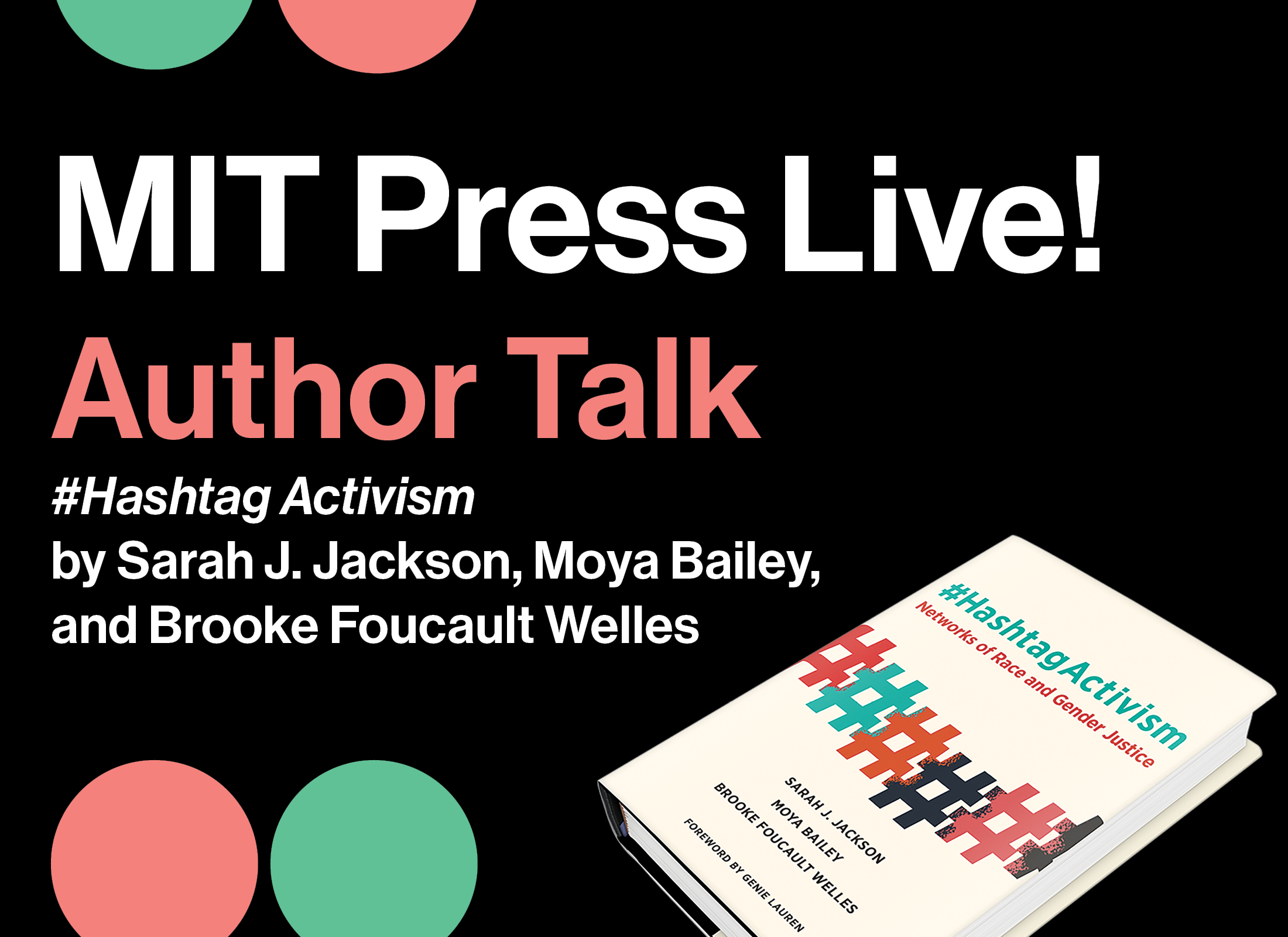 MIT Press Live! presents a virtual author talk with the authors of #HashtagActivism

The power of hashtag activism became clear in 2011, when #IranElection served as an organizing tool for Iranians protesting a disputed election and offered a global audience a front-row seat to a nascent revolution. Since then, activists have used a variety of hashtags, including #JusticeForTrayvon, #BlackLivesMatter, #YesAllWomen, and #MeToo to advocate, mobilize, and communicate. In #HashtagActivism, Sarah Jackson, Moya Bailey, and Brooke Foucault Welles explore how and why Twitter has become an important platform for historically disenfranchised populations, including Black Americans, women, and transgender people. They show how marginalized groups, long excluded from elite media spaces, have used Twitter hashtags to advance counternarratives, preempt political spin, and build diverse networks of dissent.

The authors describe how such hashtags as #MeToo, #SurvivorPrivilege, and #WhyIStayed have challenged the conventional understanding of gendered violence; examine the voices and narratives of Black feminism enabled by #FastTailedGirls, #YouOKSis, and #SayHerName; and explore the creation and use of #GirlsLikeUs, a network of transgender women. They investigate the digital signatures of the “new civil rights movement”—the online activism, storytelling, and strategy-building that set the stage for #BlackLivesMatter—and recount the spread of racial justice hashtags after the killing of Michael Brown in Ferguson, Missouri, and other high-profile incidents of killings by police. Finally, they consider hashtag created by allies, including #AllMenCan and #CrimingWhileWhite.

Sarah J. Jackson is Presidential Associate Professor in the Annenberg School for Communication at the University of Pennsylvania.

Moya Bailey is Assistant Professor in the Department of Cultures, Societies, and Global Studies at Northeastern University.

Brooke Foucault Welles is Associate Professor in the Department of Communication Studies at Northeastern University.