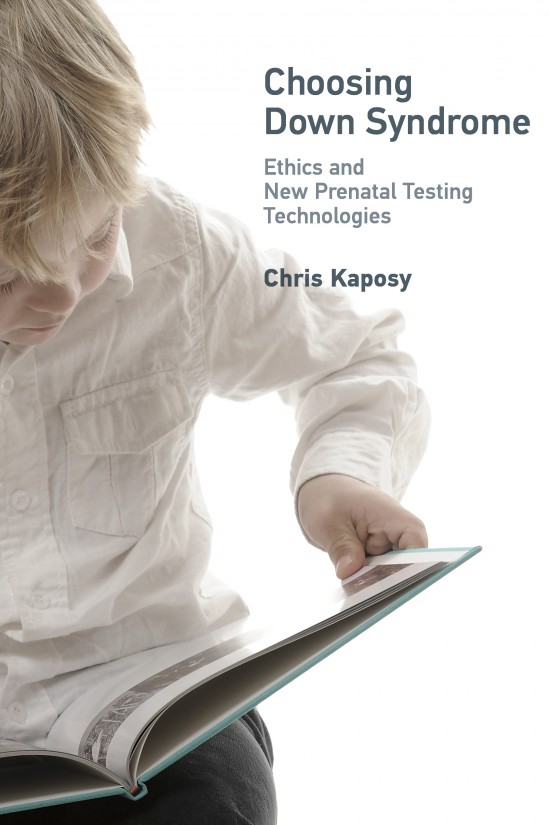 My book, Choosing Down Syndrome is about parenting children with Down syndrome, and what parenting experiences can tell us about the ethics of prenatal testing and selective abortion. These technological interventions in pregnancy are often used to avoid giving birth to children like my son Aaron, who has Down syndrome. Aaron recently turned 9 years old.

Since this is Father’s Day (June 17 2018) it is an occasion for me to reflect on what it means to be Aaron’s father. Though Aaron has been one inspiration for my book, equal in their inspiration have been my daughter Elizabeth, who is 12, and my son Ty, who just turned 5. My partner in parenting these three children is my wife Jan. By writing Choosing Down Syndrome, I find that my identity as a parent of a child with a disability has been strengthened. When you become such a parent, you tend not to wear this identity lightly – or such has been my experience. The fact that I am Aaron’s dad is one of the most important things to know about me, if you really want to get to know me. But when I reflect on what it means to be a father, rather than calling to mind moments in my life with Aaron, my mind goes back to when I first became a father, when Elizabeth was born 12 years ago.

I often tell people that Elizabeth’s birth was a greater life change than Aaron’s birth. Moving from not being a dad at all, to suddenly being responsible for an infant, was more momentous and challenging than the transition before and after Aaron’s birth. When Aaron was born, I already knew something about being a father, since I had been Elizabeth’s father for 3 years. In comparison, on the day after Elizabeth was born I remember holding her in my arms as I was being instructed how to bathe a baby, thinking that I had no idea how to perform any of the tasks associated with parenting. Jan is a nurse, so I was hoping that she had a better idea how to do such things, and would teach me. But at the moment, I felt completely lost, as though I was standing over a precipice with a baby in my arms, for whom I was responsible. I was confident that it was OK to let Jan leave the hospital with Elizabeth, but the thought of leaving me in charge of her as her father seemed ridiculous and negligent.

By the time Aaron came around I knew that he would be very much like any other infant. His increased needs would, perhaps, be a few degrees greater as compared to Elizabeth. Becoming Elizabeth’s Dad was a shocking lifestyle change. With Aaron, I had already settled in to fatherhood. These reflections are consistent with some arguments I advance in Choosing Down Syndrome. People often overestimate how difficult it would be to parent a child with Down syndrome. The research evidence suggests that families that include children with Down syndrome function well, and are stable. Their siblings love their brothers and sisters who have Down syndrome, and they often benefit from the presence of a person with Down syndrome in their lives. Even though the trend in biotechnology is to develop tests that make it easier to diagnose Down syndrome in pregnancy, and thereby facilitate selective termination, I think we should instead normalize the decision to parent children with this condition, and normalize families like ours.

At 12 years old, Elizabeth is a wonderful, caring, and conscientious person. Her brother Ty just had his 5th birthday party. Elizabeth took the lead with creating a game of “pin the eye on the monster” for the party (both Ty and Aaron like monsters), and she took charge when the kids were playing. I became a father when Elizabeth was born, and she makes me proud of her every day.