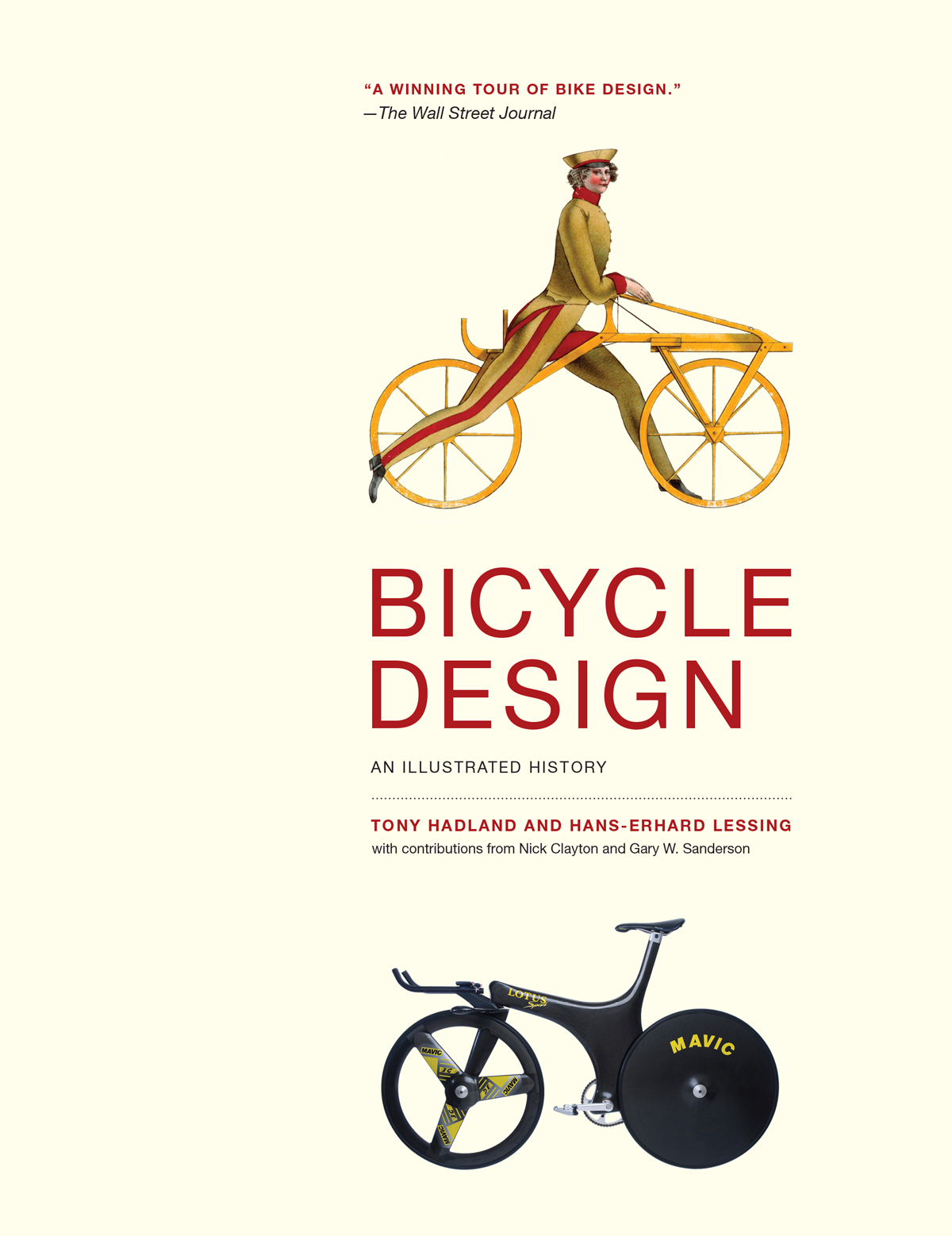 For over 60 years National Bike Month and Bike to Work Day have celebrated the unique power of the bicycle and the many reasons why we ride. 2017 marks the bicentennial of the bicycle making this year’s celebration extra special. We asked Tony Hadland and Hans-Erhard Lessing, the authors of the recently released paperback edition of Bicycle Design: An Illustrated History, to reflect on everyday cycling through history.

Yes, cyclling is 200 years old now and still thriving. Some people make a distinction and claim that the bicycle is merely 150 years old, since the term “bicycle” arose only in 1867 when pedals were attached to the front wheel. “Bicycle”, meaning two-wheeled, came from the French, yet a two-wheeler without pedals could be pretty fast anyway. Pushing the machine by long, powerful strides ensured the rider always had contact with safe ground.

When inventor Karl Drais left his home town Mannheim on his two-wheeler for the countryside early on June 12, 1817, it wasn’t to ride to work. Actually, he’d been on leave of absence from his duties as a forester for six years and no longer lived in a forest. We don’t have many testimonials from early-adopters of his so-called Laufmachine or Draisine—just four so far. Students were the main user group in Germany, and one of them, Ján Kollár from Slovakia, studied theology at the university of Jena. Every Sunday, he rode four miles on a draisine to the church at Lobeda to train as a preacher and to court the pastor’s daughter. At least the first part could be described as work! Having become a professor of classics and married his darling, Kollár included this episode in his nationalist poem “Slavy Dcery”. In contrast to the dandies of London, German riders apparently had more utilitarian purposes in mind. A plate in a German fashion journal of November 1817 shows a student on a pirated machine with two large baskets to take goodies along. Since they preferred sidepaths to the rutted carriageways, draisine riders provoked clampdowns by the authorities in Mannheim, Milan, London, Philadelphia, New York and even Calcutta. An exemption must have been Paris, where as late as 1866 draisines were in use, e.g. by a milliner to deliver hats to his customers.

The next evolutionary step was cranking while balancing. That became feasible after people had lost their anxiety about balancing on the rocking roller skates from the US. The cranked velocipedes of Compagnie Parisienne became all the rage, but we have literally not a single report on any ride to work. Instead, racing blossomed. But finally, the more social roller skating, which took place in covered rinks, sometimes in the context of masked balls, put the heavy celibatarian machines out of fashion.

Enter the United Kingdom, with its spider-web high-wheelers for the risk-taking youngsters who didn’t care about breaking their necks. Definitely, British sporting spirit saved the bicycle from another slump for decades. Not many bike to work stories are known. In Germany, ball-bearing pioneer Friedrich Fischer, initially a sewing-machine dealer, is reported to have visited his sewing-machine customers on his high-wheeler. In Singapore, Chinese labourers reportedly rode theirs to work on the wharf. Pedal tricycles kept the flag flying, with all kinds of cargo trikes and rickshaws coming into commercial use. But those individuals would could afford a privately-owned trike didn’t ride to work—nor even had to work. In fact, pedal tricycles never got the chance to develop into a mass-produced everyday vehicle for commuters.

Why? The culprit (but in a good way) was the safety bicycle, like the Rover that set the fashion for the world. It became the automobile of the 19th century. Soon everybody cycled to work on it. 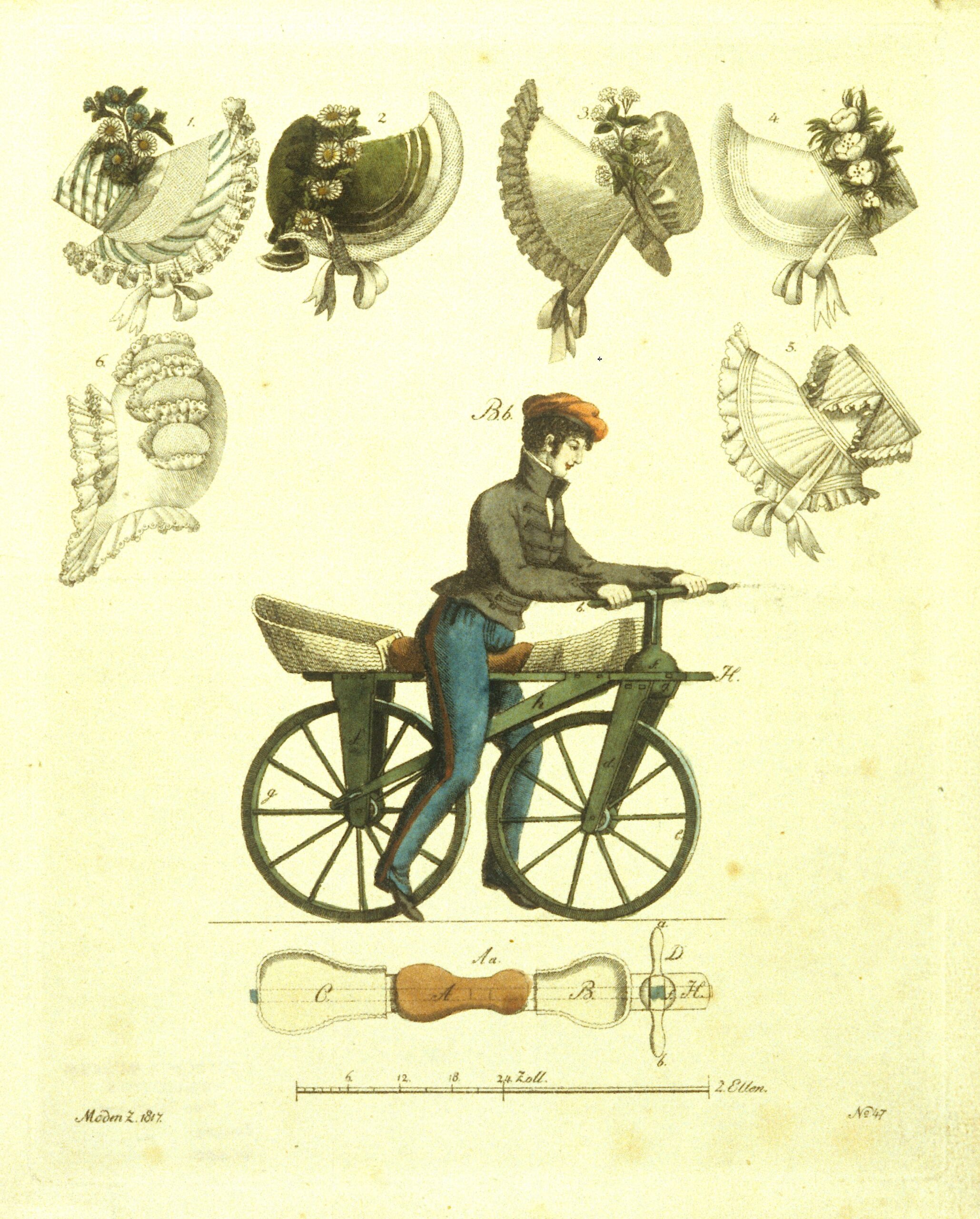 German student on a pirated draisine with large baskets in a fashion journal of 1817. His so-called “old-German” attire was a political statement for reunification of the Napoleonic satellite duchies to a German empire. (photo H.E.Lessing) 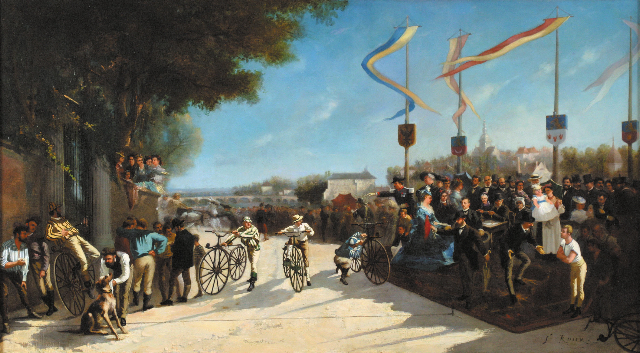 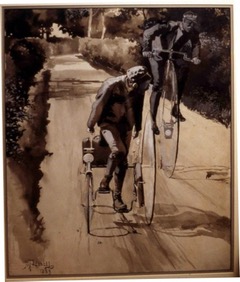 Moonshine competition between a Coventry Rotary tricycle and a high-wheeler (by Joseph Pennell 1883; courtesy of Lorne Shields collection) 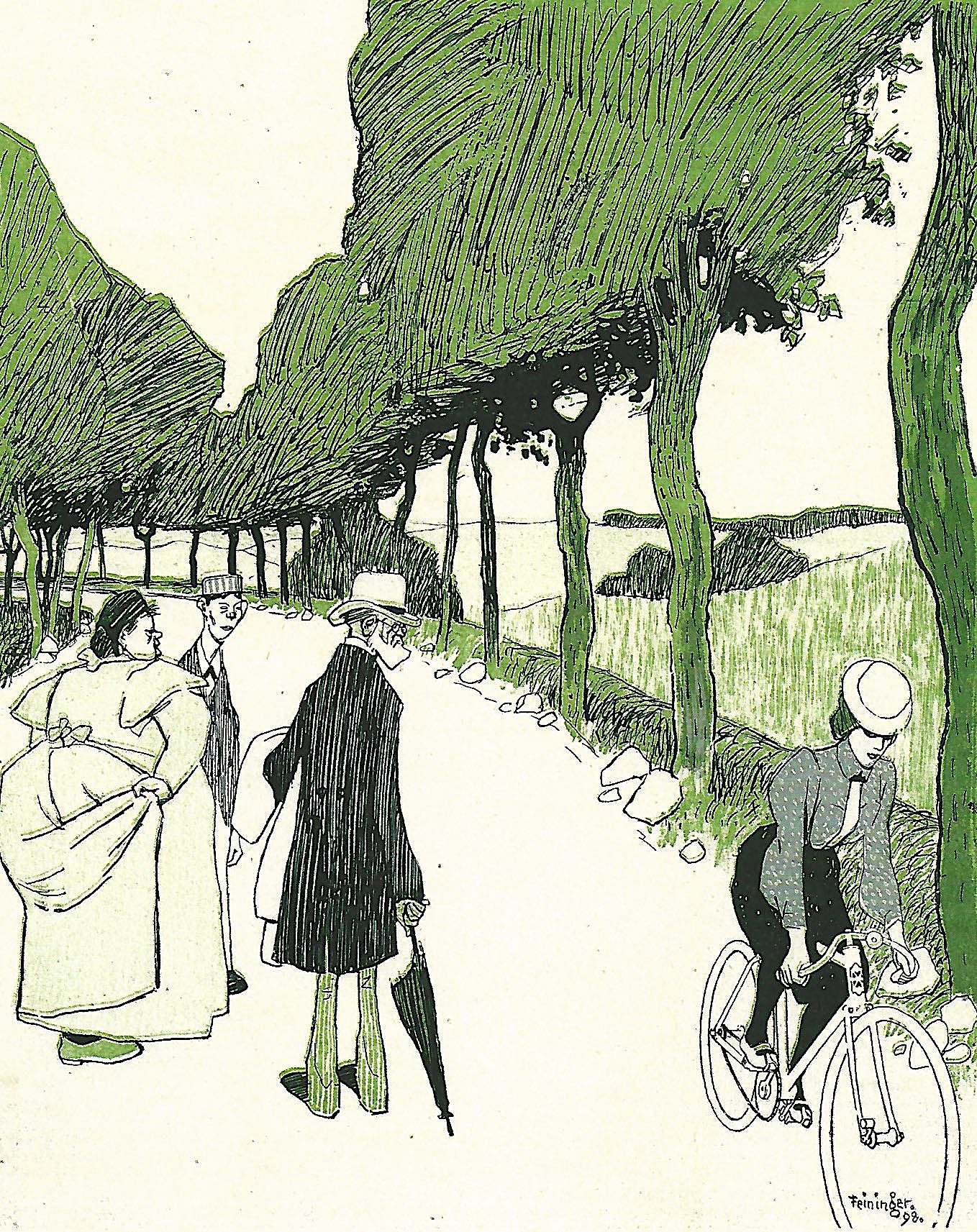