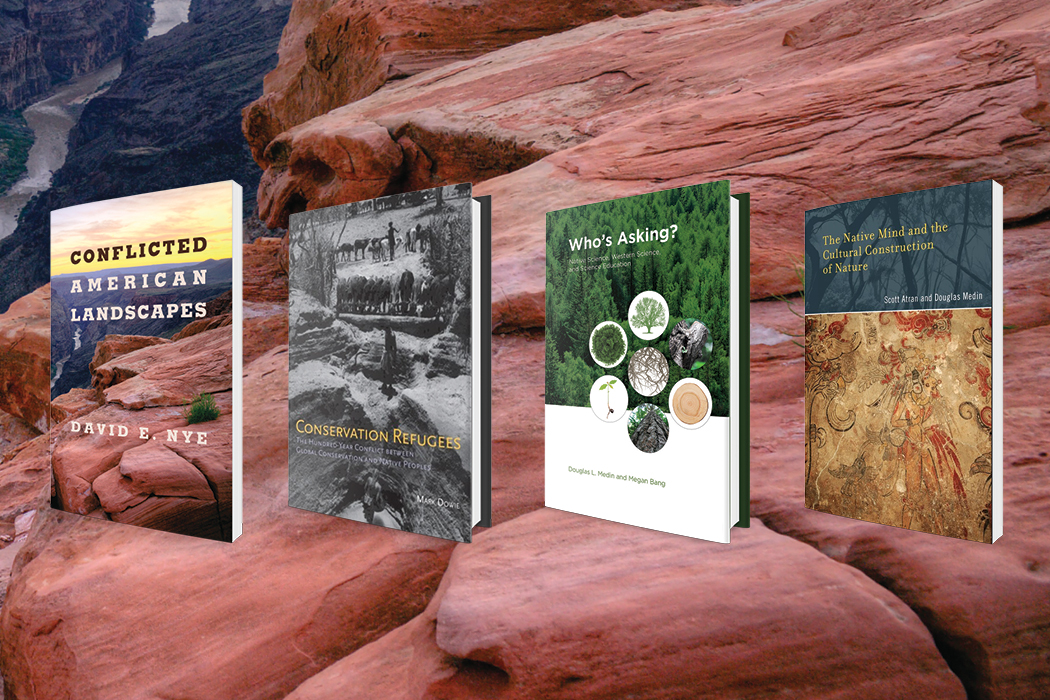 Native American Heritage Month begins this week, paying tribute to the ancestry and traditions of America’s indigenous peoples. This year we commemorate the holiday with the following selection of works that examine issues of importance to Native Americans nationwide, while also acknowledging the complicated history of both the Institute and the Press with respect to native peoples and lands. 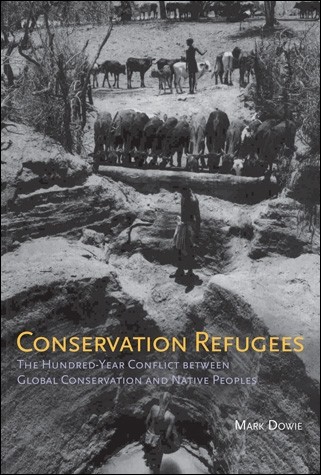 Since 1900, more than 108,000 officially protected conservation areas have been established worldwide, largely at the urging of five international conservation organizations. About half of these areas were occupied or regularly used by indigenous peoples. Millions who had been living sustainably on their land for generations were displaced in the interests of conservation. In Conservation Refugees, Mark Dowie tells this story.

This is a “good guy vs. good guy” story, Dowie writes; the indigenous peoples’ movement and conservation organizations have a vital common goal—to protect biological diversity—and could work effectively and powerfully together to protect the planet and preserve biological diversity. Yet for more than a hundred years, these two forces have been at odds. The result: thousands of unmanageable protected areas and native peoples reduced to poaching and trespassing on their ancestral lands or “assimilated” but permanently indentured on the lowest rungs of the money economy.

When conservationists and native peoples acknowledge the interdependence of biodiversity conservation and cultural survival, Dowie writes, they can together create a new and much more effective paradigm for conservation.

Read/listen to an excerpt of the book in the MIT Press Reader: The Myth of a Wilderness Without Humans 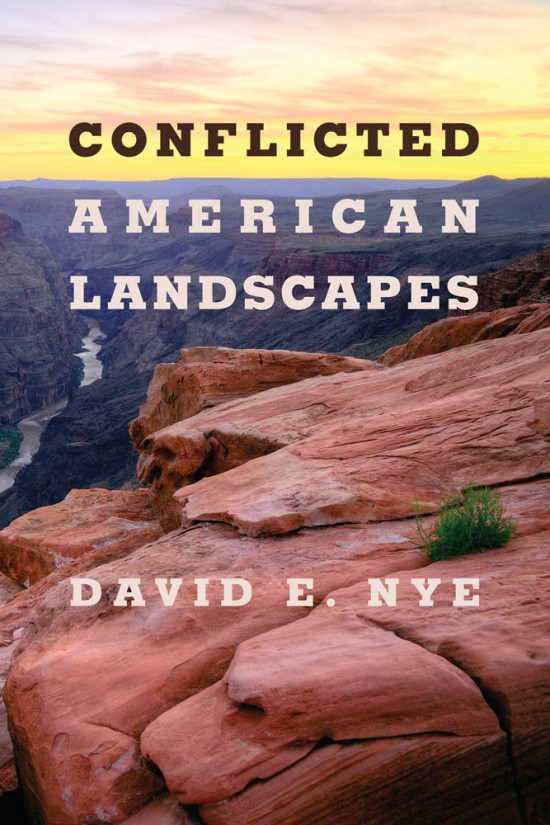 A landscape is conflicted when different groups have different uses for the same location—for example, when some want to open mining sites that others want to preserve or when suburban development impinges on agriculture. Nye traces these conflicts to clashing conceptions of nature—ranging from pastoral to Native American to military-industrial—that cannot be averaged into a compromise. Nye argues that today’s environmental crisis is rooted in these conflicting ideas about land. America’s contradictory conceptions of nature are at the heart of a broken national consensus.

“A well-argued account of how different constituencies view landscapes differently, making agreement on their conservation and use nearly impossible.” —Kirkus Reviews, starred review

Read an excerpt of the book in the MIT Press Reader: America’s Conflicted Landscapes 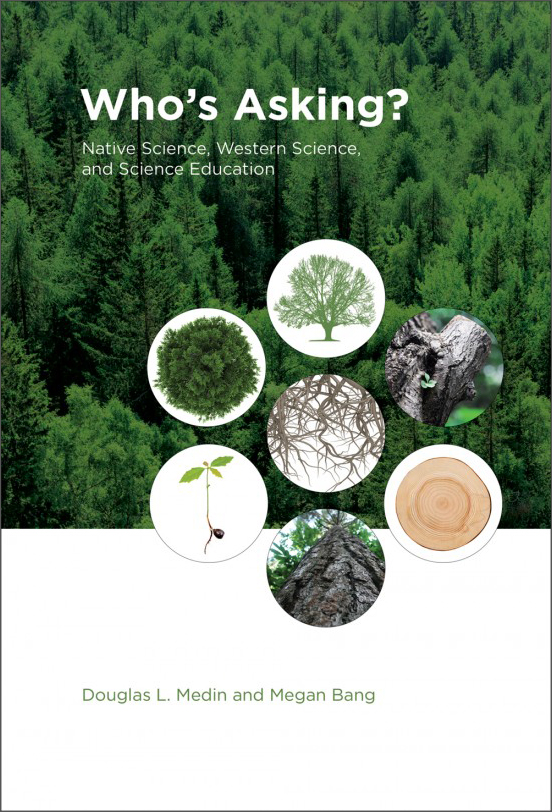 The answers to scientific questions depend on who’s asking, because the questions asked and the answers sought reflect the cultural values and orientations of the questioner. These values and orientations are most often those of Western science. In Who’s Asking?, Douglas Medin and Megan Bang argue that despite the widely held view that science is objective, value-neutral, and acultural, scientists do not shed their cultures at the laboratory or classroom door; their practices reflect their values, belief systems, and worldviews. Medin and Bang argue further that scientist diversity—the participation of researchers and educators with different cultural orientations—provides new perspectives and leads to more effective science and better science education.

They compare Native American and European American orientations toward the natural world and apply these findings to science education, then report on the development of ecologically oriented and community-based science education programs on the Menominee reservation in Wisconsin and at the American Indian Center of Chicago. Their novel argument for scientist diversity also has important implications for questions of minority underrepresentation in science.

“An insightful read demonstrating the importance of incorporating cultural, indigenous and community epistemologies in science teaching and professional practice.” —LSE Review of Books

Related article: Sequoyah and the Almost-Forgotten History of Cherokee Numerals

The Native Mind and the Cultural Construction of Nature by Scott Atran and Douglas L. Medin 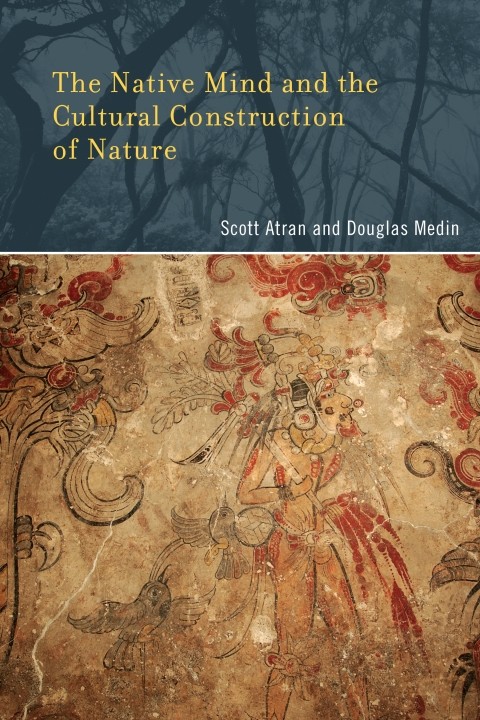 Surveys show that our growing concern over protecting the environment is accompanied by a diminishing sense of human contact with nature. Many people have little commonsense knowledge about nature—are unable, for example, to identify local plants and trees or describe how these plants and animals interact. Researchers report dwindling knowledge of nature even in smaller, nonindustrialized societies. In The Native Mind and the Cultural Construction of Nature, Scott Atran and Douglas Medin trace the cognitive consequences of this loss of knowledge. Drawing on nearly two decades of cross-cultural and developmental research, they examine the relationship between how people think about the natural world and how they act on it and how these are affected by cultural differences.

These studies, which involve a series of targeted comparisons among cultural groups living in the same environment and engaged in the same activities, reveal critical universal aspects of mind as well as equally critical cultural differences. Atran and Medin find that, despite a base of universal processes, the cultural differences in understandings of nature are associated with significant differences in environmental decision making as well as intergroup conflict and stereotyping stemming from these differences. The Native Mind and the Cultural Construction of Nature offers new perspectives on general theories of human categorization, reasoning, decision making, and cognitive development.

“The Native Mind is a milestone in interdisciplinary work. Through painstaking analysis of deeply complex phenomena, Atran and Medin make significant advances in our understanding of cognition in context.” —N.J. Enfield, Times Literary Supplement 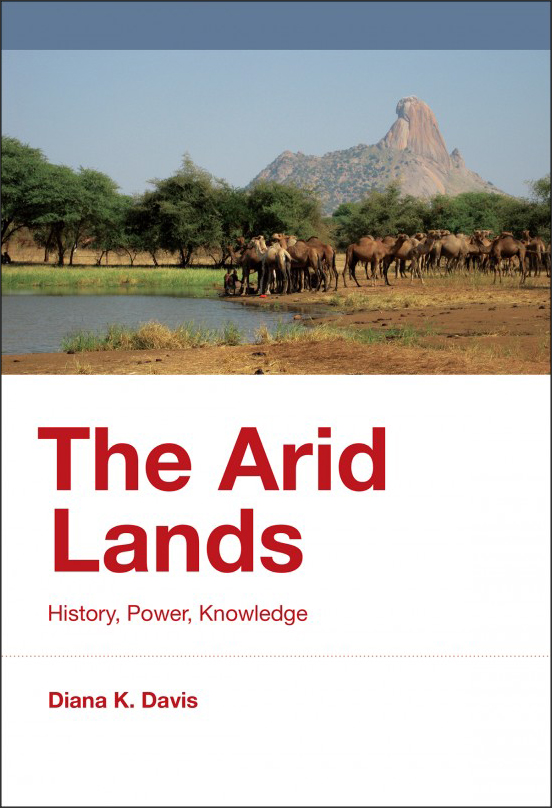 Deserts are commonly imagined as barren, defiled, worthless places, wastelands in need of development. This understanding has fueled extensive anti-desertification efforts—a multimillion-dollar global campaign driven by perceptions of a looming crisis. In this book, Diana Davis argues that estimates of desertification have been significantly exaggerated and that deserts and drylands—which constitute about 41% of the earth’s landmass—are actually resilient and biodiverse environments in which a great many indigenous people have long lived sustainably. Meanwhile, contemporary arid lands development programs and anti-desertification efforts have met with little success. As Davis explains, these environments are not governed by the equilibrium ecological dynamics that apply in most other regions.

Davis shows that our notion of the arid lands as wastelands derives largely from politically motivated Anglo-European colonial assumptions that these regions had been laid waste by “traditional” uses of the land. Unfortunately, such assumptions still frequently inform policy. Davis concludes that a new understanding of the arid lands as healthy, natural, but variable ecosystems that do not necessarily need improvement or development will facilitate a more sustainable future for the world’s magnificent drylands.

“This book is a call for a new understanding of arid lands, their history, their future, and their possibilities. Turns out deserts aren’t such a dry subject after all.” —Landscape Architecture

Read an excerpt of the book on the MIT Press Reader: Of Deserts and Decolonization: Dispelling Myths About Drylands