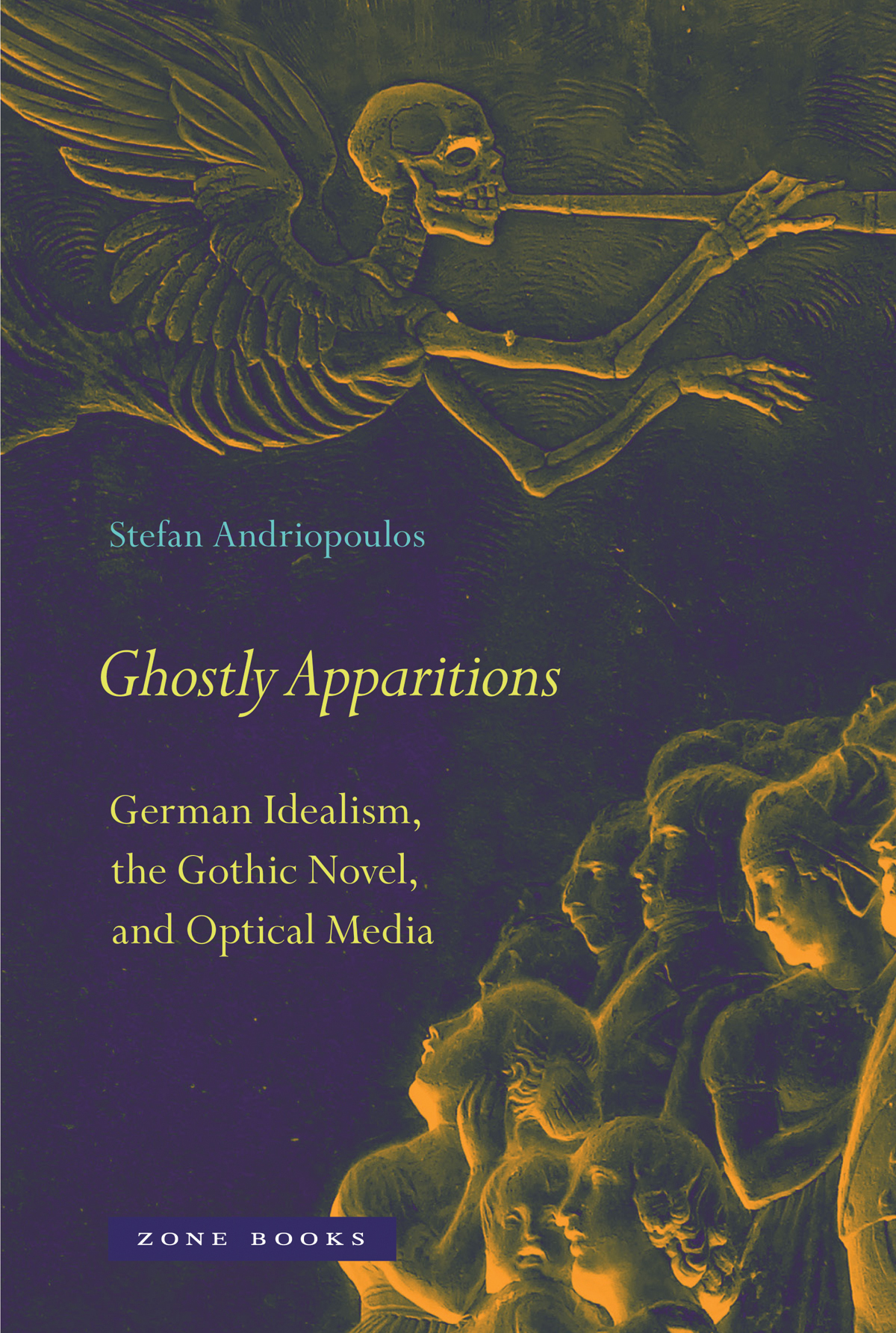 Since the beginning of narrative time, ghost stories—tales of disembodied beings returning from the beyond to haunt the people and places they left behind—have figured prominently in the folklore of cultures around the world. And from Homer and Shakespeare to modern movies and television shows like Medium and The Sixth Sense, ghost stories have long fascinated the Western imagination.

In his book Ghostly Apparitions: German Idealism, the Gothic Novel, and Optical Media, Stefan Andriopoulos recounts several ghost stories, in part, to trace their correspondence with the rise of immersive reading practices due to the wide availability of popular fiction and the exploding print media market in nineteenth century German society. As a key piece of his argument, Andriopoulos explains that a serial succession of ghostly appearances is central to Friedrich von Schiller’s The Ghost Seer. Andriopoulos retells terrifying scenes of ghostly apparitions such as these:

“On a sudden we all felt, at the same instant, a stroke as of a flash of lightning, so powerful that our hands flew apart; a terrible thunder shook the house, the locks jarred; the doors full shut; the cover of the silver box fell down and extinguished the light, and on the opposite wall, over the chimney piece, appeared a human figure in a bloody shirt, with the paleness of death on its countenance…”

“In phantasmagorical presentations it is night on all sides; here a bloody head suddenly surges forward, there another white form abruptly appears, before vanishing again.”

“The Prince encounters the female figure in an empty chapel, where she is perfectly lit by the setting sun entering through a single window, and he responds to this sighting with “terror,” a reaction more appropriate to the sublime than to the beautiful. As as result, Baron F questions the Prince about this vision in terms that suggest a ghostly manifestation: “But this figure, your highness? Are you certain that it was something living, something real, and not perhaps a mere picture, or an illusion of your fancy?”

In Andriopoulos’s analysis, the spectral scenes represent theoretical underpinnings that reveal a narrative device of shock and terror that mimics the “reader immersed into sensationalist fiction, one who is subject to ‘reading addiction’ ” and a loss of reality.