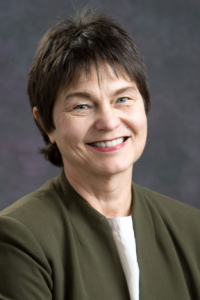 More sad news: Suzanne Scotchmer, author of Innovation and Incentives, passed away on Jan. 30. At the time of her death Suzanne was Professor of Law, Economics, and Public Policy at the University of California, Berkeley, where she’s been since 1986. In a post on the Digitopoly blog, Joshua Gans wrote that she was “one of the most significant figures in applied economic theory over the past few decades. The loss from cancer came as a shock to many of us in the field. I can hardly imagine attending conferences without her there.” And Henry Brady, dean of Berkeley’s Goldman School of Public Policy, one of the Berkeley schools at which she held an appointment, wrote to colleagues that “Suzanne championed intellectual rigor and tough-minded thinking about public policy. She also provided us with a model of how to combine economic thinking with public policy analysis. We all learned from her example and her teaching…[She] had the gift of being able to get at the fundamental issues in any area she studied, and she constructed elegant and parsimonious models that shed light on the mechanisms at work in these areas. Her intellect was deep and profound.”

Rather than dwell on her professional work, it seems appropriate to mention her home. Scotchmer was born in Pelican Bay, a fishing village in Alaska. A visit to the bio on her Berkeley faculty page includes a series of wonderfully atmospheric stories about her upbringing that she wrote for various Alaska magazines. One that’s especially touching now is a reminiscence of her father. It begins:

My father was a fisherman, and he died at the only possible time: in winter. Summer was out of the question, because that was when he wanted to be fishing. It couldn’t have been in fall, as that would have interfered with hunting. And it couldn’t have been before Christmas; who would have kippered the fish for friends and family?”

Daddy’s accumulating medical problems made it difficult for him to fish in his last winter, and he fretted for weeks before Christmas because he did not have a fresh king salmon to kipper. Finally he kippered a frozen salmon that he had caught the previous summer. Our shipment came with fulsome apologies for the fact that the salmon had been frozen, but we and our friends thought it was wonderful. Later in the winter he lay in a Seattle hospital, unconscious of his own misery. My brother arrived from Alaska with a box full of venison and lox. I had never needed comfort food more. He died that winter, and my brother took his ashes to sea.

We don’t have kippered salmon at Christmas anymore, or even lox. I went to the delicatessen last year on December 24, and found it full of salmon, beautifully executed and reasonably priced. I dithered at the counter for at least half an hour, trying to make a choice, and trying the patience of the clerk who was helping me. Where does it come from? Alaska? Oregon? Is it wild fish or farm fish? Where was it smoked? Was it smoked over alder?

In the end I didn’t buy any. They didn’t have the right kind.