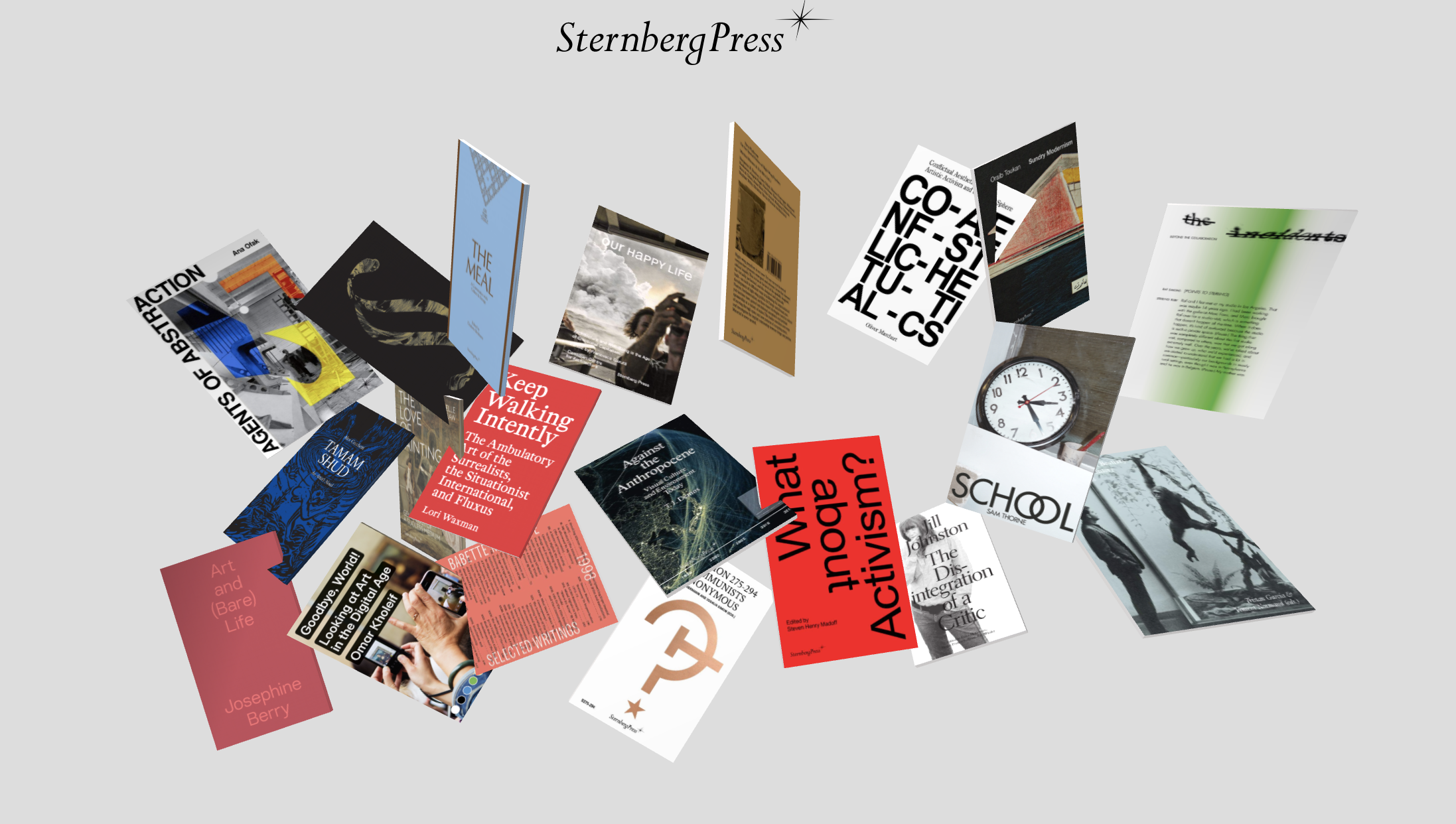 The MIT Press is pleased to announce the addition of Sternberg Press to its catalog. Sitting comfortably alongside other publishers the MIT Press distributes such as Semiotext(e), Sequence Press/Urbanomic, Strange Attractor, and Zone Books, Sternberg Press offers coverage of everything from contemporary art in Kosovo, to curatorial practice in China. With a breadth of international scholars, artists, curators, and institutions from the regions and countries in question, Sternberg seeks out the blind spots within contemporary discourse and offers a timely response to the related debates.

Sternberg Press is a Berlin-based publishing house of art and cultural criticism, creative nonfiction, and literary and experimental fiction. Founded by Caroline Schneider in New York in 1999, it aims to support both new and established writers and nourish lasting editorial relationships. The press is committed to publishing books with an interdisciplinary focus on contemporary visual culture and related critical discourse.

Through both commissioned and translated works, Sternberg Press brings a rich body of books on the topics of art, architecture, and design that look beyond those worlds into the realms of philosophy, political activism, pedagogy, media studies, and curatorial/exhibition studies. And with numerous co-publishing partnerships and relationships with such entities as e-flux, The Harvard University Graduate School of Design, The Institut für Kunstkritik in Frankfurt, and the Academy of Fine Arts Vienna, Sternberg is positioned to complement and grow the readership of the MIT Press.

Some of the featured titles available from Sternberg Press include: