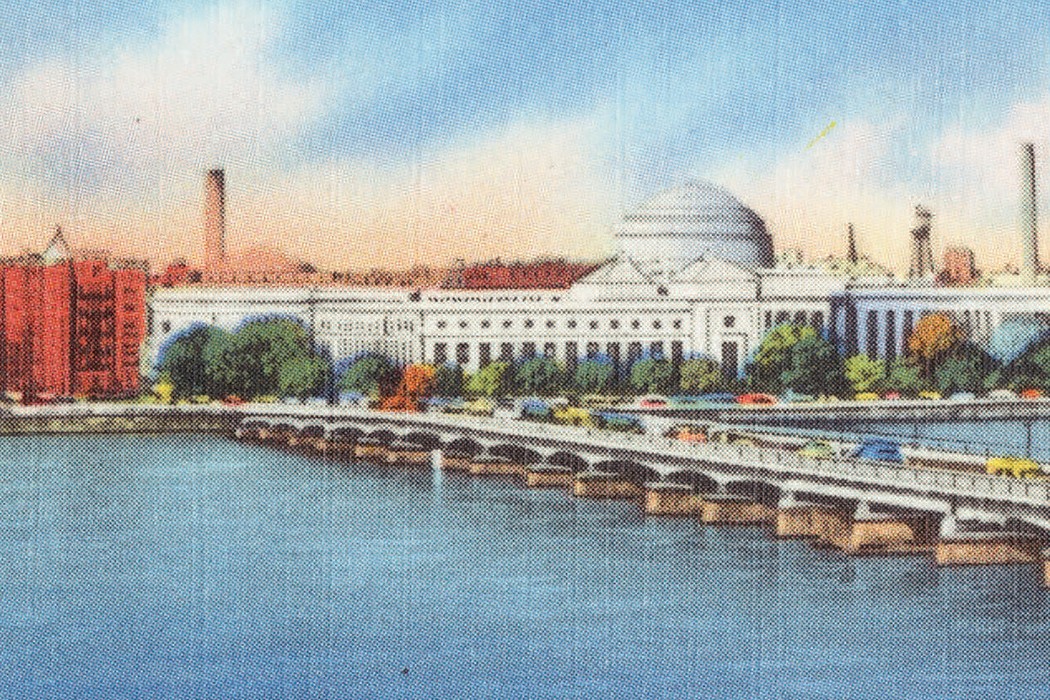 Big books from our little corner of the world

The MIT Press office sits in the heart of Kendall Square, a neighborhood in Cambridge, Massachusetts known as a hub for technology, invention, and commerce. With so much innovation taking place outside our front doors, we can’t help but be inspired by the community around us. We are always excited to publish works celebrating the history of our locale—including Karen Weintraub and Michael Kuchta’s Born in Cambridge, chronicling cultural icons and creations from the city; Robert Buderi’s Where Futures Converge, offering an evolution of this innovative square mile; and Maia Weinstock’s Carbon Queen, which paints a portrait of an MIT visionary. And as we celebrate our 60th anniversary this year, we are proud to consider ourselves part of this region’s storied history.

Kendall Square in Cambridge, Massachusetts, has been called “the most innovative square mile on the planet.” It’s a life science hub, hosting Biogen, Moderna, Pfizer, Takeda, and others. It’s a major tech center, with Google, Microsoft, IBM, Amazon, Facebook, and Apple all occupying big chunks of pricey office space. Kendall Square also boasts a dense concentration of startups, with leading venture capital firms conveniently located nearby. And of course, MIT is just down the block. In Where Futures Converge, Robert Buderi offers the first detailed account of the unique ecosystem that is Kendall Square, chronicling the endless cycles of change and reinvention that have driven its evolution.

“A must-read for everyone who cares about understanding, cultivating, and building innovative ecosystems.” —Richard Florida, University of Toronto; author of The Rise of the Creative Class

Cambridge, Massachusetts is a city of “firsts”: the first college in the English colonies, the first two-way long-distance call, the first legal same-sex marriage. In 1632, Anne Bradstreet, living in what is now Harvard Square, wrote one of the first published poems in British North America, and in 1959, Cambridge-based Carter’s Ink marketed the first yellow Hi-liter. W.E.B. Du Bois, Julia Child, Yo-Yo Ma, and Noam Chomsky all lived or worked in Cambridge at various points in their lives. Born in Cambridge tells these stories and many others, chronicling cultural icons, influential ideas, and world-changing innovations that all came from one city of modest size across the Charles River from Boston. Nearly 200 illustrations connect stories to Cambridge locations.

“A valuable and engaging book about the process of innovation in one city, Born in Cambridge illustrates how Cambridge became a capital of the global knowledge economy.” —James C. O’Connell, Boston University; author of The Hub’s Metropolis

“A team of young heroes, women and men, black and white, straight and gay, passionate, fearless and revolutionary, broadcast the music and ideas that shaped how every college kid thought, felt, and acted for the rest of our lives.” —Rob Barnett, former president, CBS radio programming

From the Basement to the Dome: How MIT’s Unique Culture Created a Thriving Entrepreneurial Community by Jean-Jacques Degroof

MIT is world-famous as a launching pad for entrepreneurs. MIT alumni have founded at least 30,000 active companies, employing an estimated 4.6 million people, with revenues of approximately $1.9 trillion. In the 2010s, twenty to thirty ventures were spun off each year to commercialize technologies developed in MIT labs (with intellectual property licensed by MIT to these companies); in the same decade, MIT graduates started an estimated 100 firms per year. How has MIT become such a hotbed of entrepreneurship? In From the Basement to the Dome, Jean-Jacques Degroof describes how MIT’s problem-solving ethos, multidisciplinary approach, and experimental mindset nurture entrepreneurship.

“Degroof does an outstanding job describing how MIT’s culture of experimentation, problem-solving, and tolerance to failure has led to the creation of what is now a fertile ground for entrepreneurial ventures.” —Adrian Garcia-Aranyos, President, Endeavor

New England has a rich history of spiritual, mystical, and utopian strivers. Their visionary schemes range from nineteenth-century Transcendentalist experiments in communal living at Brook Farm and Fruitlands to the Harvard Project’s LSD research, led by Timothy Leary, in the mid-twentieth century. The search for alternative ways of life often overlapped with the search for the Divine or expanded modes of consciousness and creativity. Visionary New England connects these traditions to the work of ten contemporary artists with New England ties. Generously illustrated, with ninety color images, the book interweaves analysis and imagery of New England’s visionary traditions with reproductions of paintings, photographs, video, and installations by the artists.

“A provocative, multidimensional, and in moments, trippy experience of the region’s relationship with seeing beyond.” —Boston Globe