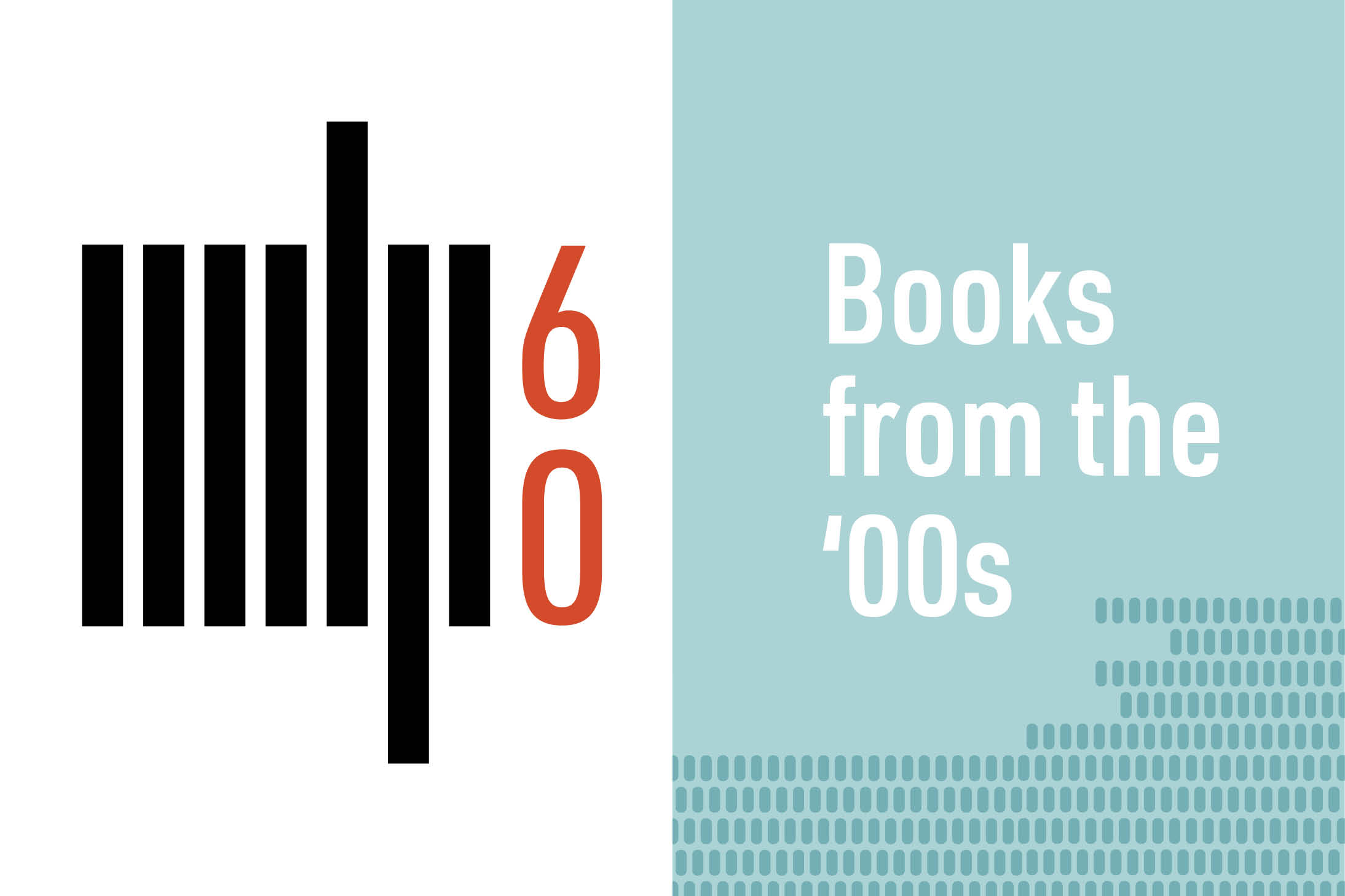 Groundbreaking scholarship and projects from the new millennium

To celebrate the 60th anniversary of the MIT Press, we are highlighting key moments of our publishing history from the 1960s to present day—including our favorite book covers of the ‘60s and our staff’s favorite books from the ‘90s. Today we turn our attention to the 2000s and the cutting-edge scholarship of a new millennium.

The internet took off in the early years of the 2000s, connecting people in never-before-heard-of ways. New technologies and growing industries turned regions like Silicon Valley into the wealthiest places in the world and forever changed lives all across the globe. With new technology came new scholarship, and our books of the ‘00s reflect this change—with projects grappling with new media, changing climates, and all-new methods of research and building community.

Read on to explore more of our publications and projects from the ‘00s, and stay tuned throughout the year as we celebrate our 60th birthday—sharing pieces of Press history and selections of our books and work over the decades. You can also explore well-wishes from friends of the Press—and even add your own message—on our 60th anniversary website.

As pop culture, games are as important as film or television—but game design, at the time of publication in 2003, had yet to develop a theoretical framework or critical vocabulary. In Rules of Play, Katie Salen Tekinbaş and Eric Zimmerman present a much-needed primer for this emerging field. They offer a unified model for looking at all kinds of games, from board games and sports to computer and video games. As active participants in game culture, the authors have written Rules of Play as a catalyst for innovation, filled with new concepts, strategies, and methodologies for creating and understanding games.

The Language of New Media by Lev Manovich (2001)

In this book Lev Manovich offers the first systematic and rigorous theory of new media. He places new media within the histories of visual and media cultures of the last few centuries. He discusses new media’s reliance on conventions of old media, such as the rectangular frame and mobile camera, and shows how new media works create the illusion of reality, address the viewer, and represent space. He also analyzes categories and forms unique to new media, such as interface and database.

Finally, we are learning that simplicity equals sanity. We’re rebelling against technology that’s too complicated, DVD players with too many menus, and software accompanied by 75-megabyte “read me” manuals. The iPod’s clean gadgetry, novel at the time of publishing, had made simplicity hip. But sometimes we find ourselves caught up in the simplicity paradox: we want something that’s simple and easy to use, but also does all the complex things we might ever want it to do. In The Laws of Simplicity, John Maeda offers ten laws for balancing simplicity and complexity in business, technology, and design—guidelines for needing less and actually getting more.

The Coming Generational Storm: What You Need to Know about America’s Economic Future by Scott Burns and Laurence J. Kotlikoff (2004)

In 2030, as 77 million baby boomers hobble into old age, walkers will outnumber strollers; there will be twice as many retirees as there are today but only 18 percent more workers. How will America handle this demographic overload? How will Social Security and Medicare function with fewer working taxpayers to support these programs? According to Laurence Kotlikoff and Scott Burns, if our government continues on the course it has set, we’ll see skyrocketing tax rates, drastically lower retirement and health benefits, high inflation, a rapidly depreciating dollar, unemployment, and political instability. The government under George W. Bush, Kotlikoff and Burns argue, had lost its compass, and was heading straight into the coming generational storm.

Energy at the Crossroads: Global Perspectives and Uncertainties by Vaclav Smil (2003)

In Energy at the Crossroads, Vaclav Smil considers the twenty-first century’s crucial question: how to reconcile the modern world’s unceasing demand for energy with the absolute necessity to preserve the integrity of the biosphere. With this book he offers a comprehensive, accessible guide to the complex energy issues of the early 2000s—how to think clearly and logically about what is possible and what is desirable in our energy future. He also considers the future, focusing on what really matters, what works, what is realistic, and which outcomes are most desirable.

Human embryonic stem cells can divide indefinitely and have the potential to develop into many types of tissue. Research on these cells was essential to one of the most intriguing medical frontiers: regenerative medicine. It also raises a host of difficult ethical issues and has sparked great public interest and controversy. This book offers a foundation for thinking about the many issues involved in human embryonic stem cell research and considers questions about the nature of human life, the limits of intervention into human cells and tissues, and the meaning of our corporeal existence.

Evocative Objects: Things We Think With edited by Sherry Turkle (2007)

For Sherry Turkle, “We think with the objects we love; we love the objects we think with.” In Evocative Objects, Turkle collects writings by scientists, humanists, artists, and designers that trace the power of everyday things. These essays reveal objects as emotional and intellectual companions that anchor memory, sustain relationships, and provoke new ideas. These days, scholars show new interest in the importance of the concrete. This volume’s special contribution is its focus on everyday riches: the simplest of objects—an apple, a datebook, a laptop computer—are shown to bring philosophy down to earth. The poet contends, “No ideas but in things.” The notion of evocative objects goes further: objects carry both ideas and passions. In our relations to things, thought and feeling are inseparable.

No conversation about the MIT Press’s projects from the 2000s would be complete without a discussion of CogNet, developed in 2000 by the Digital Projects Lab as an online community for the cognitive sciences. MIT CogNet has become an essential resource tool for those interested in cutting-edge primary research across the range of fields that study the nature of the human mind. 2015 marked the launch of a new, enhanced MIT CogNet, but the tool still serves scholars in the brain and cognitive sciences with access to scholarship from more than 750 MIT Press books and nine journals.