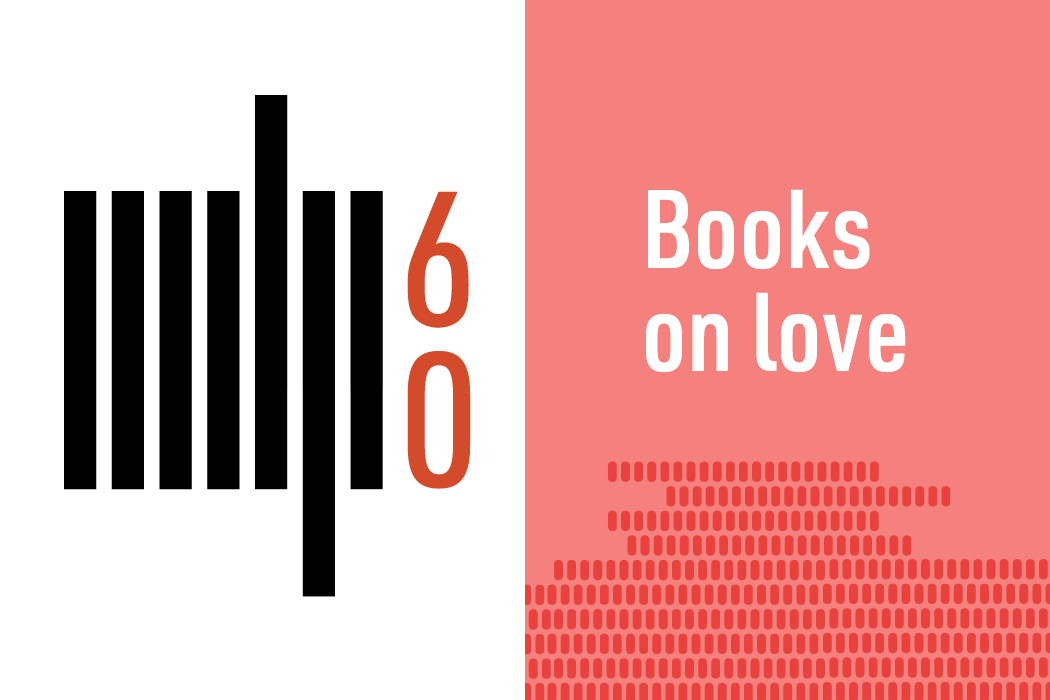 Valentine’s Day is a day of affection, an opportunity to send amorous notes, flowers, or gifts to loved ones (or loved ones to be). This year at the MIT Press, as part of our 60th anniversary celebrations, we are marking the day a little differently: with our favorite books from Irving Singer, retired MIT professor and renowned philosopher of love.

Singer’s classic The Nature of Love trilogy has been called “majestic” (New York Times Book Review), “monumental” (Boston Globe), “one of the major works of philosophy in our century” (Nous), and a “masterpiece of critical thinking [that] is a timely, eloquent, and scrupulous account of what, after all, still makes the world go round” (Christian Science Monitor). This trilogy and his later works build a philosophical and psychological theory of love that withstands the test of time. What better way to pass Valentine’s Day?

Explore these titles by Irving Singer below and send us a birthday (or Valentine’s!) greeting at happy60mitp@mit.edu; we’re celebrating our birthday throughout the year.

The Nature of Love, Volume 1: Plato to Luther

In the first volume of his Nature of Love trilogy, Singer begins by studying love as appraisal and bestowal, as well as imagination and idealization. He then examines the contrasting views of Plato, Aristotle, Plotinus, Ovid, Lucretius, Saint Augustine, Saint Thomas Aquinas, and Martin Luther. After having described the nature of erotic idealization, Singer analyzes the religious idealization in Judeo-Christian concepts of eros, philia, nomos, and agape. Medieval Catholicism sought to combine these four ideas of love in the “caritas synthesis.” Luther repudiated that attempt on the grounds that love exists only in God’s agapastic bestowal of unlimited goodness upon humanity and all of nature. In relation to the different modes of theorizing, Singer explores the humanistic implications of each.

The Nature of Love, Volume 2: Courtly and Romantic

In the second volume of his Nature of Love trilogy, Singer studies the ideas and ideals of medieval courtly love and nineteenth-century Romantic love, as well as the transition between these two perspectives. Singer analyzes the transition from courtly to Romantic love by reference to the writings of many artists beginning with Dante and ending with Richard Wagner, as well as Neoplatonist philosophers of the Italian Renaissance, Descartes, Spinoza, Rousseau, Hume, Kant, Hegel, and Schopenhauer. In relation to romanticism itself, he distinguishes between two aspects—“benign romanticism” and “Romantic pessimism”—that took on renewed importance in the twentieth century.

The Nature of Love, Volume 3: The Modern World

In the third volume of his Nature of Love trilogy, Singer examines the pervasive dialectic between optimistic idealism and pessimistic realism in modern thinking about the nature of love. He begins by discussing “anti-Romantic Romantics” (focusing on Kierkegaard, Nietzsche, and Tolstoy), influential nineteenth-century thinkers whose views illustrate much of the ambiguity and self-contradiction that permeate thinking about love in the last hundred years. He offers detailed studies of Freud, Proust, Shaw, D. H. Lawrence, and Santayana, and he maps the ideas about love in Continental existentialism, particularly those of Sartre and de Beauvoir. Singer finally envisages a future of cooperation between pluralistic humanists and empirical scientists. This last volume of Singer’s trilogy does not pretend to offer the final word on the subject, any more than do most of the philosophers he discusses, but his masterful work can take its place beside their earlier investigations into these vast and complex questions.

Mozart and Beethoven: The Concept of Love in Their Operas

Music, language, and drama come together in opera to make a whole that conveys emotional reality. In this book, Irving Singer develops a new mode for understanding and experiencing the operas of Mozart and Beethoven, approaching them not as a musical technician but as a philosopher concerned with their expressive and mythic elements. Using the distinction between the sensuous and the passionate (formulated in Singer’s earlier book The Goals of Human Sexuality) as framework for his discussion, Singer explores not only the treatment of love in these operas but also the emotional and intellectual orientation of these two great composers. Written while Singer was also at work on the three-volume The Nature of Love, Mozart and Beethoven can be read as a companion volume to this masterful trilogy and as a forerunner to his later work on philosophy in film.

Philosophy of Love: A Partial Summing-Up

In 1984, Irving Singer published the first volume of what would become a classic and much acclaimed trilogy on love. Trained as an analytical philosopher, Singer first approached his subject with the tools of current philosophical methodology. Following the publication of the classic and much acclaimed trilogy on love, Singer turned to the history of ideas in philosophy and the arts for inspiration. He discovered an immensity of speculation and artistic practice that reached wholly beyond the parameters he had been trained to consider truly philosophical. In this new book, he maps the trajectory of his thinking on love. It is a “partial” summing-up of a lifework: partial because it expresses the author’s still unfolding views, because it is a recapitulation of many published pages, because love—like any subject of that magnitude—resists a neatly comprehensive, all-inclusive formulation. This book continues his trailblazing explorations.

Meaning in Life, Volume 2: The Pursuit of Love

In this second volume of his Meaning in Life trilogy, Singer returns to the subject of his earlier work, exploring a different approach. Without denying his previous emphasis on the role of imagination and creativity, in this book Singer investigates the ability of them both to make one’s life meaningful. A “systematic mapping” of the various facets of love (including sexual love, love in society, and religious love), The Pursuit of Love is an extended essay that offers Singer’s own philosophical and psychological theory of love.