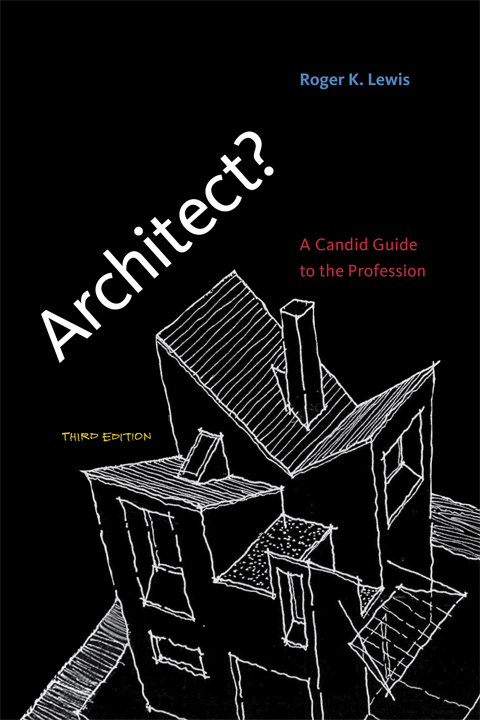 Our last book in the Classic Reissue series is Roger Lewis’s well-loved Architect?: A Candid Guide to the Profession, now in its third edition. Executive Editor Roger Conover shared these thoughts on the need for such a book in the market and the careful considerations for the revision:

About twenty years ago a friend who knew I published architecture books for a university press told me her daughter was considering architecture school and asked me if I could recommend something for her to read—some kind of basic introduction to architecture school and roadmap of the profession. I had nothing to offer her from MIT Press. And to my surprise, no other publisher had such a book either. When Roger Lewis showed up with his proposal a few months later, I knew immediately that this was the book my friend needed. And that parents, students, and career counselors throughout the country would welcome.

The first edition was published in 1985; within a few years it had become the standard text for introductory courses on architecture and recommended reading on the application forms of many schools of architecture. 30,000 copies later, the book is still going strong. But architectural education and practice have changed a lot since 1985. This new revised edition includes information pertinent to education and practice in the 21st century. It covers the latest developments in architectural and construction technologies, digital methodologies, and new areas of focus in teaching and practice, such as sustainability, materials, and green architecture, supported by drawings that Roger Lewis is widely known for through his column in the Washington Post.

We leave you with a couple of wittily rendered cartoons included in the new edition: 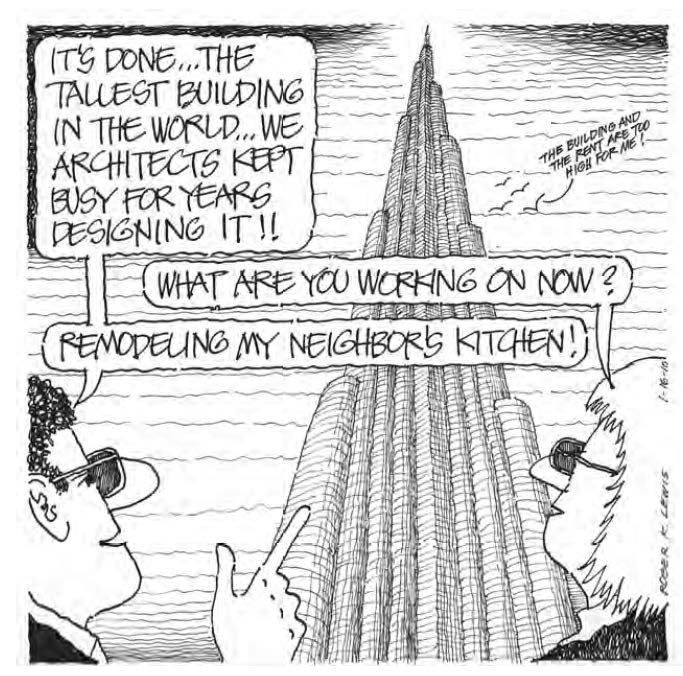 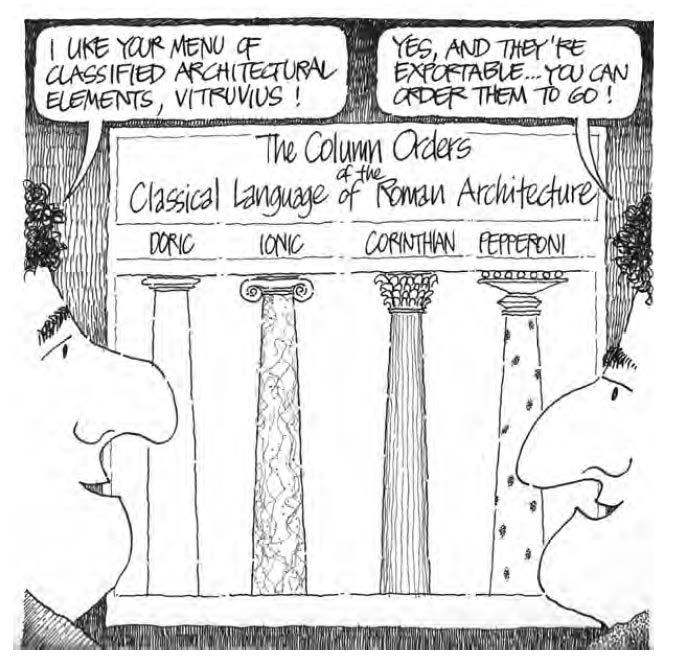