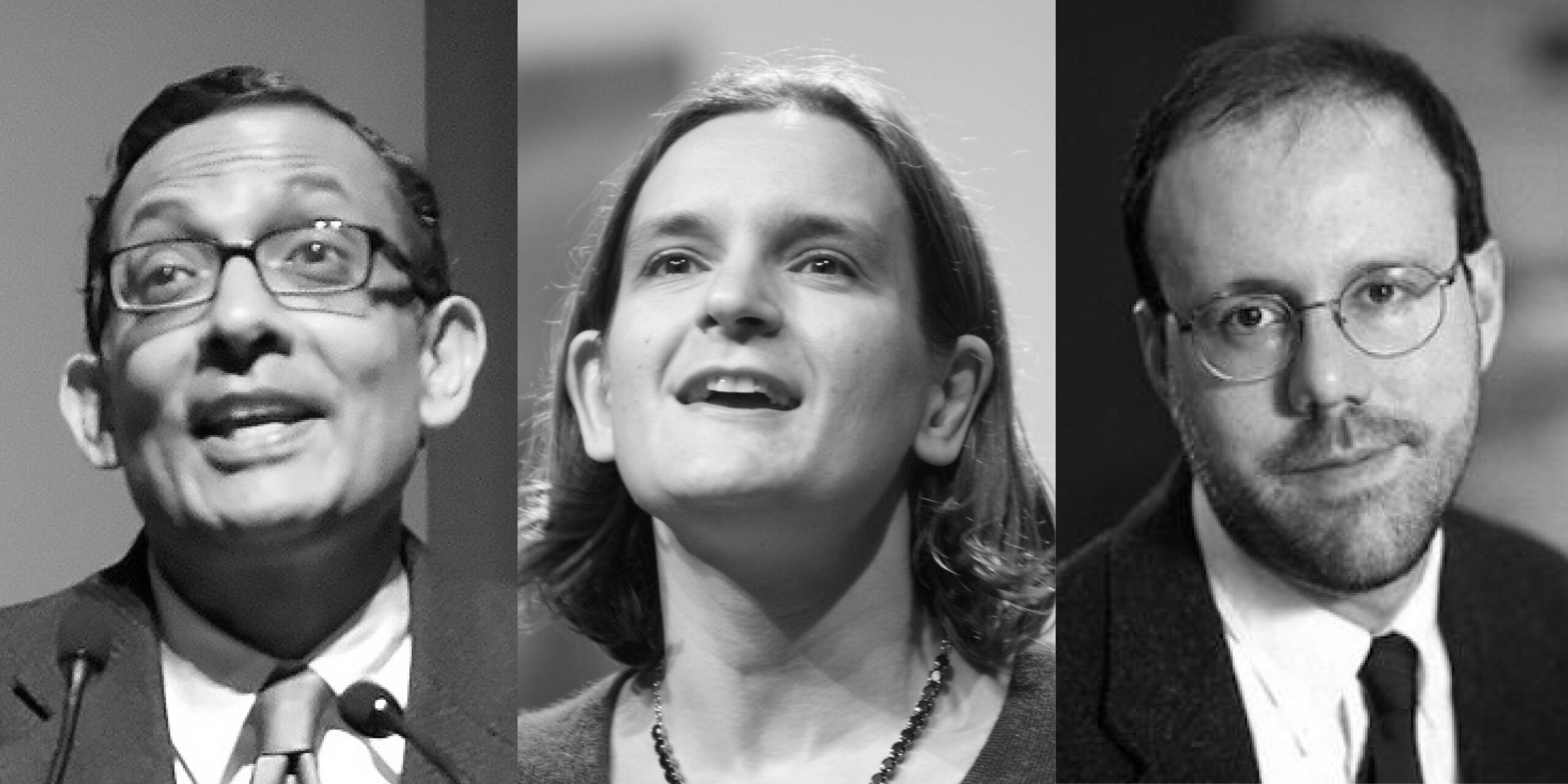 The MIT Press extends its congratulations to Abhijit Banerjee, Esther Duflo, and Michael Kremer, who have been awarded the Nobel Prize in Economic Sciences for their “experimental approach to alleviating global poverty.”

From the Nobel announcement: “This year’s Laureates have introduced a new approach to obtaining reliable answers about the best ways to fight global poverty. In brief, it involves dividing this issue into smaller, more manageable, questions – for example, the most effective interventions for improving educational outcomes or child health. They have shown that these smaller, more precise, questions are often best answered via carefully designed experiments among the people who are most affected. . . . Abhijit Banerjee and Esther Duflo, often with Michael Kremer, soon performed similar studies of other issues and in other countries. Their experimental research methods now entirely dominate development economics.”

All three have been regular contributors and collaborators with the MIT Press in recent years, as contributors to Reinventing Foreign Aid, edited by William R. Easterly (2008) and Experimental Conversations, edited by Timothy N. Ogden (2017). In addition, we are proud to have published Banerjee’s book Making Aid Work in 2007 (with Alice H. Amsden, Robert H. Bates, Jagdish N. Bhagwati, Angus Deaton and Nicholas Stern).

Our collaboration continues later this winter with the publication of The State of Economics, The State of the World edited by Kaushik Basu, David Rosenblatt and Claudia Sepúlveda, a collection of original essays that addresses ongoing challenges to economics in theory and practice in a time of political and economic crises.

Monday’s announcement doubles the number of Nobel laureates featured in the book. Banerjee, Duflo, and Kremer contribute a timely essay that illuminates their Nobel-prize winning experimental approach and describes the significance of randomized controlled trials (RCTs) in development economics.

From the introduction of their essay: “Randomized controlled trials have, if not revolutionized, at least profoundly altered, the practice of development economics as an academic discipline. Some scholars applaud this change (we are obviously in that camp), while others rue it, but the fact is not really in dispute. In this essay, we start by quantitatively documenting this remarkable evolution. We go on to discuss the ways in which the field has been affected by the practice of randomized controlled trials, and what we see as their main contributions to the practice of development economics.”

Their contribution is joined by three sweeping essays by Nobel laureates Kenneth Arrow (in one of his last published works), Amartya Sen, and Joseph Stiglitz offer a summary of the theoretical foundations of modern economics—the twin pillars of general equilibrium theory and welfare economics.

Kaushik Basu, Chief Economist of the World Bank, noted that he and his colleagues Rosenblatt and Sepúlveda planned to have three Nobel laureates among the contributors—Arrow, Sen and Stiglitz—and are delighted to end up with six.

“I am so excited about this book. It brings together the finest thinking in the profession and contains the last paper that Kenneth Arrow wrote,” explains Basu. “While he did not live to complete the paper, it spans over a breathtaking range and is written in Arrow’s inimitable style. And, now, as we learned yesterday, the number of Nobel laureates who figure in this book as authors just got doubled from 3 to 6.”

Emily Taber, Acquisitions Editor in Economics, Finance, and Business, echoed Basu’s enthusiasm, saying, “We are incredibly proud to publish The State of Economics, The State of the World. This is the type of work that is the hallmark of our economics publishing program and the volume editors have done an excellent job of selecting the highest-caliber contributors for each topic.”

The State of Economics, The State of the World will be available for purchase on January 7, 2020.