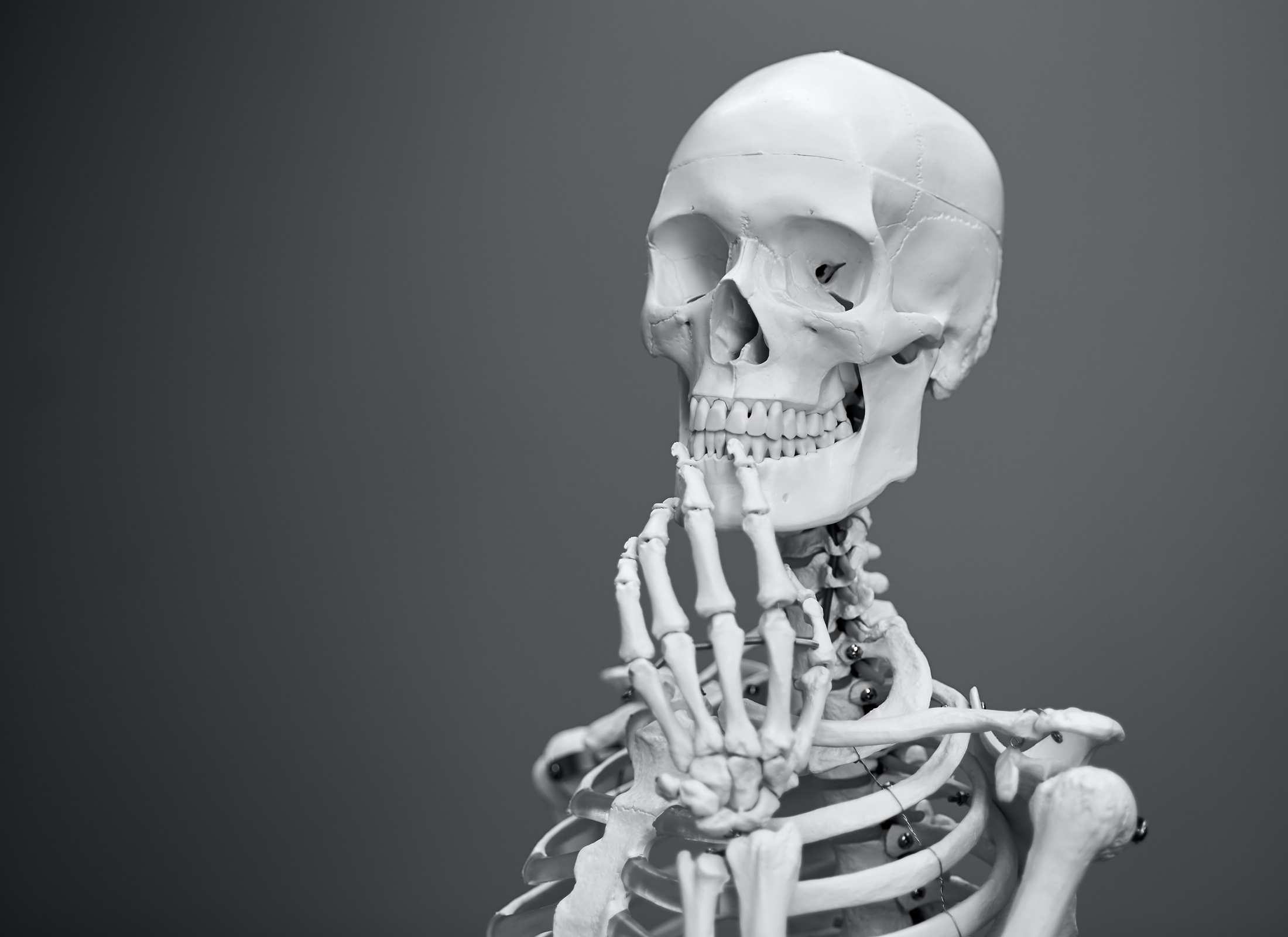 Below is an excerpt from Life, Death, and Other Inconvenient Truths: A Realist’s View of the Human Condition by Shimon Edelman. This book offers a guide to human nature and human experience—a reference book for making sense of life. In thirty-eight short, interconnected essays, Shimon Edelman considers the parameters of the human condition, addressing them in alphabetical order, from action (good except when it’s not) to love (only makes sense to the lovers) to thinking (should not be so depressing) to youth (a treasure). In a style that is by turns personal and philosophical, at once informative and entertaining, Edelman offers a series of illuminating takes on the most important aspects of living in the world.

Read the excerpt below, or learn more about the book.

The Tempest in a teapot. The insubstantial pageant. We are such stuff as dreams are made on. The splendor and the misery.

(With relief, with humiliation, with terror, he understood that he also was an illusion, that someone else was dreaming him.)

The Tempest in a teapot

When Shakespeare’s Jaques, in As You Like It, speaks his most famous lines—“

All the world’s a stage, / And all the men and women merely players”—his very act of uttering these words confirms their truth: inside the Globe Theater, the stage is the world. There is a deeper truth here, however. It can be glimpsed in Shakespeare’s last play, The Tempest, in the revelation made by Prospero, the weary magician and his creator’s alter ego:

As I foretold you, were all spirits and

Are melted into air, into thin air:

The solemn temples, the great globe itself,

Ye all which it inherit, shall dissolve

Leave not a rack behind. We are such stuff

As dreams are made on, and our little life

Is rounded with a sleep.

Let us indulge the playwright’s vision here for a moment: could what Prospero says be true? Indeed it could—if the entire play were happening inside Prospero’s head: a tempest in a brain pan.

The idea of Prospero’s world being imaginary—all of it, including “the great globe itself”—is perfectly in line with it having in fact been imagined, by Shakespeare. The world of The Tempest first came together inside Shakespeare’s head, then was shared with his spectators and readers. When I read the play, I am effectively staging it for private viewing inside my head, in what must be the cheapest approach ever to producing Shakespeare. As I put the script aside, the cast takes a break, but the imaginary show goes on, with different actors and props for each new scene, for as long as I am conscious—that is, awake and aware.

The rabbit hole runs deeper than that, though. To follow it deeper down, consider how reading is like PERCEPTION: one is externally guided THINKING, and the other—guided hallucination.  Because all our sensory reality is virtual (see chapter 24), a play attended by a spectator is mirrored by a virtual one, consisting of brain events that unfold inside the spectator’s head. That is where representations of the actors, the stage, the theater, and the rest of the perceived world are to be found.

Shakespeare’s choice of words—“insubstantial pageant”—is an eerily precise description of the SCIENCE behind these brain events. The sound-and- vision show hallucinated by the viewer is insubstantial because it does not inhere in the substance of a particular brain: it is made up of the relations among the activities of the brain’s parts. Another brain or even an electronic device that supports the same pattern of activity would be harboring the same “hallucination.” And the show is a pageant and not a tableau because the pattern of activity is dynamic: it unfolds in TIME.

The virtual reality that we inhabit feels real enough. Like all other major aspects of the mind, consciousness helps shape behavior and is therefore itself shaped by EVOLUTION. The task of basic consciousness—being awake and aware of one’s surroundings—is to glue together bits and pieces of the virtual world as constructed by the senses, and to paint it over with emotions, so that events in the real world are easier to interpret and to act upon. A failure to take at face value our virtual reality—to feel it—would undermine the very reason for being awake and aware of the world, which is to be able to better deal with it.

This is why merely hearing and even accepting an explanation of how perception and consciousness give rise to a virtual reality do not make the world feel less real. Explanations aside, it takes a transcendental insight for us to really see through the self-deception. When that happens, the person’s state becomes exactly analogous to that of a dreamer who has attained lucidity: a conscious realization of being in a dream, which is often accompanied by the ability to exert “magical” control of the reality within it.

Lucid dreams are a lot of fun (as I have discovered), which makes me wonder what waking-world enlightenment would be like. By definition, direct insight into the nature of reality must be a first-person experience. I have never had one, but my guess is that this experience could be at the same time liberating and terrifying: liberating, because it reveals a TRUTH; terrifying, because at the core of this truth is EMPTINESS.

We are such stuff as dreams are made on

The terror in the face of irreality arises out of a reasoned conclusion (and, in the case of actual enlightenment, also out of direct and deeply felt PERCEPTION) that one is surrounded by nothingness, or perhaps by empty props behind which there lurks something that is unknown and unknowable. But this discovery, whether merely reasoned or also felt, stops short of revealing the complete truth. To get to the bottom of the rabbit hole, ask this: the I at the center of the hurricane of experiences, the dreamer who dreams my world—what is it?

The conclusion to The Circular Ruins, whose final sentence serves as the epigraph to this chapter, merely postpones the showdown. If my world, along with my self, is dreamed by someone else, the mystery of the nature of that other self remains (as Borges had no doubt intended). There is, however, an intriguing possibility here that does not amount to running around in circles in pursuit of an explanation: if I am “such stuff as dreams are made on,” perhaps I am a dream that dreams itself.

Everything that we know about how the mind works confirms this, the deepest, insight. What all the mind’s faculties and doings are made of—PERCEPTION, MEMORY, THINKING, LANGUAGE, ACTION, as well as all emotions—is the processing of information by otherwise inanimate matter, or in other words, computation. The same goes for consciousness of the world and for the eye at the center of the world. Self-consciousness emerges when a representation tasked with modeling the world, so as to better understand and predict its workings, turns back on itself, giving rise to a self-model.

The full account of how this could be true, and of why it most likely is true, can here only be pointed at in passing. Particularly telling, though, are experiments that have demonstrated that all the components of the experienced self boil down to computations that can be easily subverted. It is now possible to induce controlled illusions of body ownership, out-of- body experiences, and the ownership of actions coupled with the ability to anticipate their outcomes, which we experience as a sense of agency. The outcomes of these interventions on self-consciousness are fully explained by a computational theory built around the notion of a virtual self. Had Prospero been of this world, rather than dreamt by Shakespeare and his readers, there is a clear and definite sense in which he would be a dream of Prospero’s.

The splendor and the misery

Basic consciousness, or being aware of the world, with all its BEAUTY, can bring much joy. Self-consciousness—being aware of that awareness, as well as of one’s self—is a different matter. Given the frequency of mind-wandering and the predominance of unconscious processes in cognition, it would seem that awareness of awareness and of the self is not absolutely necessary for dealing with the world. Why have it, then, if it brings more misery than splendor?

An indictment of self-consciousness runs to several counts. First, it is a well-known impediment to the pursuit of HAPPINESS, which goes astray when done consciously. Second, it is a precondition for SUFFERING: although the capacity for pain is included with basic consciousness, which always involves emotions, self-consciousness adds the awareness of suffering and of its subject. Third, it takes self-directed THINKING to reveal the absurdity of EXISTENCE, insofar as “the main condition of absurdity” is, as Thomas Nagel so vividly described it, “the dragooning of an unconvinced transcendent consciousness into the service of an immanent, limited enterprise like a human life.” And, lastly, self-consciousness is what has brought DEATH into the human universe: all other animals, as Borges has noted, are immortal, because they have no conscious awareness of their own mortality.

The standard retort to complaints about the human condition—putting it down to EVOLUTION—is scant solace for the poor self-aware self-models, but here, as in many other cases, it’s all we have. Self-consciousness indeed does what it does mostly for our own good, in part because the self-model makes learning from the outcomes of ACTION more effective, by serving as a lightning rod for blame, as well as a receptacle for credit. Liberation from the self, as envisioned by some philosophers and preached by certain religions, would annul those benefits.

To be complete, such liberation cannot be merely informational, as when the self attains insight into its own illusory nature, only to carry on with life as usual, subject to suffering and all. A full and true liberation, as preached by the Buddha, is supposed to involve letting go of all worldly desires and attachments. Individuals who are sheltered and provided for, such as monks or people with a trust fund, need not be concerned about this requirement, while for others it presents an economic obstacle. But the real question is whether or not there is willingness to do it, given the scope of the sacrifice that it requires: no less than the dissolution of the mainstay of one’s identity. The stage notes for the actors who play some of the spirits in the scene in The Tempest with which I opened this chapter provide a fitting description for what this may feel like:

PROSPERO starts suddenly, and speaks; after which, to a strange, hollow, and confused noise, they heavily vanish.

See The Tempest at The Globe.