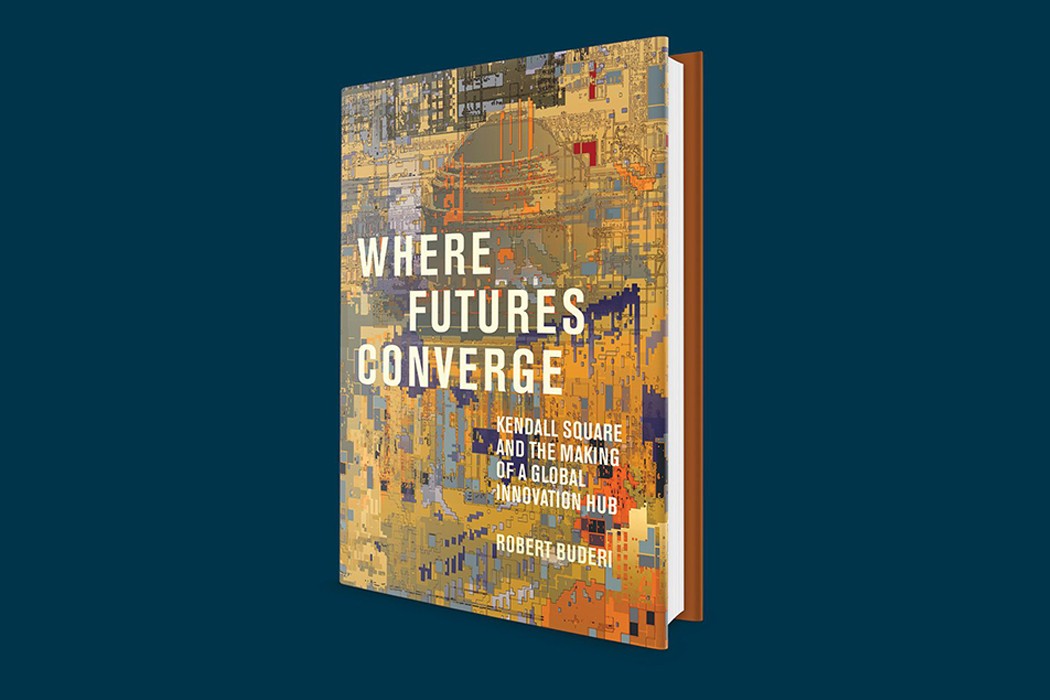 Kendall Square in Cambridge, Massachusetts, has been called “the most innovative square mile on the planet.” It’s a life science hub, a major tech center, and a haven for startups, with leading venture capital firms conveniently located nearby. And of course, MIT, the MIT Press, and our MIT Press Bookstore are all just down the block. In Where Futures Converge: Kendall Square and the Making of a Global Innovation Hub, author and entrepreneur Robert Buderi offers the first detailed account of the unique ecosystem that is Kendall Square, chronicling the endless cycles of change and reinvention that have driven its evolution.

Publicity assistant Oscar Sarkes recently spoke to Buderi about his book, the publishing process, and inspiration behind his work. Read the conversation below and sign up for our newsletter to hear more about our books and journals.

The MIT Press: How did you come to write such a comprehensive book about a small city neighborhood that takes up just one square kilometer?

Robert Buderi: I have spent much of my professional life in Kendall Square. I even founded my media company, Xconomy, there in 2007. So I was well aware of its importance as a global innovation hub, and its uniqueness. And yet no one had ever studied it in depth—and I felt there were many stories to tell from its evolution and lessons to be learned. It just appealed to me as a writer and author who loves telling narrative histories.

The MIT Press: As someone who has worked in Kendall Square for the past twenty years, what was the most surprising thing you learned in the course of writing Where Futures Converge?

Robert Buderi: A couple of things. First, was that there was a rich history of business and innovation well before MIT arrived on the scene in 1916. People always think Kendall Square is what it is because of MIT, and it is of course true MIT has had a huge role in its evolution. But there are other characteristics of the Square that made it a hub without MIT—its crossroads location between Boston, Harvard, its proximity to the financial hub of Boston, and its relatively cheap land, historically.

Another thing that stood out was the ebb and flow of innovation. Time after time, major predictions about the future of the Square, which industries would be dominant, were proven wrong or entirely short-lived. People thought Polaroid would be around forever. Same for Lotus. It was supposed to be the AI center of the world in the 90s—it was called AI Alley because of all the artificial intelligence firms. But they were all gone in about a decade, or shells of their former selves. And instead, it was biotech that arose. And while it seems dominant today, you never know…Nothing lasts forever.

The MIT Press: How do you think an address like 700 Main Street, one of the throughlines of the book, exemplifies Kendall Square’s unique history?

Robert Buderi: More than any building in the Square, it exemplifies the evolution of this place. First it was home to Charles Davenport, one of the leading makers of railroad cars in the mid-1800s. It was where the pipe wrench was invented and was the receiving end of the first long-distance phone call. Then it became home to Edwin Land’s private laboratory, called the Mole’s Hole—where key inventions were made in instant film and beyond. Today it is home to LabCentral, a startup space for 70 life sciences companies.

The MIT Press: Can you walk us through how the Radiation Laboratory, or “Rad Lab” for short, transformed not only MIT but also Kendall Square and its historical trajectory?

Robert Buderi: The Rad Lab was a secret lab during WWII that developed highly advanced microwave radar systems. It was very collaborative and interdisciplinary—producing radar systems that arguably were more important to the war effort than any other technology. Coming out of the war, it set a new standard for MIT, advancing it to the forefront of electronics and defense systems. It also formed the basis for a huge part of how MIT is organized today—as interdisciplinary departments, not just in engineering or computer science, but in biology and other fields. This fostered a stunning series of inventions, many of which formed the basis for new companies in Kendall Square.

The MIT Press: In the book’s introduction, you introduce the concept of “human collisions.” What are “human collisions,” and how is this concept involved in what the key players in this story are trying to cultivate in Kendall Square?

Robert Buderi: This is not my phrase, but it simply refers to the serendipity of running into people in a dense place, and the chance conversations that often spark new ideas—and give rise to innovation. Kendall Square is so compact, you run into people on the street all the time. It also has places like LabCentral or the Cambridge Innovation Center, where startups are densely concentrated—so the collisions might happen in the elevator inside those buildings. Innovation zones or hubs worldwide try to engineer their spaces to increase the odds of such collisions—to plan so that the unplanned can happen.

Robert Buderi: In one very concentrated place, it embodies the boom-and-bust cycles of many industries and technologies. For a few years, companies and industries were dominant, world-changing—from railroad cars and rubber making to Polaroid and Lotus more recently. And they often seem invincible. Then new technologies, competition, or recessions come and they disappear. What’s different is the density—all these things are within a few blocks of each other. But also the speed. Largely because of MIT and the Boston area innovation ecosystem, change comes faster than in most places.

The MIT Press: What do you think is the social responsibility of innovation? How do you think innovation in and beyond Kendall Square has changed over the course of the history you document in the book, if at all?

Robert Buderi: This is an important question that ethicists wrestle over and debate. I don’t think there is one overarching answer that applies to all situations beyond the importance of being ethical and having checks and balances that guard against those who are not ethical. In the history of Kendall Square, a great example was in the debate over recombinant DNA technology and whether it should be conducted in a city and university environment.

A group of top biologists, at MIT, Harvard and around the country, supported a pause on conducting experiments—and a series of high-level meetings and conferences took place to try to examine the dangers and set up a set of rules by which recombinant DNA technology could be safely conducted. Ultimately, this resulted in the world’s first ordinance governing rDNA technology. People thought it would deter company formation and industrial research because it put out constraints. But it ended up spurring it—because it set out clear rules that companies could operate under, which was far better than the uncertainty that surrounded the technology in almost every other place.

Learn more about Where Futures Converge