Muriel Cooper (1925–1994) was a pioneering graphic designer and a key figure not just in the promotion and absorption of European design into the US but in the elucidation of a new, wholly modern American design language. She also had a longstanding relationship with the MIT Press, working first for its predecessor, the Office of Publications, and later becoming its first design director. In this capacity she was responsible for the graphic design of over 500 separate titles, many of which continue to distinguish the bookcases of the world’s finest art and architectural libraries, and which display a simultaneously cutting-edge approach to design while honoring a far older tradition of producing books with artistry and care. 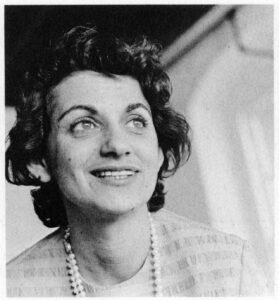 Cooper’s legacy still survives today, not least in the fact that the spine of every MIT Press publication still bears the logo she designed, the set of seven bars that mimic the vertical strokes of the letters mitp. But more generally this inheritance reveals itself through the attention given to the design and production of all of the Press’s books and journals—especially those that touch upon the disciplines closest to her own: art, design, architecture and visual culture. 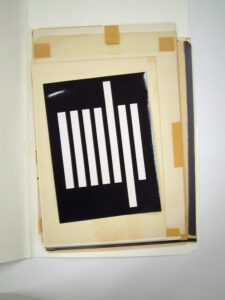 Established in 2017, the Cooper Memorial Design Fund supports the production of titles in precisely these fields, enabling what is often previously unseen or uncovered visual material to be reproduced according to the highest possible standards, and to imbue the other graphic components of a book—its format, paper, typography, binding and overall tactility—with a similar richness. We hope that the fund will appeal to anyone with a vested interest in—or even just an affinity for—a beautifully designed publication. Our ambition is not only that the generosity of our donors will extend and reinforce Muriel Cooper’s legacy but also that the book itself can continue to be an object that inspires affection and delight.

Master of the Two Left Feet