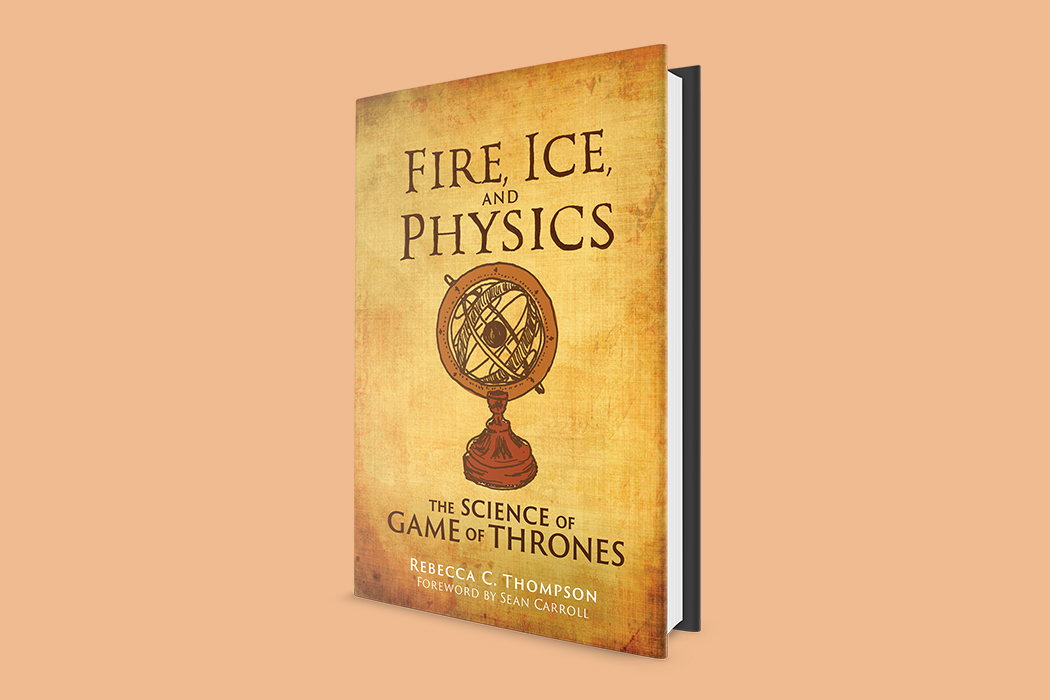 Arm yourself for the new Game of Thrones spin-off, House of the Dragon, with a primer on the physics of Westeros

Game of Thrones is a fantasy that features a lot of made-up science—fabricated climatology (when is winter coming?), astronomy, metallurgy, chemistry, and biology. Most fans of George R. R. Martin’s fantastical world accept it all as part of the magic. But a trained scientist, watching the fake science in Game of Thrones, might think, “But how would it work?”

With the new Game of Thrones spin-off series arriving this week, we return to Fire, Ice, and Physics by Rebecca Thompson. In the book, Thompson turns a scientist’s eye on Game of Thrones, exploring, among other things, the science of an ice wall, the genetics of the Targaryen and Lannister families, and the biology of beheading. Thompson, a PhD in physics and an enthusiastic Game of Thrones fan, uses the fantasy science of the show as a gateway to some interesting real science, introducing the GOT fandom to a new dimension of appreciation.

Thompson starts at the beginning, with winter, explaining seasons and the very elliptical orbit of the Earth that might cause winter to come (or not come). She tells us that ice can behave like ketchup, compares regular steel to Valyrian steel, explains that dragons are “bats, but with fire,” and considers Targaryen inbreeding. Finally she offers scientific explanations of the various types of fatal justice meted out, including beheading, hanging, poisoning (reporting that the effects of “the Strangler,” administered to Joffrey at the Purple Wedding, resemble the effects of strychnine), skull crushing, and burning at the stake.

Behind the cover with designer Molly Seamans

When we initially discussed the cover concept, we wanted it to look like it could sit on the shelf next to books in the George R. R. Martin series. I suggested that we emulate the sigil flags featured in the books and on the show. Because the book is about how the science of our world relates to the science depicted in the series, I thought our “sigil” should be a scientific object that looks like it could exist both in the Game of Thrones universe and in our universe. We tried a few possibilities including a sextant and an hourglass. We landed on a brass astrological globe, which nods to the maps used in the opening sequence of the show, while not specifically showing location markers for either our universe or that of the Seven Kingdoms.

“An exciting and informative read for fans of the show who often asked ‘how would that really work?’ and a must-read for new fans who will binge-watch the whole series in the future.” —Ars Technica