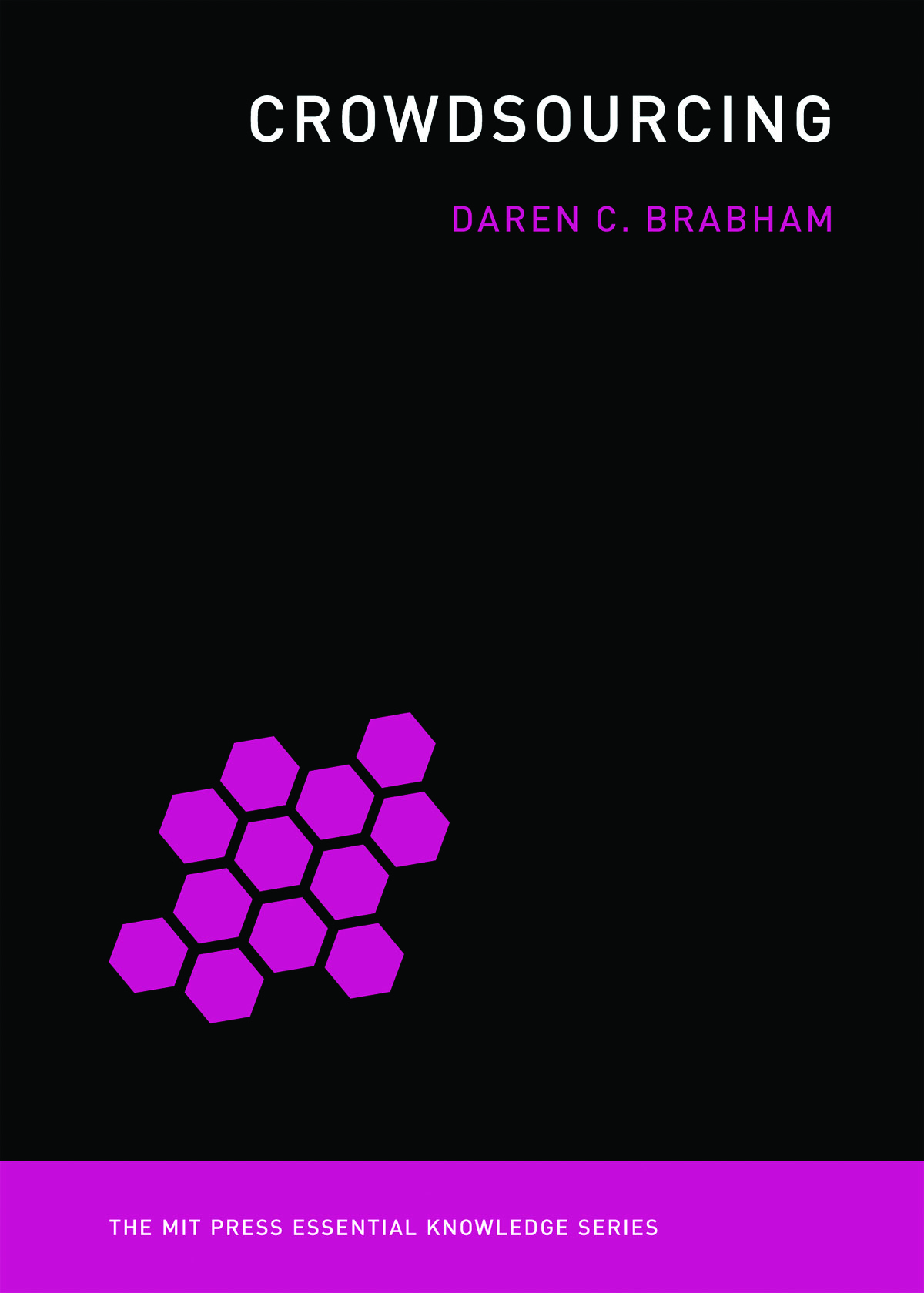 For Crowdsourcing week, Daren Brabham writes about his recently released book, Crowdsourcing. The book is the latest in the MIT Press Essential Knowledge series.

What Exactly Counts as Crowdsourcing?

Today the word “crowdsourcing” is thrown around with a lot of fanfare by some, and it’s a taken-for-granted business buzzword by others, but I would argue that relatively few people really use the term correctly. Crowdsourcing, and its not-quite-the-same-but-still-significant companion term “crowdfunding,” has been big business for more than a decade now, and it has moved into the public sector through public participation programs, open app development projects for the public good, and collaborative policymaking.

To some, crowdsourcing takes place any time a “crowd” of people does any kind of work. That means sites like Wikipedia and YouTube and consumer goods marketing gimmicks like “vote for the next flavor” and even historical cases of coordinated work that took place offline all count as crowdsourcing.

I find this definition too broad for many reasons, and one of the core purposes of my book is to try to set the record straight and give some useful boundaries around the concept of crowdsourcing for practitioners and scholars to start talking the same language. In Crowdsourcing, I define crowdsourcing as “an online, distributed problem solving and production model that leverages the collective intelligence of online communities to serve specific organizational goals” (p. xix).

The first key point is that crowdsourcing involves online communities, not just any old crowd. Online communities have their own dynamics, cluster around key locations (websites) on the Internet, and often have a set of informal rules that govern the social interactions among members of the community, rules which are often in place to keep work happening on the site in a productive and harmonious way. The Internet offers a speed, reach, temporal flexibility, and multimedia capabilities that have not been known prior to about the late 1990s and early 2000s, when Internet penetration finally became widespread in many countries. While the activities of those competing for the Alkali Prize or contributing to the Oxford English Dictionary long ago do resemble some aspects of crowdsourcing work, these examples are not technically crowdsourcing because they did not take place in an online community. The Internet qualitatively alters the way groups solve problems together, so much so that it is necessary to distinguish the crowdsourcing work of today from offline collaborative activity of yesteryear.

For example, Wikipedia is not crowdsourcing because the locus of control resides too much in the online community. There is no one at Wikimedia telling Wikipedians exactly what entries to write and how to write them. The community is quite structured, but it has developed this task-management approach from the bottom-up, among themselves. The same could be said of most open source software projects.

On the other end of the spectrum are the “choose the next flavor” competitions, such as PepsiCo’s DEWmocracy campaign. For this, customers were presented with a few possible flavor choices to choose from, and they had a chance to vote on their favorite flavor to become a permanent addition to the Mountain Dew roster. This is not crowdsourcing because all of the control resides in the organization and not enough bottom-up, creative labor is coming from the crowd. It is simply a marketing gimmick, with predetermined choices presented to customers to give them the illusion of control.

In the middle, though, there are examples of crowdsourcing, where the locus of control exist between organization and crowd, as the two entities co-create products and solve tough problems. Threadless is the classic example of this, a t-shirt company that hosts an ongoing design competition where members in the online community submit ideas for t-shirt designs and vote among submissions to determine which shirts will be produced and sold back to them on the Threadless website. This is a top-down, managed process on Threadless’ end, directing an open, bottom-up, creative process in the online community…all to produce pretty awesome results.