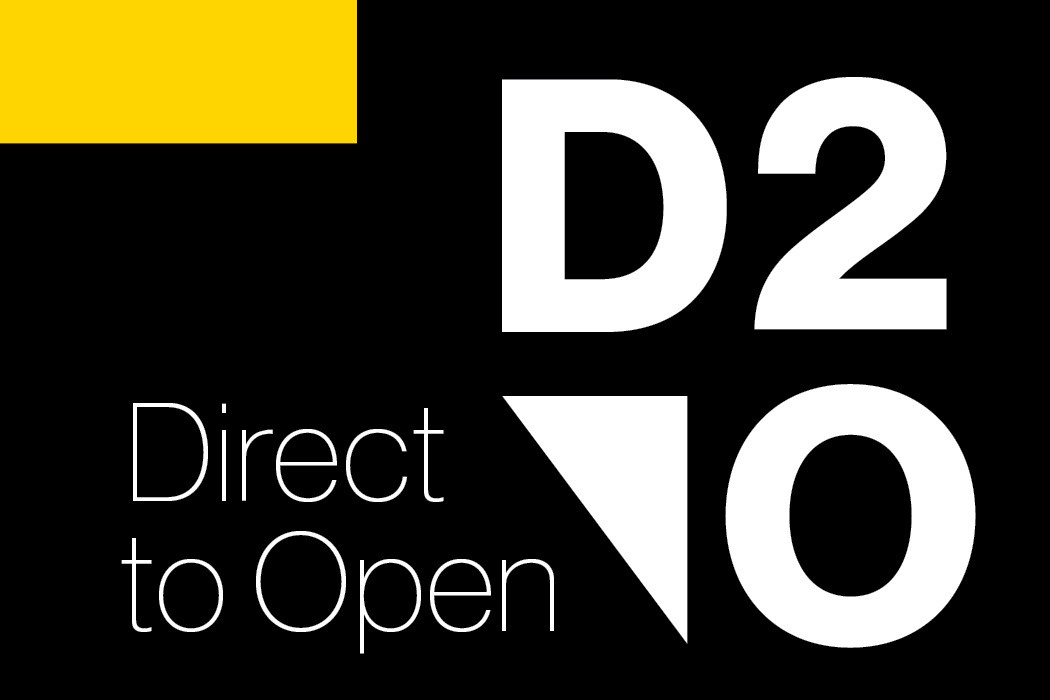 Recently, Emily Farrell, former library partnerships and sales lead at the MIT Press, and Curtis Brundy, associate university librarian at Iowa State University, appeared on the Choice Authority File podcast to talk about the Direct to Open model and the opportunity it presents. Their conversation was distributed as a four-part podcast series; explore part one, part two, and part 3 here.

Listen to the fourth episode in the series and read along with an adapted transcript below.

Bill Mickey: In this final episode of this four-part series, we look ahead at what’s next for the Direct to Open model, the importance of consortial deals in open access, and advice for academic libraries that want to move beyond traditional collection development practices.

It wouldn’t be unfair to say that Direct to Open and other open access (OA) monograph models are being introduced during a time of budget constraints. Emily and Curtis, I’d be interested in what each of you think about where the burden lies—with the publisher to create the models and offer the product, or with the purchasers to put some intention behind their demand?

Curtis Brundy: I would say the burden lies with both. We’re a library that puts a lot of intention behind demonstrating this demand—not just in our direct conversations with publishers but also in working with the library consortia we’re involved with.

But it’s also coming from the publisher side as well. A library can’t invest in open if there’s not an open model. If you think about any particular open agreement we’ve made at Iowa State—whether on the monograph or journals side—it falls on a spectrum, where at one side it’s super time intensive with us working closely with the publisher on the development and roll-out of a model; and then on the other side of that is something where the publisher has come up with it, similar to Direct to Open, and it is very easy to participate.

Overall, libraries can’t invest in open if the open models aren’t there. These things are evolving naturally together. But, for my part, I still see a very important role in prodding, in advocating for the idea that these are partnerships between publishers and libraries. If it’s a partnership, we both need to be at the table for things to progress and move forward.

Bill Mickey: I get the sense that when you say “prodding,” you are not only prodding publishers but also prodding your colleagues at the library.

Curtis Brundy: Yes, definitely; all of the above. I don’t feel like Iowa State has the answer for any of this, and we certainly aren’t alone in making these efforts. Change is hard. Universities are really big, complicated institutions, and so are research libraries. Change takes time, but we all need to move along together, whatever our local circumstances might be.

Bill Mickey: Emily, what are your thoughts?

Emily Farrell: I agree wholeheartedly with Curtis. It does have to come from all sides. The models have to be there, but the pressure also needs to be put on. There needs to be movement from both directions, and that’s how we’ll get somewhere. There will be some amount of back-and-forth, some kind of pendulum swing; we may not have all the answers now, or the dominant model for open books might not actually be out yet. But all of this experimentation, this ability to create and rethink and try to find some fixes—I think that means the burden is being spread across the system.

What’s exciting in seeing newer books model develop is that it is allowing for more discussion across sections of the ecosystem that haven’t been talking to each other previously. How do we bring funders into this picture? How do we bring researchers themselves into this picture? There’s space there for those conversations to develop, and that’s exciting.

Bill Mickey: Emily, looking ahead, can you talk a little bit about the goals for the Direct to Open project in 2022? Do you think you can hit that 100% mark?

Emily Farrell: We’re working on it and are still moving towards that goal; that’s what we want to see, so that’s what we have in our sights. We are continuing to see libraries commit, which is exciting, and we’re certainly aiming for 100%.

If we don’t reach 100% this year, all is not lost. That’s the idea of the model, really. In talking about milestones: We committed to 37 open books this year. That’s tremendously forward. We have developed a huge number of relationships. We have great agreements in place with different consortia. A third of our commitments are with libraries that have come on board for three years. So we’re already huge steps ahead of where we were just a year ago, so there’s a lot of hope there—and a lot of hard work and groundwork that’s been done to progress the model in a sustainable way.

It’s not necessarily the end of things if the model doesn’t work for the second half of this year. It just says to the community of libraries, “we do need you to come support this thing. We can’t do it without you.” Hopefully that’s something of a call of action, if we don’t make it to 100% this year. It will say to the library community, “we’re serious about this; come join us and make this thing work. We really do need your partnership to do it.”

Bill Mickey: We’ve talked about the importance of consortial deals, so I want to dig a little more into that. Curtis, how important are they? What are the benefits?

Curtis Brundy: Having these types of offers come through consortia we work with helps us scale. Back to that idea of a spectrum of effort that we have to put into making these different open access agreements: the easier they are to do, the more of them we can do. I think progress is being made, but I’ve been a little disappointed in how slow the movement has been. For one, everything is so decentralized with library consortia in the US. From where we sit, it’s a complicated environment—and then to try to move forward with each of these different groups we work with and get them to a point where they’re actively soliciting these types of offers and putting them out to member libraries, it’s been slow progress. But, I do feel that progress is accelerating.

For our library to be successful in transitioning our previous paywalled spend to open access, it’s imperative that the library consortia do more of this and start bringing more of these offers. Before I was at Iowa State, I was the library director at a small liberal arts college. In a place like that, there’s no bandwidth to engage directly with publishers. It’s almost all coming through big vendors that have great support staff. But Emily would not have had time to chat me up when I worked at that smaller school. To extend the reach down across these various types of institutions, consortia will be critical.

Emily Farrell: For us, too, MIT Press is a larger university press. But still, we only have a few staff that’s dedicated to doing this outreach. Consortia have been absolutely crucial to making this work. So many institutions have come on board through their consortia. License agreements can take such a tremendous amount of time, when it has to go through a university’s legal team—then it has to go through our university legal team. Getting past that hurdle has made a tremendous difference in working with libraries of all sizes.

So there is that scale issue, but from the publisher side, there’s a real trust piece. We know that when we’re working with consortia, they have the trust of their membership. Sometimes our consortia contacts might say, “that’s not going to work.” Or, “what about these questions I know that our members might have?” Having those central questions handled by the consortia contact means that they can iron out any misunderstandings, questions, or pieces that they know will cause challenges for their members of different sizes. It really speeds things up and increases the ability for us to trust one another in an environment where there is still a lot of distrust of publishers. We want to work beyond that and make sure that we can partner and collaborate in productive ways. Consortia are really important there.

Bill Mickey: Curtis, what advice would you give to libraries to move beyond traditional collection practices? What changes need to be made at the library level, but also, who should they be starting discussions with across campus?

Curtis Brundy: We already talked a little bit about values and value alignment. I would say if that hasn’t taken place, I would start there. What is important to your library? Think about your equity, inclusion, and scholarly communication values, and how are you going to bring those into the decision process for your collections spending.

But it’s not just values, it’s also value—and how do we determine value? I think libraries have been stuck in a rut in terms of how we think about and assess value for a long time. In the electronic world, the metric of choice is cost-per-use. As recently as three years ago, I was at a collection meeting and someone told me that cost-per-use was their number one metric. We’ve moved completely beyond that now; cost-per-use is not the most important thing. It goes back to the question of, “are you collecting for the institution, or are you collecting for the broader goal of opening up this knowledge from your institution to the world?” So we have completely changed the way we assess; we still haven’t sorted this fully out. There’s still a lot of work to be done at libraries in how we assess this open content that we’re helping make available to the world. But there’s immediate progress that can be made there just by bringing your values into alignment, and looking beyond cost-per-use as your number one metric.

Of course, stakeholder engagement across campus is huge. If you’re not having conversations on your campus about these sorts of things, get out and talk with people. What we have found is that people are really excited about this. They understand when they’re applying for grants now, social impact is a big part of that. If people aren’t reading your work, if you’re not making your work available, you’re minimizing your impact. There are a lot of angles under the umbrella of open scholarship, open science, where we can talk about what we’re doing in the library in ways that researchers and administrators really understand.

I think that part is a lot of fun. It’s fun to go out and have conversations with people on campus, when they see that we’re helping them do the things they want to do.