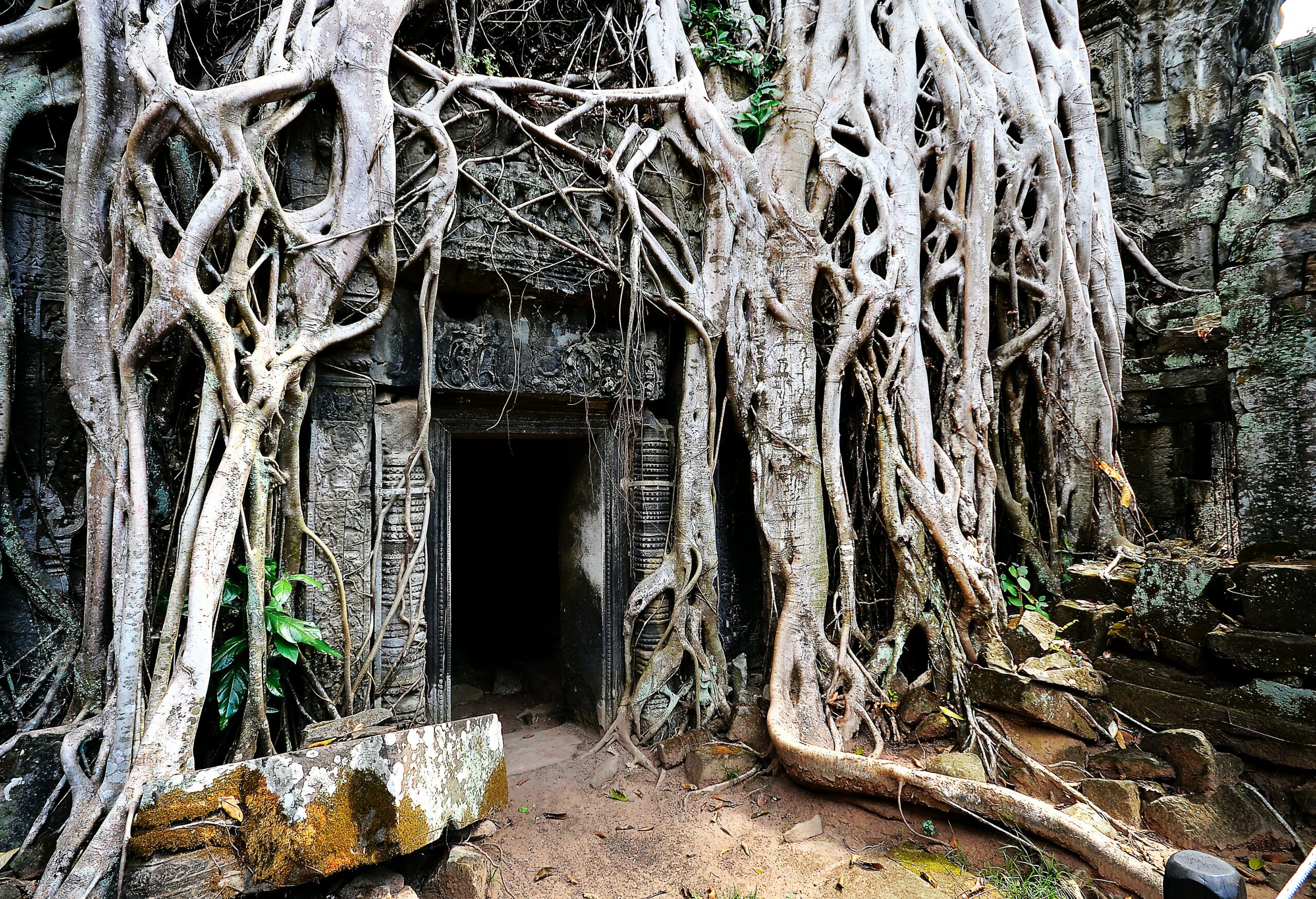 We spoke with Anne-Marie Schleiner, a new media and performance artist, scholar, and gamer, for the latest Spotlight on Science Q&A. Here, she reflects on her 2001 article in Leonardo. “Does Lara Croft Wear Fake Polygons? Gender and Gender-Role Subversion in Computer Adventure Games” is free to read on our site.

What sparked your interest in gaming culture?

I only played a few arcade games like “Ms. Pacman” and “Centipede” as kid in the 1980s and was not much of a gamer until I became an adult. A computer game I played in college called “Myst” sparked my interest in computer games. Myst’s universe reminded me of the science fiction and fantasy novels I enjoyed reading as a kid and teenager, just in a more interactive game form. I also loved the tranquil emptiness of Myst’s world and its environmental puzzles. (Something that, more recently, Jonathon Blow’s “Witness” brought back for me.)

Also, at my first graduate school program that I entered when I was 24, for an M.F.A. at San Jose State University’s C.A.D.R.E. program, I remember at the graduate student computer lab some of the (mostly male) students—including my then boyfriend, who was not even a student there but just hung out there-—were always playing multi-player and LAN (Local Area Network) games. Even if I didn’t take the time to play those games, like “Starcraft” (I was an actual grad student, after all), it was fun to look over their shoulders and see what the games that I wasn’t playing were like.

How were you introduced to the world of “Tomb Raider?”

First I enjoyed playing “Tomb Raider” myself as a console game in my free time. Then, from an academic perspective, I became interested in the game and its players when I did a game mod as my final thesis for my M.F.A. in Computers in Fine Art. The mod was a parody of Tomb Raider called “Madame Polly” (short for polygon—the small triangular planes that make up the surface of a 3-D model in a game world). As you explore a level of a modified version of an old mac space shooter game (by Bungie called “Marathon Infinity”), you find clues about Madame Polly’s gender identity embedded in the walls. Madame Polly was also an art installation in a gallery with a life-size wax figure of Madame Polly with a projection on it triggered by a motion sensor—sort of proto augmented reality. So for this feminist (or at least gender-focused) art game mod, I wrote an artist statement to put on the wall next to the gallery, and this evolved into the article, “Does Lara Croft wear fake polygons?” The editor of Leonardo was the one who suggested I also include the survey to further support the article.

If you were to conduct another Survey of Tomb Raider fans today, what kind of questions would you ask? How would it differ from your 1990s survey?

Today the multiple non-hetero gender identities contained within LGBQT have become more established, so maybe I would have more categories for players to self-identify with and more questions tailored to those multiple identities. It would also be interesting to adopt an intersectional approach that takes into account cultural, national, and racial identity in addition to gender. Also, perhaps I would explore some of the questions I raised in the original article about the pleasure of simulated violence and gore, in relation to participants views on real life violence. Although we have to be careful about being reductive and oversimplifying games in a way that leads to blunt censorship, the gun culture of the United States is something that should be addressed more even in relation to entertainment that valorizes and celebrates shooting.

Sometimes I think I was wiser when I was young but then forget what I once knew, at least theoretically—the idea I explored in the article that bad girls like Lara Croft can be good role models for women and girls is one that I have come back to recently, when I find myself trying to conform to being a “good woman” in my work life or personal life. Also, at the time, I think that Lara as Vehicle for the Queer Female Gaze, influenced by queer film criticism of the horror genre, was for me the most surprising and liberating configuration. Now, having lived for many years abroad, I wonder if this pleasure in the gory abject, queer adrenaline rush of game combat is a uniquely American perspective? Again an intersectional approach that takes into account both gender and ethnicity seems relevant here. I am thinking of Soraya Murray’s recent book, On Video Games, that I recently had the opportunity to review.

What is proto-feminist hacker art, and what are some examples of it in today’s video games?

Gender diversity has not progressed as quickly as I had hoped for at the time I wrote that article; neither the game industry, nor among players. In fact, with reactionary harassment like what occurred against women in gaming in the Gamergate controversy, things have regressed. In my 2017 book, The Player’s Power to Change the Game, published last year as part of Amsterdam University Press’ Media Matters series, my first chapter explores gender identity play in an experimental genre of games I call “unfolding games,” games that playfully unravel a character’s identity over time. Mostly in that chapter I drew my ideas from the analysis of a player-driven game practice that is now over a few decades old, digital KiSS dolls, a form of adult digital paper doll game. I then go on to critique how hardcore PC gaming, and even modding (or game hacking) has led to heterosexist and misogynist norms being enforced among gamers.

More recently, casual games have attracted more gender diverse players globally, also in the Global South (less affluent nations), and I address this especially in relation to mobile games in Latin America in my more recent manuscript Transnational Play: Pirate Localizers, Shanty Playgrounds, and Mobile Games. (I just have one last chapter left to finish about playing “Pokemon Go” across the bordering cities of Singapore, and Johur Bahru in Malaysia.) What is interesting to look at gender-wise, in relation to the casual genre of mobile and Facebook games, is the issue of time management, and the way women and girls generally manage to play shorter, more interruptible games on the go, while boys and men may still gravitate toward hardcore genres that require more focused attention and time investment. At the same time, the addictive Freemium monetization model common in casual games can be exploitative of less affluent players. I explore these empowerment issues in the book.

In an article I wrote recently for an anthology titled “Ecologies of Friends: Boy Masters of Craft and Live-Streaming Jocks,” about knowledge sharing on YouTube and Twitch among “Minecraft” players, I focused on the way male friends help each other learn to play the intricacies of a “hardcore” (skills invested) game like “Minecraft,” and in so doing socially exclude non-male players. Although the fathers of these often quite young “Minecraft” players have a tendency to brag about their sons’ self-taught programming skills, their boy “geniuses,” it is often with help from other boy players, and from the online tutorials that they make for each other, that allows them to learn to play so well. (Not that Minecraft parents of players shouldn’t be proud of their kid’s impressive world and object building within the game.) The point being Minecraft is sort of an heir to PC game modding and hacking, and again it replicates gender exclusion.

But among the more casual Pocket version of Minecraft for the mobile I discovered what you could again call “protofeminist” hacker art—a group of kid sisters who were producing and sharing female Minecraft skins with each other. Again, the casual form of a game seems more friendly to gender-diversity. (Now that I have a young son, I think more about how play influences gender and identity even from an early age.)

Also, since my Lara Croft article was written, there has also been a blossoming of independent and art games. For instance, designers like Annie Anthropy explicitly explore transgender experience through game play. There is still reason for hope of more gender diversity in gaming, but we still have to work to open up those spaces and to critique the ways gender exclusion and misogyny are reinforced through certain game genres, player practices, and in the industry.