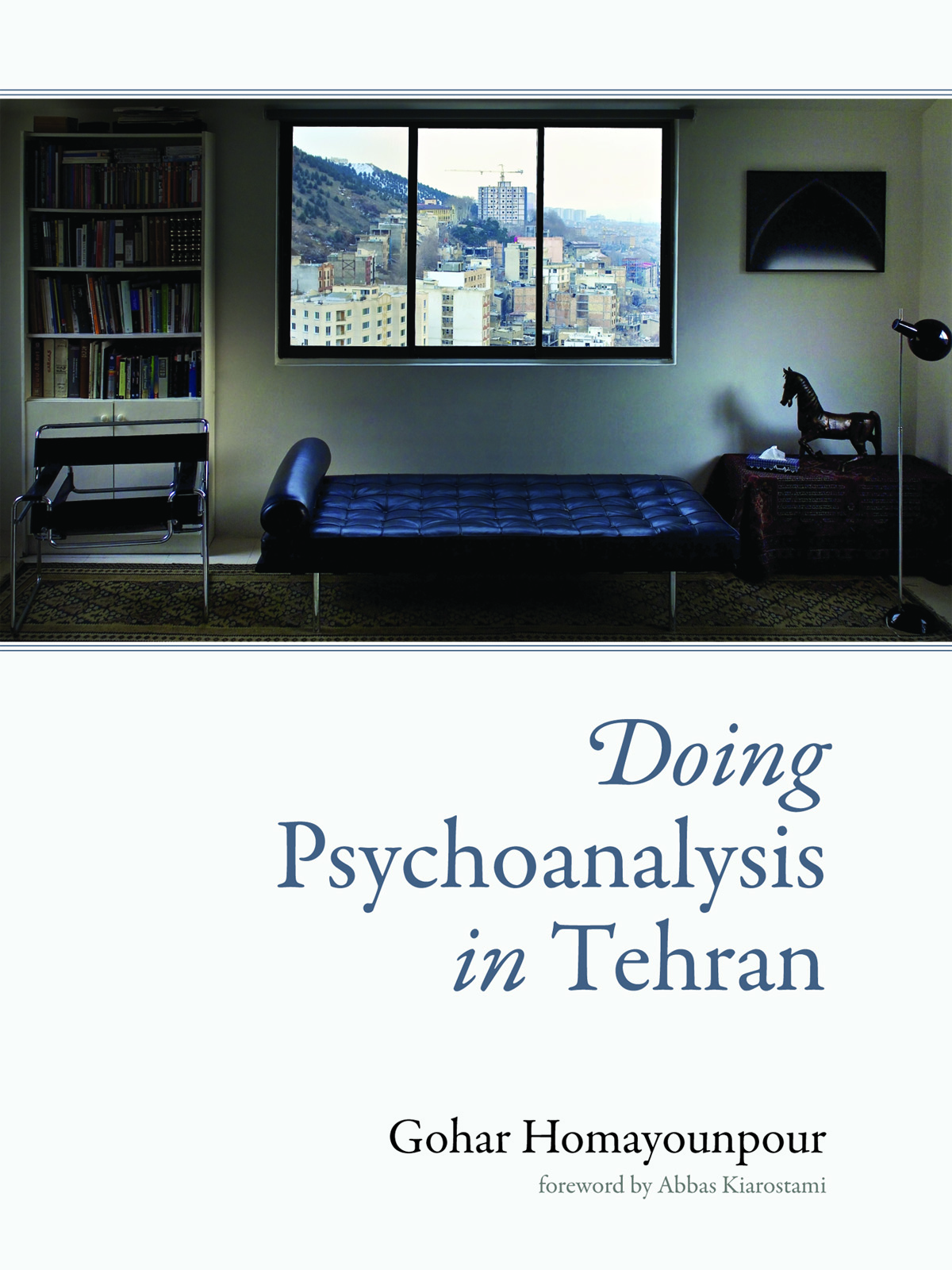 Our third post for Women’s History Month looks at Doing Psychoanalysis in Tehran by Gohar Homayounpour. The book details Homayounpour’s return to Iran to practice psychoanalysis after a twenty year absence.

What do Americans think when they think about Iran? Is it the highly charged rhetoric from their political leaders? The ubiquitous image of a woman wearing a chidor? Or perhaps the most recent Best Picture winner, Argo? The movie, which featured Hollywood A-Listers such as Ben Affleck and Alan Arkin, fictionalized a joint-covert operation by Hollywood and the CIA to rescue six American embassy workers hidden in the Canadian ambassador’s home from the upheaval of the Iranian Revolution in 1979. The premise: the embassy workers and a CIA operative go under cover as Canadian film makers to scout Tehran for exotic locations. These common presumptions about Iran are what Dr. Homayounpour encountered from her colleagues when she announced she was moving to Tehran from the United States to start a practice. Their disbelief amounted to what she calls, “fascinated rejection.” Namely, the idea that, in Iran, a land of chidor-cloaked women, strident anti-Americanism, and exotic locations, psychoanalysis, a Western concept, could not be done.

In Doing Psychoanalysis in Tehran, Dr. Gohar Homayounpour disproves such a notion. Her book is a mixture of psychoanalytic sessions with various Iranians from all social strata, muses on her father, and her thoughts on one of her favorite authors, Milan Kundera. Her colleagues in the West analyze patients with the same issues—divorce, suicide, macho truck drivers who are scared of the dark, and sexuality—that she discusses with Iranians on her couch in Tehran.  Although she does concede there are cultural differences between Iran and the West, Homayounpour says, “I am not ignoring the importance of cultural difference, yet neither can we ignore the fact that human beings are a lot more similar than they are different…I do not need any of the theories outlined above to understand the possibility of doing psychoanalysis in Iran. I am reminded by my patients during every minute of their 50-minute-long analytic sessions, every single day, that we are doing psychoanalysis.”

The cover image of the book displays Dr. Homayounpour’s office and the couch her patients so often sit on. Through the window above this couch, the sprawling, mountainous city of Tehran is displayed.  The image is reminiscent of the view of Tehran that is seen through the hotel window of Tony, Ben Affleck’s character, when he is plotting his extrication of the American embassy workers.  In Argo, the scene and Tehran itself is portrayed as a foreign and puzzling place, a city far removed from America’s safer and more familiar confines.  This impression, which matches the typical American feelings toward Iran already stated above, contrasts with the depiction we get of Tehran and its Iranian inhabitants in Homayounpour’s book.  Despite the supposedly foreign setting, Homayounpour’s patients share a humanity that proves both common and reminiscent of their Western counterparts. In the end then, what is in the mind of the patient, not how things appear from outside the window, is what matters.