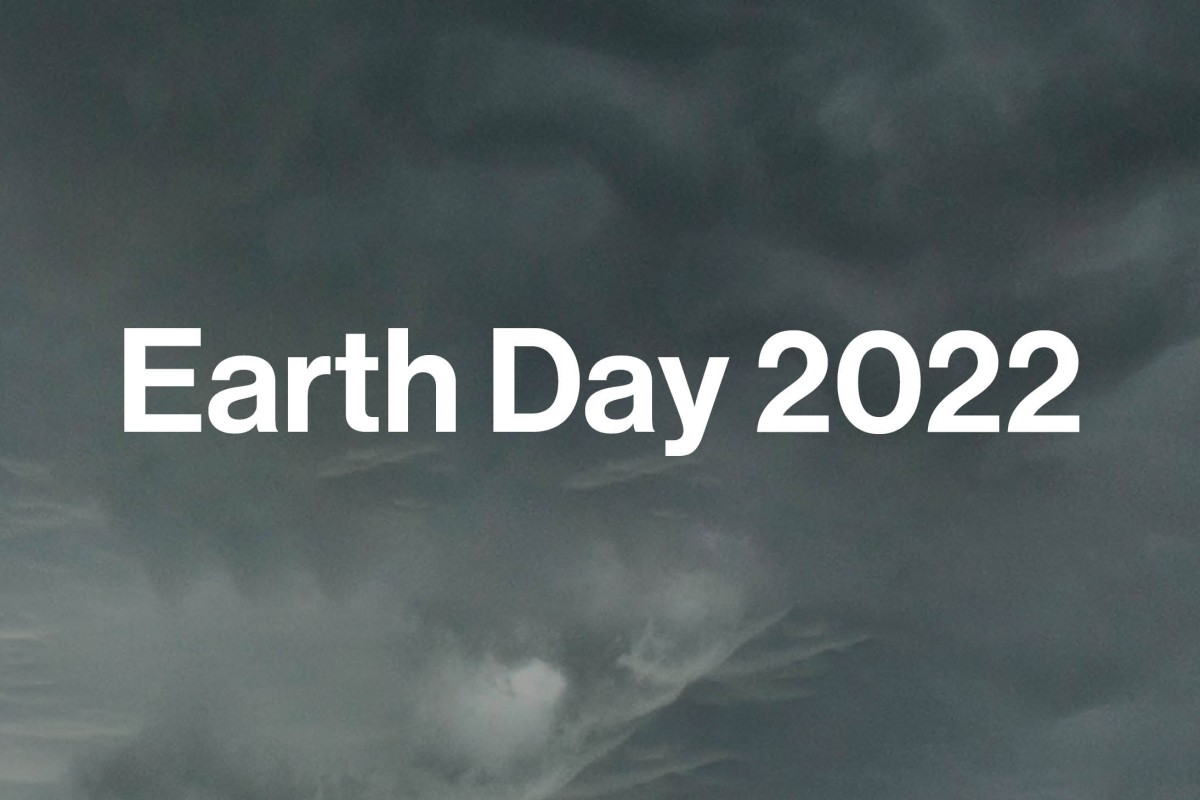 April 22nd marks Earth Day, giving us an opportunity to look at our world through a more environmentally-conscious lens. Earth Day was founded in 1970 as a way to mobilize people worldwide to take action to restore our planet. The public efforts of that very first Earth Day had long-reaching ripple effects over the years to come in the United States and around the globe, resulting in the emergence of sustainability projects like the United States Environmental Protection Agency, the Clean Air Act, the Clean Water Act, the Canopy Project, and many other significant efforts aiming to protect our communities.

Earth Day 2022 centers on the theme Invest in Our Planet, calling for individuals to “act (boldly), innovate (broadly), and implement (equitably).” In celebration, we have compiled several collections that address these areas—and today, in our last piece in the series, we focus on “acting boldly.” The books below elaborate on societal shifts we can make in order to have a greener future—covering topics like green building, place-based environmental movements, and sustainable business modeling. A common thread amongst these books is the importance of holding accountable the people, entities, and industries who are responsible for their harmful actions.

Explore our first and second collections in this series, and read more of our books on the environment and sustainability below.

In 2015, a group of twenty-one young people sued the federal government in Juliana v. United States for violating their constitutional rights by promoting climate catastrophe and thereby depriving them of life, liberty, and property without due process and equal protection of law. They Knew offers evidence supporting the children’s claims, presenting a devastating and compelling account of the federal government’s role in bringing about today’s climate crisis. James Gustave Speth, tapped by the plaintiffs as one of twenty-one preeminent experts in their climate case, analyzes how administrations from Carter to Trump—despite having information about the impending climate crisis and the connection to fossil fuels—continued aggressive support of a fossil fuel based energy system. What did the federal government know and when did it know it? Speth asks, as he presents the most definitive indictment yet of the US government’s role in the climate crisis.

The countries of East Asia—China, Japan, South Korea, and Taiwan—are home to some of the most active and effective environmental advocates in the world. And the governments of these countries have adopted a range of innovative policies to fight pollution and climate change: Japan leads the world in emissions standards, China has become the world’s largest producer of photovoltaic panels, and Taiwan and South Korea have undertaken major green initiatives. In this book, Mary Alice Haddad examines the advocacy strategies that persuaded citizens, governments, and businesses of these countries to change their behavior and build sustainability into political frameworks. East Asia’s effective advocacy strategies, as well as Haddad’s theoretical framework, offer valuable lessons for activists, policy makers, and researchers.

“Effective Advocacy provides a terrific, theoretically innovative introduction to the strategies employed by environmental movements in East Asia to effect policy change—exactly what I look for in a book when teaching classes.” —Miranda A. Schreurs, Technical University of Munich

Residents of rapidly industrializing rural areas in China live with pollution every day. Villagers drink obviously tainted water and breathe visibly dirty air, afflicted by a variety of ailments—from arthritis to nosebleeds—that they ascribe to the effects of industrial pollution. In Resigned Activism, Anna Lora-Wainwright explores the daily grind of living with pollution in rural China and the varying forms of activism that develop in response. This revised edition offers expanded acknowledgment of the contributions of Lora-Wainwright’s collaborators in China.

The Resistance Dilemma: Place-Based Movements and the Climate Crisis by George Hoberg

Organized resistance to new fossil fuel infrastructure—particularly conflicts over pipelines—has become a formidable political force in North America. In this book, George Hoberg examines whether such place-based environmental movements are effective ways of promoting climate action, if they might inadvertently feed resistance to the development of renewable energy infrastructure, and what other, more innovative processes of decision-making would encourage the acceptance of clean energy systems. Focusing on a series of conflicts over new oil sands pipelines, Hoberg investigates activists’ strategy of blocking fossil fuel infrastructure, often in alliance with Indigenous groups, and examines the political and environmental outcomes of these actions.

The Contamination of the Earth: A History of Pollutions in the Industrial Age by François Jarrige and Thomas Le Roux

Through the centuries, the march of economic progress has been accompanied by the spread of industrial pollution. As our capacities for production and our aptitude for consumption have increased, so have their byproducts—chemical contamination from fertilizers and pesticides, diesel emissions, oil spills, a vast “plastic continent” found floating in the ocean. The Contamination of the Earth offers a social and political history of industrial pollution, mapping its trajectories over three centuries, from the toxic wastes of early tanneries to the fossil fuel energy regime of the twentieth century. Viewing the history of pollution through a political lens, Jarrige and Le Roux also offer lessons for the future of the industrial world.

“Scholarly rather than polemical and of interest to students of environmental and economic history.” —Kirkus Reviews

Beyond the Triple Bottom Line: Eight Steps toward a Sustainable Business Model by Francisco Szekely and Zahir Dossa

Many recent books make the case for businesses to become more sustainable, but few explain the specifics. In Beyond the Triple Bottom Line, Francisco Szekely and Zahir Dossa offer a pragmatic new business model for sustainability that extends beyond the traditional framework of the triple bottom line, describing eight steps that range from exploring a vision and establishing a strategy to implementing the strategy and promoting innovation. Szekely and Dossa argue that businesses and organizations need to move away from the business case for sustainability toward a sustainable business model—going beyond the usual short-term focus on minimizing harm while maximizing profits. Instead, businesses on the path to sustainability should, from the start, focus on addressing a societal need and view profitability not as an end but as a means to support the sustainable organization.

“Beyond the Triple Bottom Line is an exceptional contribution for those who are honestly interested in leading their organizations to true sustainability.” —Carol A. Hee, University of North Carolina at Chapel Hill

Cheap and Clean: How Americans Think about Energy in the Age of Global Warming by Stephen Ansolabehere and David M. Konisky

How do Americans think about energy? Is the debate over fossil fuels highly partisan and ideological? Does public opinion about fossil fuels and alternative energies divide along the fault between red states and blue states? And how much do concerns about climate change weigh on their opinions? In Cheap and Clean, Stephen Ansolabehere and David Konisky show that Americans are more pragmatic than ideological in their opinions about energy alternatives, more unified than divided about their main concerns, and more local than global in their approach to energy.

“Ansolabehere and Konisky… give the reader a fascinating report: the public’s preferences are based on perceived costs and harms.” —John Deutsch, MIT; former Director of Energy Research, Undersecretary of Energy, U.S. Department of Energy

Buildings are the nation’s greatest energy consumers. Forty percent of all our energy is used for heating, cooling, lighting, and powering machines and devices in buildings. And despite decades of investment in green construction technologies, residential and commercial buildings remain stubbornly energy inefficient. This book looks beyond the technological and material aspects of green construction to examine the cultural, social, and organizational shifts that sustainable building requires, examining the fundamental challenge to centuries-long traditions in design and construction that green building represents. The essays in Constructing Green offer uniquely multidisciplinary insights into the transformative potential of green building and the obstacles that must be overcome to make it the norm.

“This is one of the first books to provide a landscape and a map of this field that will be a true guide to architects.” —Bill E. Roschen, FAIA, President, Los Angeles City Planning Commission; Principal, Roschen Van Cleve Architects

The widespread but virtually invisible problem of pesticide drift—the airborne movement of agricultural pesticides into residential areas—has fueled grassroots activism from Maine to Hawaii. Pesticide drift accidents have terrified and sickened many living in the country’s most marginalized and vulnerable communities. The fact that pesticide pollution and illnesses associated with it disproportionately affect the poor and the powerless raises questions of environmental justice (and political injustice).  In this book, Jill Lindsey Harrison considers political conflicts over pesticide drift in California, using them to illuminate the broader problem and its potential solutions. To solve seemingly intractable environmental problems such as pesticide drift, Harrison argues, we need a different kind of environmental justice.

“An important and timely addition to the conversation surrounding U.S. agriculture. A welcome antidote to the antipolitics of the food reform movement.” —Madeleine Fairbairn, University of Wisconsin-Madison

The Politics of Rights of Nature: Strategies for Building a More Sustainable Future by Craig M. Kauffman and Pamela L. Martin

With the window of opportunity to take meaningful action on climate change and mass extinction closing, a growing number of communities, organizations, and governments around the world are calling for Rights of Nature (RoN) to be legally recognized. RoN advocates are creating new laws that recognize natural ecosystems as subjects with inherent rights, and appealing to courts to protect those rights. Going beyond theory and philosophy, in this book Craig Kauffman and Pamela Martin analyze the politics behind the creation and implementation of these laws, as well as the effects of the laws on the politics of responsible development and sustainability.

“Kauffman and Martin’s comprehensive book demonstrates that like the laws of Nature, the Rights of Nature should be real and ineluctable.” —James R. May, International Council of Environmental Law; Widener University, Delaware Law School

From Big Oil to Big Green: Holding the Oil Industry to Account for the Climate Crisis by Marco Grasso

In From Big Oil to Big Green, Marco Grasso examines the responsibility of the oil and gas industry for the climate crisis and develops a moral framework that lays out its duties of reparation and decarbonization to allay the harm it has done. By framing climate change as a moral issue and outlining the industry’s obligation to tackle it, Grasso shows that Big Oil is a central, yet overlooked, agent of climate ethics and policy. Grasso argues that by indiscriminately flooding the global economy with fossil fuels—while convincing the public that halting climate change is a matter of consumer choice, that fossil fuels are synonymous with energy, and that a decarbonized world would take civilization back to the Stone Age—Big Oil is morally responsible for the climate crisis.