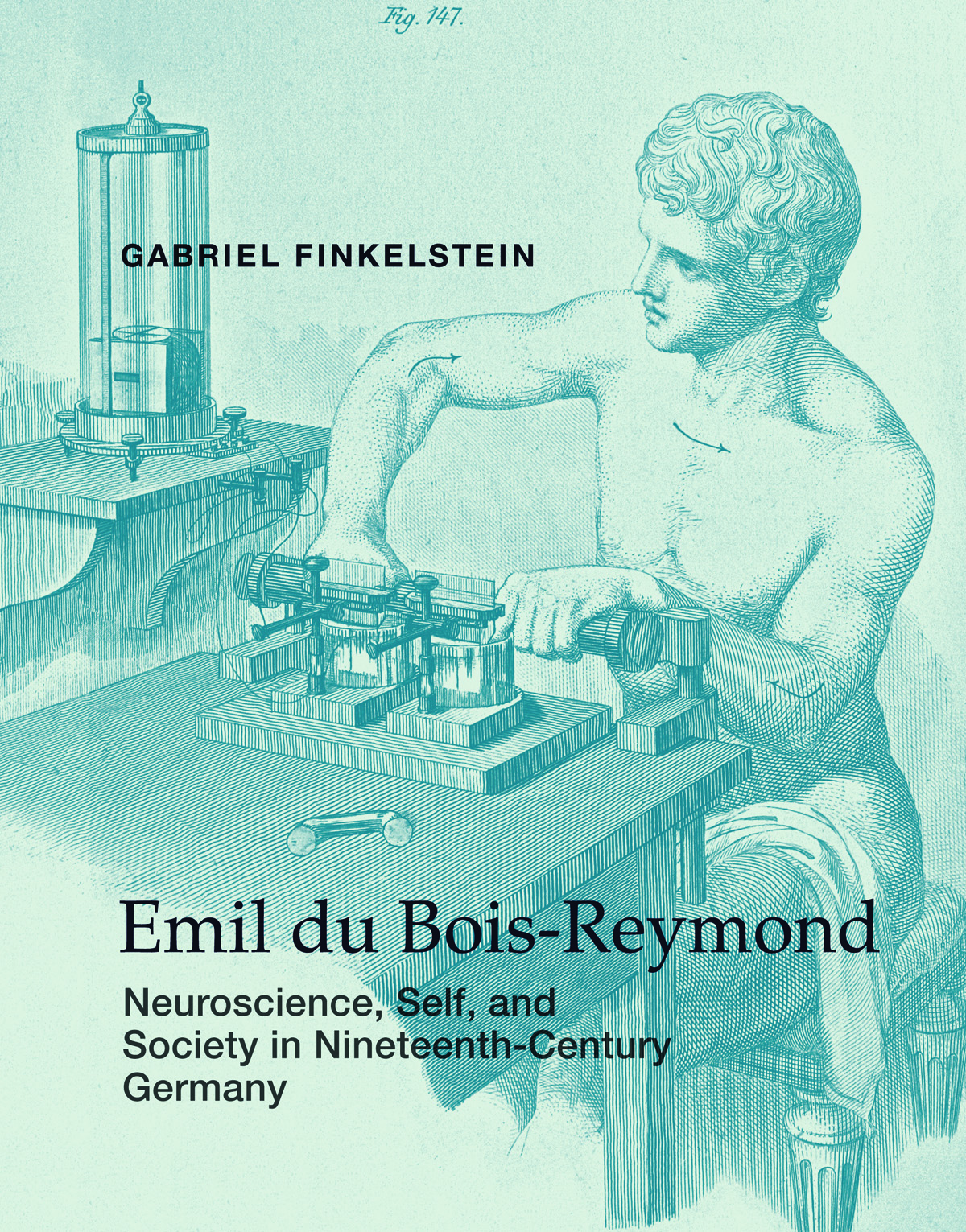 Have you ever heard of Emil du Bois-Reymond? If you haven’t it’s probably because according to Gabriel Finkelstein, author of Emil du Bois-Reymond: Neuroscience, Self, and Society in Nineteenth-Century Germany, this founder of electrophysiology is largely forgotten. For du Bois-Reymond’s birthday read on to discover his fascinating life. His encounter with William James is one of our favorite parts. Enjoy!

In your book you claim “Emil du Bois-Reymond is the most important forgotten intellectual of the nineteenth century.” Why do you think this?

What are some of du Bois-Reymond’s major contributions to science?

Over the course of his life, Emil du Bois-Reymond grew famous for inventing the discipline of electrophysiology. Contemporary neuroscience unites three traditions: one in anatomy that goes back to the Greeks (localization), one in chemistry that arose in the twentieth century (neurotransmitters), and one in physics that arose in the nineteenth century (electrical signals). Du Bois-Reymond is the father of the last. He’s not quite Victor Frankenstein, but he’s close.

Du Bois-Reymond’s discovery of the nerve signal earned him a seat in the Prussian Academy of Science and a professorship at the University of Berlin, back then the top university in the world. Contemporaries called him “the foremost naturalist in Europe,” rivaling Charles Darwin and Claude Bernard in fame and exceeding them in influence. Darwin’s theory went into eclipse at the turn of the century, Bernard’s vitalism died out altogether, but du Bois-Reymond’s mechanist approach laid the foundation of modern biology.

Du Bois-Reymond seems like he was an “intellectual rock star.” He not only made serious contributions to science, but was also a cultural icon. What were some of his bigger contributions to German culture?

Du Bois-Reymond was far more than a scientific pioneer. Like many of his colleagues, he capitalized on his academic authority to address the issues of his day. One speech, delivered on the eve of the Prussian War, asked whether the French had finally forfeited their right to exist; another, responding to the debate between science and religion, surveyed the limits of reason; another, reviewing the career of Darwin, triggered two days of parliamentary debate; and another, surveying the course of civilization, claimed science as the essential history of humanity. These pronouncements provoked international controversy.

What is the significance of “The Seven Enigmas”?

This address, which du Bois-Reymond delivered in 1880, reviewed the major shortcomings of science. Du Bois-Reymond was not the first to suggest that we would never fathom the ultimate nature of mind and matter (Tyndall, Huxley, Virchow, Voltaire, Diderot, La Mettrie, Leibniz, Locke, Pascal, and even Dante had said as much), but his was the clearest voice of skepticism towards the burgeoning faith in experiment. People did not warm to his warning. He was attacked by the press, the academy, and the Church, and new schools of philosophy, like pragmatism, neo-idealism, and logical positivism, arose in response to his argument. As I discovered, William James came to Berlin in 1867 in order to study with du Bois-Reymond. Not long thereafter James dropped out of school and suffered a famous crisis of confidence. It’s hard to tell which had horrified him more: his failure at neurophysiology or his anguish at du Bois-Reymond’s Pyrrhonism. Either way, the experience haunted James all his life. Just du Bois-Reymond’s logic still does us—it is rare to find a mathematician, or a scientist, or a philosopher who can resign himself to the limitations of reason.

Despite du Bois-Reymond being forgotten, what is his legacy?

In terms of science, du Bois-Reymond revolutionized the study of the nervous system. He also popularized the unifying principles of energy conservation and natural selection, making the contemporary world safe for Lucretius, so to speak.

In terms of history, he legitimated the study of culture, incited the development of historicism, popularized the philosophes of the eighteenth century, and drew attention to the phenomenon of nationalism.

In terms of the arts, he promoted the career of Juliet Margaret Cameron, championed realist literature, and lamented the Americanization of culture.

In terms of sports, he helped to pioneer gymnastics, mountaineering, and the physiology of exercise.

And finally, in terms of foresight, he predicted that Europe would sink into genocide and that fossil fuels would degrade the environment.

Du Bois-Reymond was a thinker of the first order. He was cosmopolitan in his outlook, liberal in his politics, and progressive in his relations. He stands as an exemplar of the brilliance of German culture in the nineteenth century, and by implication, of the enormity of the loss that followed in the twentieth.

Let me close with a personal reflection. The great temptation of historians is to condescend to their subjects—after all, we know how the story will turn out. I suppose you could call this a kind of dramatic irony. Like actors in a sitcom, the actors of history never really comprehend their motives; instead, it is historians who make sense their confusion.

Studying du Bois-Reymond showed me that the opposite is also true. Du Bois-Reymond understood his times far better than I did, and only at the end of writing his biography did I realize that he had been guiding me all along. This was an inspiring moment. Du Bois-Reymond’s legacy is the age-old lesson that the meaning of things will not be revealed in some future apocalypse, but rather that it must be grasped here and now.