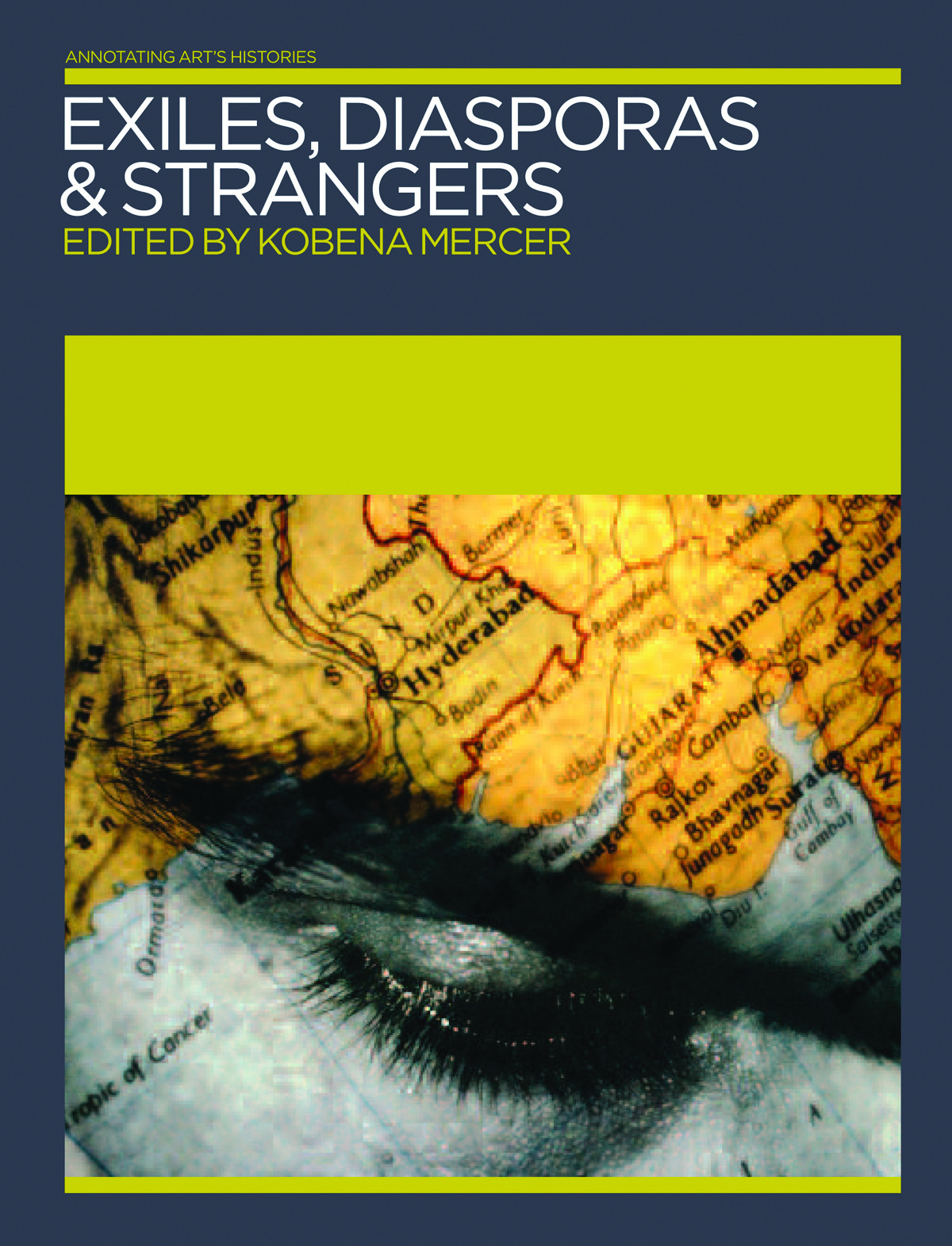 Continuing with our series on Black History Month, we’ll take a look this week at African-American painter Jacob Lawrence who is featured in our own Exiles, Diasporas And Strangers, the fourth book in Annotating Art’s Histories: Cross-Cultural Perspectives in the Visual Arts, a series edited by Kobena Mercer.

As the title suggests, Exiles, Diasporas And Strangers focuses on migration and movement, with Mercer noting in the book’s introduction that such themes proved “significant factors in 20th-century artistic formations.”  One chapter in particular, titled “Diaspora Aesthetics,” explores visual representations of the African diaspora produced by African-American artists in the 20th century.  Such a topic naturally brings to mind the Great Migration, which saw more than six million blacks travel from their long-held southern homelands to numerous northern cities throughout the early 1900s.  Besides bearing physical proof of a freshly realized African-American agency, this widespread relocation allowed black Americans to seek newfound economic opportunity in industrial centers, even as they faced harsh working conditions, persistent prejudice, and continued social obstacles.

Jacob Lawrence, whose famous Migration Series is featured in Exiles, joined a collective of black artists—writers, poets, painters, and musicians— in the 1920s and ‘30’s  who sought to express the novel notion of what it meant to be African-American in the 20th century.  The work of these artists and intellectuals blossomed into what is today known as the Harlem Renaissance.

Born in 1917, Lawrence took advantage of the growing autonomy afforded to blacks at the time by studying painting at numerous art schools while growing up in Harlem.  After graduating from the American Artists School in 1939, Lawrence began working for the Works Progress Administration’s Federal Art Project.  He soon began painting his own narrative series, which consisted of multiple paintings on a single subject or theme.  Lawrence finished his most well-known series, The Migration Series, in 1941, and it debuted in Manhattan’s Downtown Gallery in 1942, as Lawrence became the first African-American to be featured in a New York gallery.

The Migration Series consists of 59 paintings that depict the Great Migration, with railroads, bus and train stations frequently standing as symbols for the movement and mobility of black Americans.  Throughout the representations, Lawrence portrays these African-Americans as hard-working and upright people in search of a new life in the North.  They travel as a group that is still vulnerable to racial discrimination, but also as a people at once energized and determined to make the most of the newfound possibility that awaits them in northern cities.  Lawrence’s Migration Series thus reflects the ambivalence seen in many Harlem Renaissance works, which acknowledge the restrictive racism African-Americans still encountered in the early 20th century, while also affirming the novel economic opportunity that black Americans had now gained.

Anyone interested in viewing Lawrence’s paintings in The Migration Series can find the work in its entirety here (http://www.phillipscollection.org/migration_series/flash/experience.cfm).