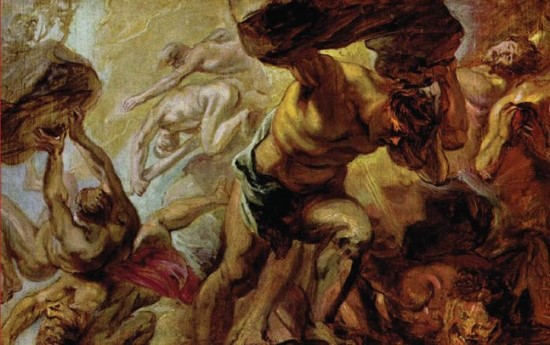 In Titans of the Climate: Explaining Policy Process in the United States and China,  Kelly Sims Gallagher and Xiaowei Xuan analyze how the planet’s two largest greenhouse gas emitters navigate climate policy. The book is part of The MIT Press’s  American and Comparative Environmental Policy series, which encourages work that examines a broad range of environmental policy issues, incorporating interdisciplinary research and focusing on the linkages between public policy and environmental problems and issues both within the United States and in cross-national settings.

In the Foreword excerpted below, John P. Holdren, the Teresa and John Heinz Professor of Environmental Policy at the Kennedy School of Government, writes that the book provides a “map for the future that can and should be the basis of continuing joint leadership by the United States and China in addressing the global climate change challenge.”

The joint leadership of the United States and China played a pivotal role in bringing the nations of the world together to sign the December 2015 Paris climate agreement—a groundbreaking set of national commitments and side agreements establishing, for the first time, a truly global process for reducing the greenhouse gas emissions that are disrupting the world’s climate. Notwithstanding President Trump’s misguided determination to withdraw from the Paris Agreement, the fact is that strengthening and deepening the US-China leadership that led to the agreement will be essential if that global compact is to succeed as the necessary next step toward avoiding climate catastrophe. Titans of the Climate provides policymakers, scholars, and advocates for stabilizing the global climate a rich understanding  of the climate policy processes of these two countries, whose continued leadership in this domain is so critical to the success of the Paris Agreement and the needed steps beyond.

The long-term goal stated in the Paris Agreement is to “hold the increase in global average temperature to well below 2°C above pre-industrial levels and pursue efforts to limit the temperature increase to 1.5°C.” The Intended Nationally Determined Contributions (INDCs) of the 195 signatory nations, which do not extend beyond 2030, will not suffice to meet either target. Indeed, they are not even sufficient to get the world onto an optimal trajectory for meeting either one by 2030. That is why the agreement calls for countries to revisit their commitments every five years after 2015 with an eye to increased ambition, and why still deeper cuts after 2030 will be needed even if such ambition materializes and is realized in the form of actual emission cuts.

Although other anthropogenic greenhouse gases contribute to the problem, CO 2 has been responsible for about 60 percent of the cumulative warming influence of human emissions since the start of the Industrial Revolution and is responsible for about 80 percent of the future warming being entrained by current human emissions. Of this 80 percent, 85–90 percent comes from the so-called industrial sources (primarily fossil fuel burning and secondarily cement manufacturing) and most of the remainder from agriculture and land-use change. Thus, the “industrial” emissions of CO 2 are the single largest driver of the global problem—and, remarkably, China and the United States together were responsible in 2016 for 43 percent of these. 2 That is why many informed observers have been saying for decades that unless and until the United States and China—the largest industrial nation emitter and the largest developing nation emitter, respectively— agreed to lead a global effort in emissions reductions, the rest of the world could hardly be expected to follow.

That agreement happened in November 2014, when President Obama and President Xi stood up together in Beijing and announced their Joint Statement on Climate Change, acknowledging the two countries’ dominant roles in driving climate change and committing to specific targets and timetables for emissions reductions. It happened, after years of disagreements and misunderstanding, because of the growing recognition of the need to act on the part of both governments and a deepening understanding of the other country’s decision processes, policies, and interests. Kelly Sims Gallagher and Xiaowei Xuan have been leaders in building that understanding in the two countries and between them, and they were personally involved behind the scenes in the run-up to the Beijing announcement. It is difficult to imagine two people better positioned to have written this book.

Titans of the Climate provides the fascinating history, contemporary understanding, and map for the future that can and should be the basis of continuing joint leadership by the United States and China in addressing the global climate change challenge. Policymakers, business leaders, scholars, and students from both countries should take note.

John P. Holdren is the Teresa and John Heinz Professor of Environmental Policy at the Kennedy School of Government; co-director of the program on Science, Technology, and Public Policy in the Kennedy School’s Belfer Center for Science and International Affairs; and professor of environmental science and policy in the Department of Earth and Planetary Sciences at Harvard University. From January 2009 to January 2017, he was President Obama’s science adviser and the Senate-confirmed director of the White House Office of Science and Technology Policy (OSTP), becoming the longest-serving science adviser to the president in the history of the position.

Excerpted from Titans of the Climate: Explaining Policy Process in the United States and China by Kelly Sims Gallagher and Xiaowei Xuan, The MIT Press, 2019.