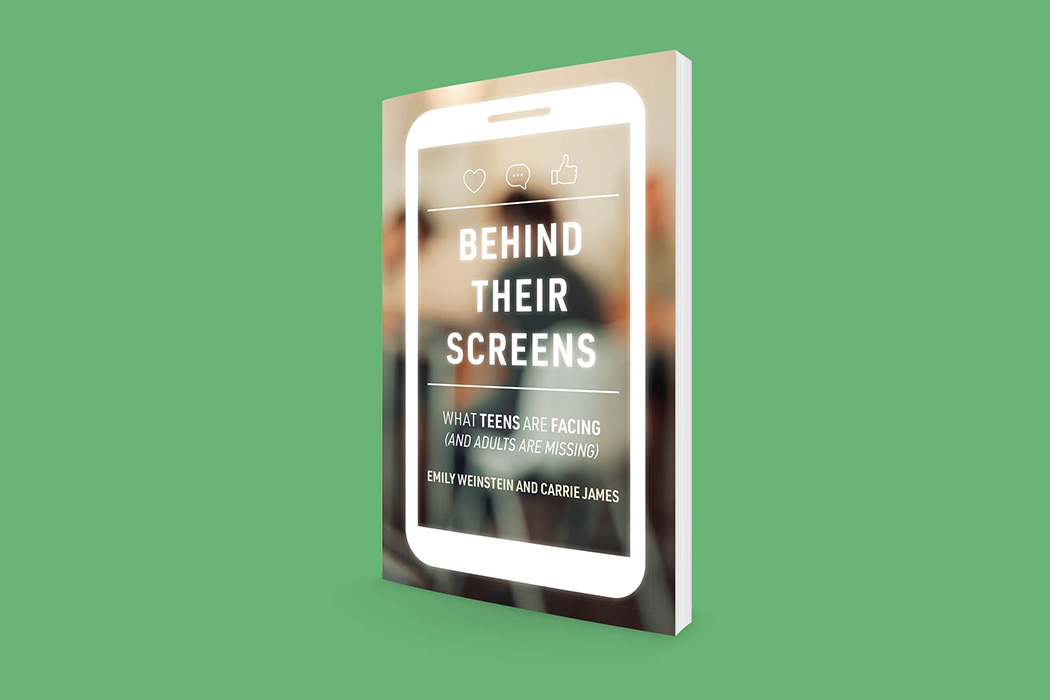 What are teens actually doing on their smartphones? Contrary to many adults’ assumptions, they are not simply “addicted” to their screens, oblivious to the afterlife of what they post, or missing out on personal connection. They are just trying to navigate a networked world.

In Behind Their Screens, Emily Weinstein and Carrie James, Harvard researchers who are experts on teens and technology, explore the complexities that teens face in their digital lives, and suggest that many adult efforts to help—“Get off your phone!” “Just don’t sext!”—fall short.

Weinstein and James warn against a single-minded focus by adults on “screen time.” Teens worry about dependence on their devices, but disconnecting means being out of the loop socially, with absence perceived as rudeness or even a failure to be there for a struggling friend. Drawing on a multiyear project that surveyed more than 3,500 teens, the authors explain that young people need empathy, not exasperated eye-rolling.

“The data offer an incredible window into different pain points and puzzles of teens’ experiences,” the authors write. “Our aim is not simply to know what they see on their screens, but also to see it as they do. This positions us to have their backs, rather than just looking over their shoulders.”

Adults should understand the complicated nature of teens’ online life rather than issue commands, and they should normalize—let teens know that their challenges are shared by others—without minimizing or dismissing. Along the way, Weinstein and James describe different kinds of sexting and explain such phenomena as watermarking nudes, comparison quicksand, digital pacifiers, and collecting receipts. Behind Their Screens offers essential reading for any adult who cares about supporting teens in an online world.

Behind Their Screens in the media:

Learn more about Behind Their Screens