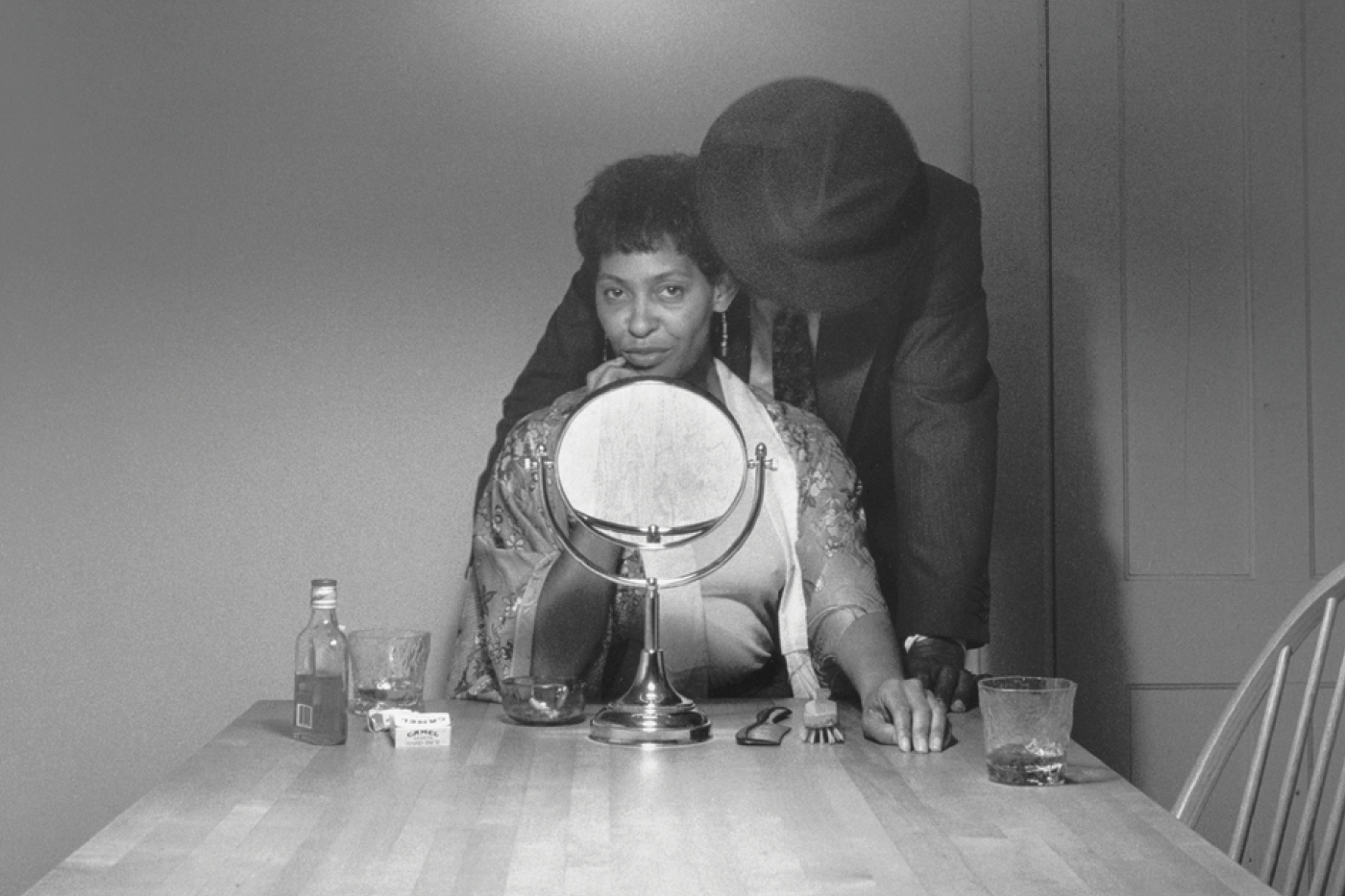 The latest addition to the October Files series features essays and interviews that build a snapshot of the life and work of the famous Black photographer, and her place in the history of contemporary art

Since the 1980s, influential American artist Carrie Mae Weems has challenged the status of the Black female body within the complex social fabric of American society. Her photographic work, film, and performance investigate spaces that range from the American kitchen table to the nineteenth-century world of historically Black Hampton University to the ancient landscapes of Rome.

Carrie Mae Weems, the newest volume in the MIT Press October Files series, edited by Sarah Elizabeth Lewis with Christine Garnier, collects essays and interviews exploring the work of Carrie Mae Weems and its place in the history of photography, African American art, and contemporary art.

“When you study the work of even the most celebrated Black artists—as I noted when finishing the MIT Press October File on Carrie Mae Weems—you often find that their work has been over-exhibited and under-theorized, and this has created an asymmetry between acclaim and the discourse on their work,” Lewis told Artnet in a recent interview. “This has all sorts of consequences for market value, yes, but for me, most importantly, their place within history.”

Featuring contributors including bell hooks, José Rivera, Dawoud Bey, and Coco Fusco, the writings in Carrie Mae Weems consider the underpinnings of photographic history in Weems’s work, focusing on such early works as The Kitchen Table Series; Weems’s engagement with photographic archives, historical spaces, and the conceptual legacy of art history; and the relationship between her work and its institutional venues.

The book makes clear not only the importance of Weems’s work but also the necessity for an expanded set of concerns in contemporary art—one in which race does not restrict a discussion of aesthetics, as it has in the past, robbing Black artists of a full consideration of their work.

Carrie Mae Weems in the media: