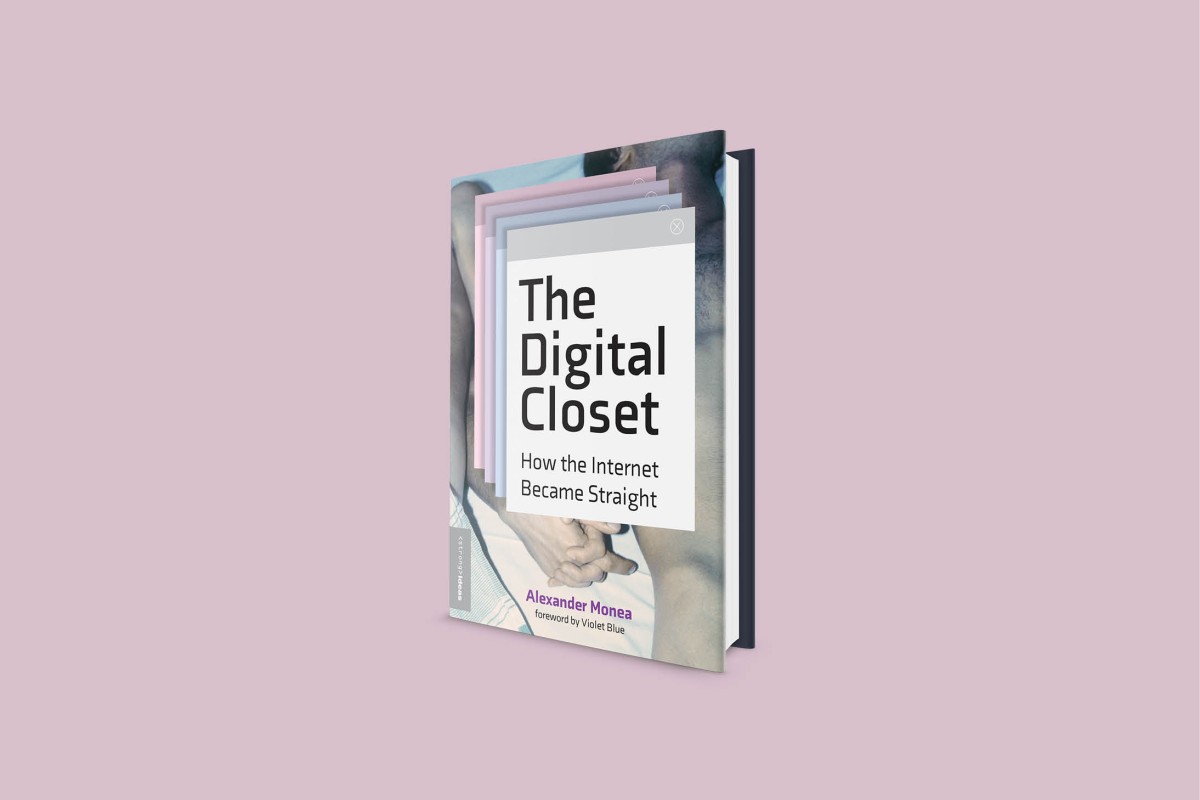 How is heteronormative bias deeply embedded in the internet, hidden in algorithms, keywords, content moderation, and more?

“Women, LGBTQIA+ people, and sexualized BIPOC demographics exist online in a culture of fear,” Alexander Monea writes in the introduction to The Digital Closet: How the Internet Became Straight. “Not just from online trolls, but also from right-wing conservative groups and digital platforms.”

In this wide-ranging, enlightening account, Monea examines the cultural, technological, and political conditions that put LGBTQIA+ content back into the closet online. According to Monea, the internet became straight by suppressing everything that is not, forcing LGBTQIA+ content into increasingly narrow channels—rendering it invisible through opaque algorithms, automated and human content moderation, warped keywords, and other strategies of digital overreach. “We would come out of the closet to find community on one platform, and would be forced off platforms and back into closets,” he argues. “Repeatedly.”

Monea looks at the anti-porn activism of the alt-right, Christian conservatives, and anti-porn feminists, who became strange bedfellows in the politics of pornography; investigates the coders, code, and moderators whose work serves to reify heteronormativity; and explores the collateral damage in the United States’ ongoing thirty year “war on porn”—collateral that includes the censorship of nonpornographic LGBTQIA+ community resources, sex education materials, art, literature, and other content that engages with sexuality but would rarely be categorized as pornography by today’s community standards.

“For all its connectedness,” Monea writes, “the internet has fractured us. For all its fiefdoms offering community and the equalizing opportunities of open communication, the platforms most everyone regards as ‘the internet’ are steered and architected by those who have utterly failed to understand that communication is centered not on bytes and bits, nor on blind profit, but on humanity—all of humanity. Not just the parts of it most profitable to advertisers, appeasing to misogynistic evangelicals, or palatable to far-right, conservative tech executives.”

Everyone suffers from this forced heteronormativity of the internet—suffering, Monea suggests, that could be alleviated by queering straightness and introducing feminism to dissipate the misogyny. The Digital Closet begs the question: Whose community is being protected when so-called community-safety policies regarding human sexuality are imposed onto online platforms?

The Digital Closet in the media:

Learn more about The Digital Closet