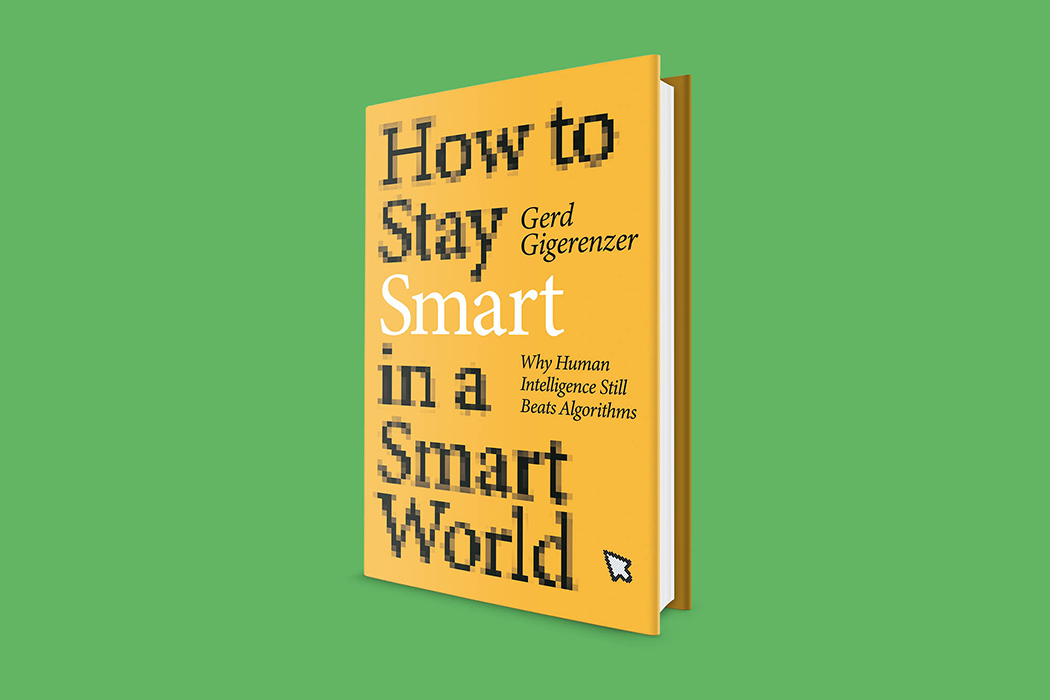 Gerd Gigerenzer’s How to Stay Smart in a Smart World reveals how to stay in charge in a world populated by algorithms that beat us in chess, find us romantic partners, and tell us to “turn right in 500 yards”

Doomsday prophets of technology predict that robots will take over the world, leaving humans behind in the dust. Tech industry boosters think replacing people with software might make the world a better place—while tech industry critics warn darkly about surveillance capitalism. Despite their differing views of the future, they all seem to agree: machines will soon do everything better than humans.

In How to Stay Smart in a Smart World, Gerd Gigerenzer shows why that’s not true, and tells us how we can stay in charge in a world populated by algorithms. Machines powered by artificial intelligence are good at some things (playing chess), but not others (life-and-death decisions, or anything involving uncertainty). Gigerenzer explains why algorithms often fail at finding us romantic partners (love is not chess), why self-driving cars fall prey to the Russian Tank Fallacy, and how judges and police rely increasingly on nontransparent “black box” algorithms to predict whether a criminal defendant will reoffend or show up in court.

Gary Klein, author of Sources of Power and CEO of ShadowBox writes that the book “provides an important perspective on AI for all those who are tired of being bombarded by hype and exaggerated claims, and for those who are rightfully worried about the dangers to society that are posed by AI.”

Gigerenzer—Director Emeritus at the Max Planck Institute for Human Development—invokes Black Mirror, considers the privacy paradox (people want privacy but give their data away), and explains that social media gets us hooked by programming intermittent reinforcement in the form of the “like” button.

We shouldn’t trust smart technology unconditionally, Gigerenzer tells us, but we shouldn’t fear it unthinkingly, either.

How to Stay Smart in a Smart World in the media: