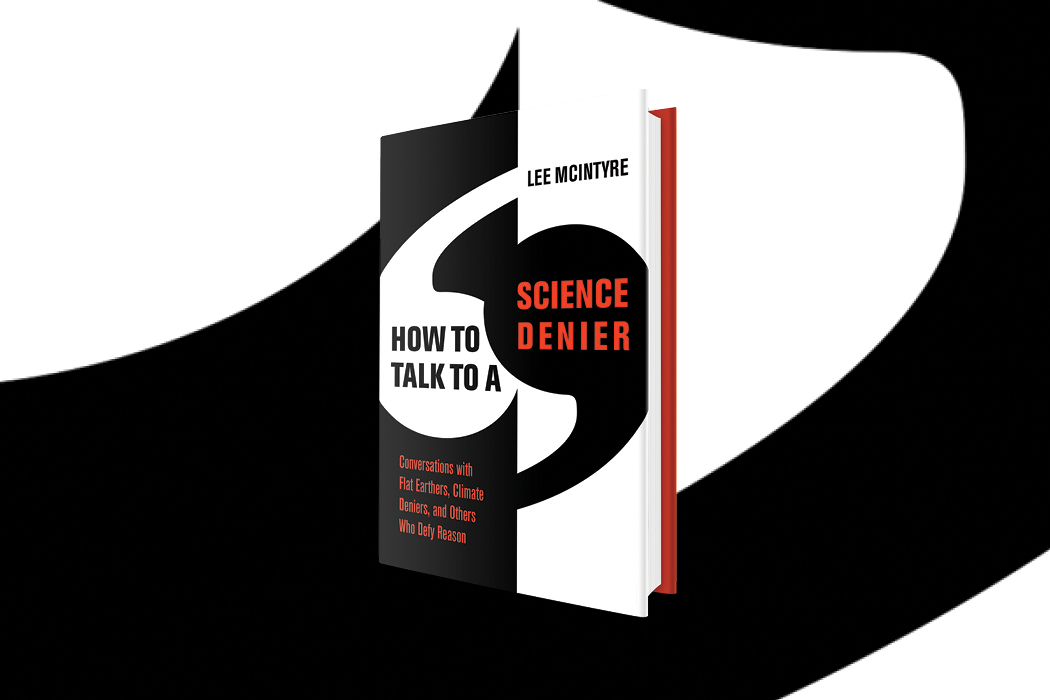 “Climate change is a hoax—and so is coronavirus.” “Vaccines are bad for you.” These days, many of our fellow citizens reject scientific expertise and prefer ideology to facts. They are not merely uninformed—they are misinformed. They cite cherry-picked evidence, rely on fake experts, and believe conspiracy theories. How can we convince such people otherwise? How can we get them to change their minds and accept the facts when they don’t believe in facts? 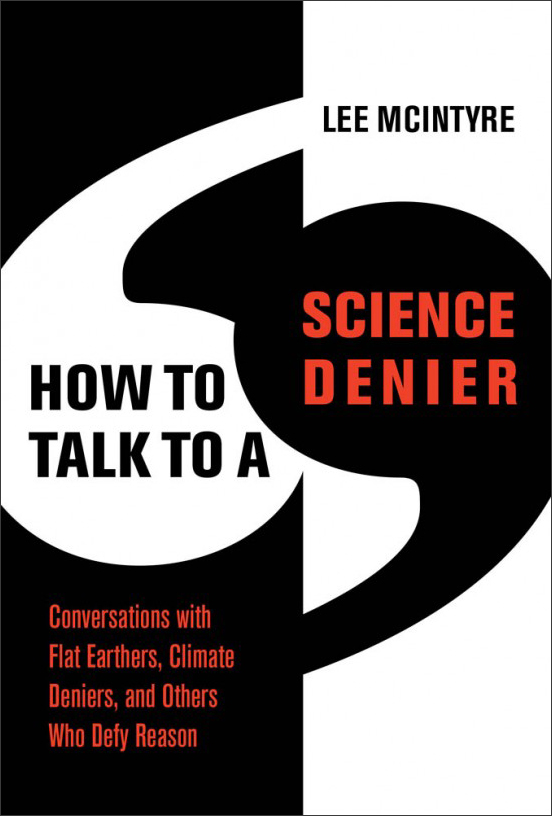 Lee McIntyre’s latest book, How to Talk to a Science Denier: Conversations with Flat Earthers, Climate Deniers, and Others Who Defy Reason, strives to answer that question, while arguing that anyone can fight back against science deniers. And given that science denial can kill, it is imperative that we do so.

“It is an axiom of science communication that you cannot convince a science denier with facts alone; most science deniers don’t have a deficit of information, but a deficit of trust,” McIntyre argues  in a recent piece in Nature. “And trust has to be built, with patience, respect, empathy and interpersonal connections.”

Drawing on his own experience—including a visit to a Flat Earth convention—as well as academic research, McIntyre outlines the common themes of science denialism, present in misinformation campaigns ranging from tobacco companies’ denial in the 1950s that smoking causes lung cancer to today’s anti-vaxxers. He describes attempts to use his persuasive powers as a philosopher to convert Flat Earthers; surprising discussions with coal miners; and conversations with a scientist friend about genetically modified organisms in food.

“Yes, people are stubborn and resist the idea of changing their beliefs based on facts, but for most change is possible. And if we don’t try, things will only get worse,” McIntyre writes in the book’s introduction.

How to Talk to a Science Denier offers tools and techniques for communicating the truth and values of science, emphasizing that the most important way to reach science deniers is to talk to them calmly and respectfully—to put ourselves out there, and meet them face to face.

How to Talk to a Science Denier in the media:

Learn more about How to Talk to a Science Denier