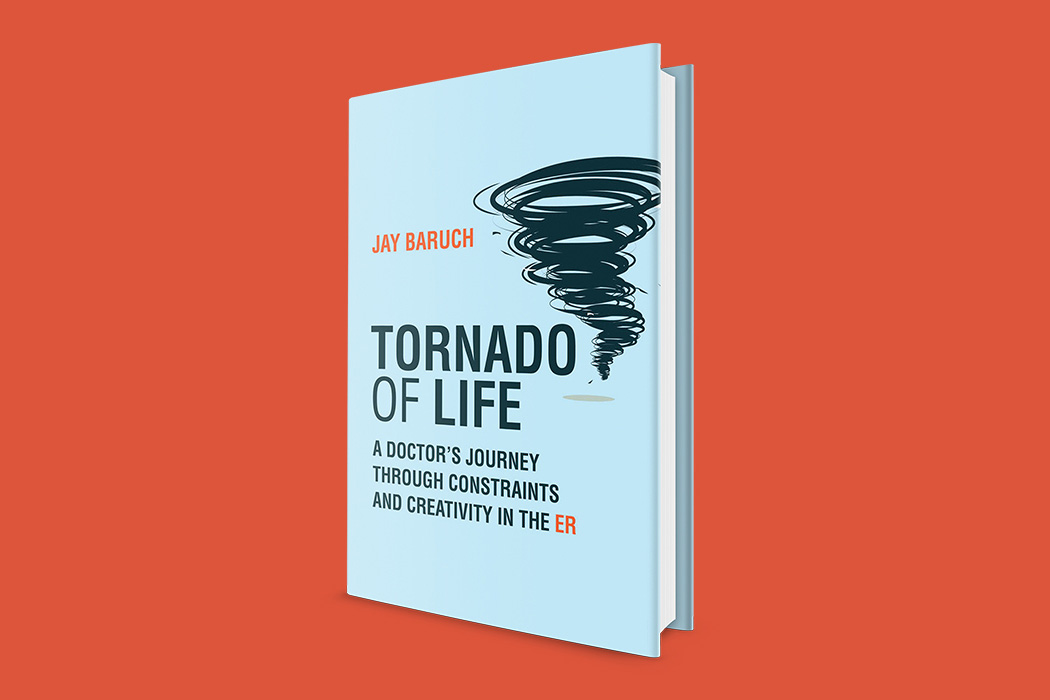 An ER doctor shows how empathy, creativity, and imagination are the cornerstones of clinical care

To be an emergency room doctor is to be a professional listener to stories. Each patient presents a story; finding the heart of that story is the doctor’s most critical task. More technology, more tests, and more data won’t work if doctors get the story wrong. When caring for others can feel like venturing into unchartered territory without a map, empathy, creativity, imagination, and thinking like a writer become the cornerstones of clinical care.

In Tornado of Life: A Doctor’s Journey through Constraints and Creativity in the ER, ER physician Jay Baruch shares these struggles in a series of short, powerful, and affecting essays that invite the reader into stories rich with complexity and messiness. Patients come to the ER with lives troubled by scales of misfortune that have little to do with disease or injury. ER doctors must be problem-finders before they are problem-solvers.

“Defibrillating a lifeless heart is a gripping moment familiar to most television viewers,” Baruch writes, “but it’s arguably an easier task than what I believe is a more critical activity, one charged with more dramatic energy: finding the heart of a patient’s story and responding to it.”

Baruch describes, among other things, the emergency of loneliness (invoking Chekhov, another doctor-writer); his own (frightening) experience as a patient; the patient who demanded a hug; and emergency medicine during COVID-19.

These stories often end without closure or solutions. The patients are discharged into the world. But if they’re lucky, the doctor has listened to their stories as well as treated them.

Tornado of Life in the media:

Learn more about Tornado of Life