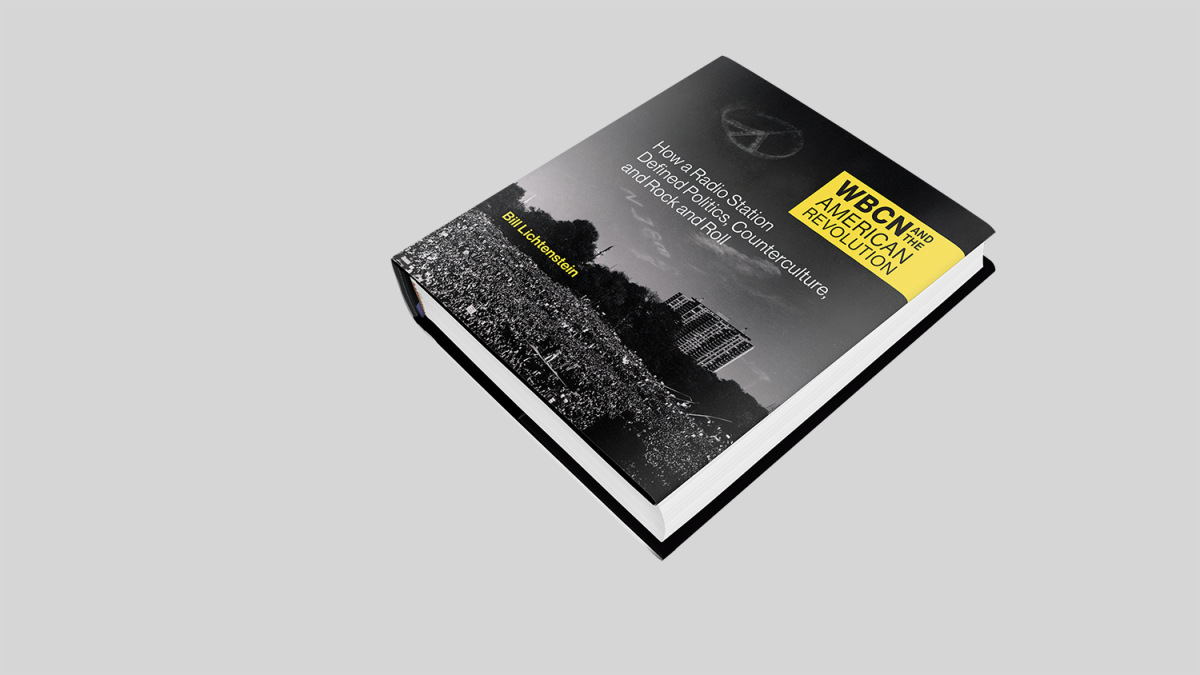 For the people living in Boston in the late ‘60s and early ‘70s, the radio was their internet. This was especially true for the 250,000 college students in the city at the time seeking a place to connect around rock-and-roll, anti-war activism, and a modern youth culture. The home they found for this discourse was in an emerging local radio station called WBCN-FM.

With over 300 images and untold stories collected by Peabody Award-winner Bill Lichtenstein, WBCN and the American Revolution: How a Radio Station Defined Politics, Counterculture, and Rock and Roll tells this story of how an underground radio station became part of profound social, political, and cultural change.

In this comprehensive history, Lichtenstein explains that while San Francisco was celebrating a psychedelic Summer of Love in 1967, Boston stayed buttoned up and battened down. But that changed the following year, when a Harvard Law School graduate student named Ray Riepen founded a radio station that played music that young people actually wanted to hear. “Nothing sparks the change or fuels the youth revolution to come in Boston as does the arrival of a thirty-year-old tort lawyer from Kansas City by the name of Ronald Ray Riepen,” Lichtenstein argues. “A cultural revolution is in the air in Boston.”

At WBCN, creativity and countercultural politics ruled: there were no set playlists; news segments anticipated the satire of The Daily Show; on-air interviewees ranged from John and Yoko to Noam Chomsky; a telephone “Listener Line” fielded questions on any subject, day and night. For those announcers, producers, and listeners of WBCN, it was a revolutionary time in broadcast radio. Through retellings of Lichtenstein’s own experiences and the compilation of stories from those who worked there, WBCN and the American Revolution explores how this small station in the heart of Boston quickly became the local epicenter of the rock-and-roll, antiwar, psychedelic solar system.

“As a budding broadcaster at powerhouse WBZ-AM in the early 1970s I fell for WBCN and told my boss, who said: ‘FM? It’ll never last,’” said Robin Young, host of NPR’s Here and Now. “He was right in that there will never be another WBCN.”

By threading these archival and oral accounts together, this book becomes more than just a history of a radio station. Rather it is the record of a cultural moment made up of a collective ecosystem of businesses, artists, and curators of the city’s sociopolitical scene, the significance of which may have started in Boston, but had ripple effects that were felt across the nation.

WBCN and the American Revolution in the media:

Learn more about WBCN and the American Revolution