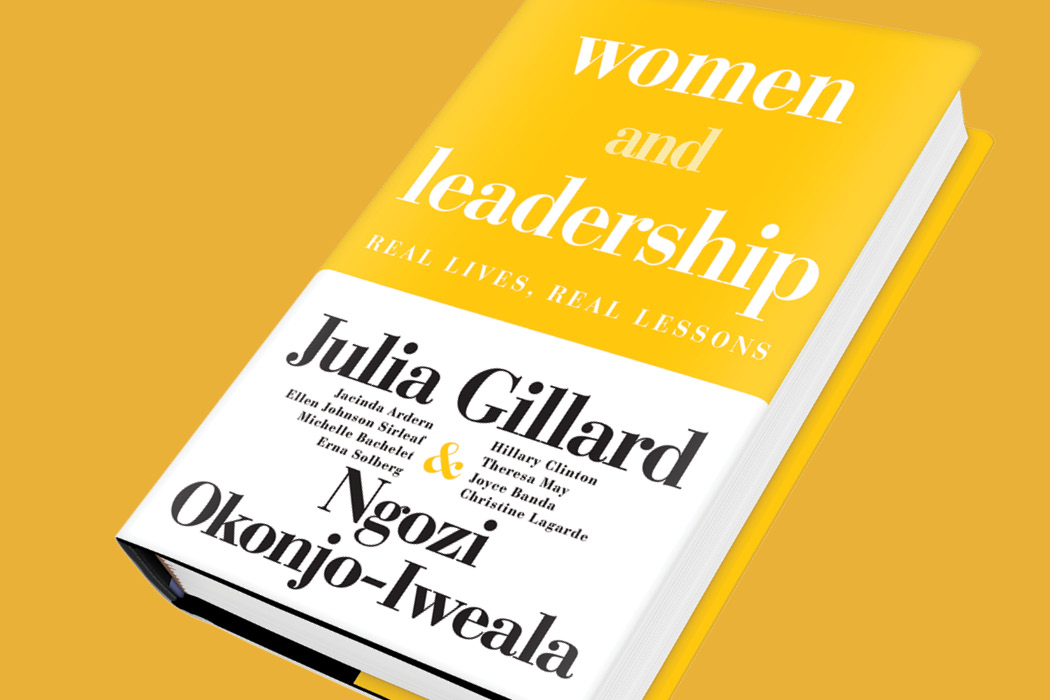 If asked to think of women in political positions of power, plenty of names might come to mind—Jacinda Ardern, Christine Lagarde, Angela Merkel, and Michelle Bachelet, for example. Our global political stage includes far more women than just mere decades ago, yet the shocking truth remains that they still make up only ten percent of national leaders worldwide.

So why aren’t there more women in leadership roles? In Women and Leadership: Real Lives, Real Lessons, Julia Gillard and Ngozi Okonjo-Iweala strive to tackle this question, among others. As one might expect, the answer has nothing to do with aptitude or interest but rather with gender bias and unequal access to opportunity.

“When I became prime minister of Australia, I assumed that at the start, there would be a strong reaction to me being the first woman, but it would abide over time and then I would be treated the same as every other Prime Minister had been,” Gillard said in a recent TED Talk. “I was so wrong. That didn’t happen. The longer I governed, the more visible the sexism became… The problem is we still all have sexist stereotypes whirring in the back of our brains.”

“It’s even harder to call out sexism and gendered attitudes for women of color,” Okonjo-Iweala told Christiane Amanpour on CNN. When facing bias, she says, women of color “don’t know whether it’s [sexism] or whether it’s racism.”

In their book, which features candid discussions with some of the world’s most influential and interesting women, Gillard and Okonjo-Iweala don’t presume to solve these problems. Rather, they analyze the biases, conscious and unconscious, that swirl in our thoughts about gender, and examine the structural barriers holding women back—what they call glass labyrinths, glass ceilings, and glass cliffs. “Yes, that is a hell of a lot of glass,” the authors write in the book’s introduction, “and for the women who break through there is always the nasty consequence of being surrounded by jagged, dangerous shards. However, each separate glass barrier does need to be understood.”

Considering the difficulties they have faced in their own careers—and the myriad struggles of the other exceptional leaders interviewed in Women and Leadership—Gillard and Okonjo-Iweala remain hopeful for the next generation of women leaders. The authors want readers to come away from their book feeling empowered. “If you’re a young woman with aspirations, you can be part of the change,” Gillard said to Amanpour. “You will find an incredible sense of satisfaction in being a driver in making a better world.”

Women and Leadership in the media:

Learn more about Women and Leadership