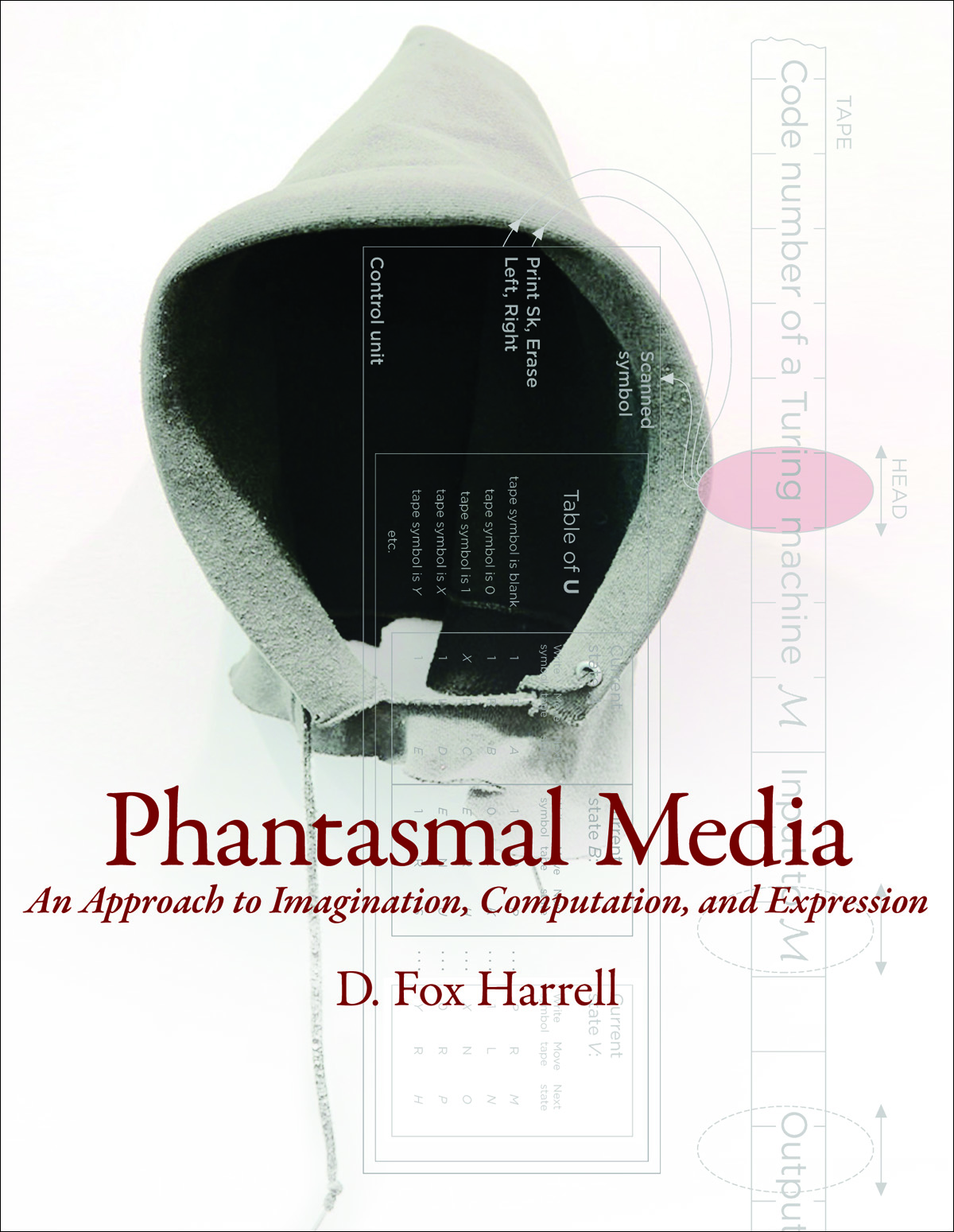 What are phantasms and how is the average individual confronted by them?

My cognitive science term “phantasm” does not refer to ghosts, poltergeists, or specters. Phantasms are a combination of imagery (mental or sensory) and ideas – ranging from our senses of self to social ills and other everyday experiences for example: someone looking at a large mansion with Greek columns in the front might not only admire the architecture, but also immediately understand that it connotes other ideas such as wealth, power, or privilege. The image of the house, influenced by social and cultural, is a phantasm—a combination of a mental image and ideas.

As another example, I recently wrote: Imagine a “slave.” What mental image came to mind for you? Did the image have a particular race or gender, raggedy clothes? Was it from a textbook you read in school or from a movie you just saw: perhaps Django killing of a black house slave in Quentin Tarantino’s film Django Unchained or Solomon Northup singing a spiritual in Steve McQueen’s film 12 Years a Slave? Accompanying that mental image you may have felt sadness or anger. Or maybe you thought of forced labor in India or forced prostitution in Western Europe and political efforts to combat those evils. Regardless, that image, based in your unique worldview, is a phantasm.

Phantasms such as these include imagining an image that could include sound, smell, taste, feeling, and all of the cultural, emotional, and political.

It’s also to useful to mention how the phantasm relates for familiar terms such as a “signs” (which combine representations and meanings) in the field of semiotics or “concepts” (small packets of information for processing an immediate meaning at hand) in the field of cognitive science. It is also important to distinguish phantasm as I use it from other uses of the term less central for me such as in early to mid-twentieth century psychoanalysis theories popular in literary and cultural theory.

As I use the term:

—phantasms emphasize the role of worldview in the imagination

—phantasms emphasize semi-visible ideas in culture—within the worldview in which they are based, phantasms seem natural and uncontroversial. Phantasms are revealed only when compared to concepts and images grounded in multiple worldviews.

Much of human thought depends on phantasms; to the extent that people ever imaginatively extrapolate to fill in gaps in our firsthand experiences, we are building phantasms. However, the term is intended to focus our attention on specific aspects of that process in a way useful for understanding and designing media works, especially using the computer.

You argue that the media uses phantasms to both oppress and empower. What is an example of a phantasm that has been effectively utilized to control or oppress its viewers?

Cultural phantasms rely on a shared worldview to maintain their invisibility. The ability of cultural phantasms to remain invisible contributes to their uses to oppress maintaining power – this is the idea of “hegemony.” However, computers can contribute to this to process on the back end of systems in a way that most users never see.

Consider online stores that recommend purchase to users based upon what other users have bought (recommender systems). On one hand this can be useful. On the other hand, those systems can end up pushing people toward sharing the same tastes and making the same types of purchases as others – a subtle form of control. Sometimes users on the margins, such as those without mainstream tastes, or perhaps those from underrepresented or oppressed social groups, are seen as “problems” for recommender systems. The computer science research literature on these recommender systems describes users who prove challenging for the algorithms underlying recommender system with the terms “gray sheep” and “black sheep.” “Gray sheep refers to the users whose opinions do not consistently agree or disagree with any group of people and thus do not benefit from collaborative filtering. Black sheep are the opposite group whose idiosyncratic tastes make recommendations nearly impossible” (Su and Khoshgoftaar 2009).

I cannot help but to wonder, however, if revealing cultural phantasms might help in reframing inconsistent, idiosyncratic, and marginalized users users as sources of knowledge rather than as problems – expanding people’s tastes rather than pushing them toward consensus.

Why do you feel that the field of computing is so well-suited for the creation of phantasms?

As I write in Phantasmal Media, although computers are often seen as objective machines, they can implement many types of subjectivity. Like other media, computational media can be used for human expression. In computing, one of the most venerable aims within AI is to implement forms of subjectivity. AI researchers continue to strive for methods to effectively make machines that can imitate subjective human behavior or that exhibit lifelike engagement with the real world. In everyday uses of communication media, the computer has allowed us to have subjective experiences in worlds distinct from our physical world. Unblinkingly, we use avatars to represent ourselves. Businesses and other institutions use data profiles to predict and determine our tastes and purchases. Families communicate using text, audio, images, and video across great distances over networks and in virtual worlds. In popular culture, computational media have been used for subjective aims ranging from the sentimental to the political. It has become a cliché to claim that videogames will become art when they can emotionally move players to tears. Many game designers strive to imbue games with emotion and many players appreciate such an effect when it occurs. In another arena, many people use the computer for social protest. Such uses promote subjective political viewpoints, whether of activists on the street using social media or hackers who practice radical computer-based art. Furthermore, many institutions deploy computers for surveillance of social media, desiring computers that can (simply put) distinguish the communication exchanges of the good guys from those of the bad guys.

Although any of these aims could be seen alternately as simplistic, admirable, passé, radical, or innovative, they all reveal human subjectivity that is intertwined with computational technologies. They reveal the deep cultural and subjective forces that drive much or all computer use.

Phantasmal Media is book about how to understand and create evocative story worlds, poetic metaphors, haunting visions, and empowering experiences using the computer. I write in the book that: computing systems hold the power to improvisationally and dynamically combine formal information elements in meaningful new ways while responding to users’ interactions. When this power is deployed, the unlimited human imagination is prompted by the limited symbolic ways that machines encode meaning. This balance between the structures that computers can manipulate and the ghostly, subjective forms of imagination that humans produce is at the heart of the expressive potential of computing.

What considerations must a designer keep in mind in order to create an empowering phantasm?

Truly empowering cultural phantasms do not replicate the conditions of oppression; rather, they create capacities for individual thought, collective action, and resistance against domination and exploitation. Empowering cultural phantasms support the oppressed in opposing unequal and unfair distribution of resources and punishment in comparison to the privileged. Critical computing empowerment is not reactionary. Empowerment is the process of becoming a culture maker. The challenge for culture makers, using the computer and otherwise, is whether empowerment is possible in the face of dominating abuses of sociocultural and state power. I believe that empowerment is possible because individual, sociocultural, and state power are all rooted in imagination, and because we all have capacities to imagine. I attribute a great locus of power to the individual.

First, system developers must construct demystifying computational phantasms: we need computing systems capable of expressing imaginative visions. Second, practitioners must lay bare the worldviews (epistemic domains) underlying both expressive and utilitarian computing systems: we must account for how computing systems entrench phantasms. Furthermore, cultural computing practitioners must build computing systems that learn from the strategies diverse groups have employed for survival in the face of oppression. Third, practitioners must develop technologies that reveal disempowering social structures to resist domination by the elite: we must scrutinize the technologies that we use and develop their potential to disempower and implement computing models that exhibit values that support the oppressed, the disenfranchised, and the marginalized. We must recognize the potential value in the creations, worldviews, and imaginative potentials of the members of those groups.

At the same time, developers and analysts of phantasmal media must realize that there is a locus of power in the human, independent of technology. As such, we must realize that our endeavors are just a piece of the puzzle when it comes to empowerment. We must support endeavors on multiple fronts that support social justice, economic equity, intellectual liberation, political self-determination, and related aims that support empowerment simultaneously at individual, sociocultural, and state levels.

In order to illustrate your claim that people “imagine worlds using media in order to make sense of the human condition,” you reference works by Vladimir Nabokov, Franz Kafka, Alban Berg, Italo Calvino and many more. Do you feel that through the careful and meaningful use of phantasms, computing can be elevated to a fine art form?

There already are many exemplary fine artworks that involve the computer, including works by software artists like Cory Arcangel, installations by artists like David Rokeby or recent work by Lorna Simpson, computer poems by writers like Nick Montfort, computer music by George Lewis, and an increasing number of art videogames by people like Michael Mateas, Andrew Stern, and Tracy Fullerton. Furthermore, I would not privilege fine art over a host of culturally meaningful films, computer games, and other forms of popular and arthouse works whose production involved using computers.

As I also recently wrote: I think we can go further though. The computer is an instrument, just like a piano or human voice. So just like Nina Simone used those instruments in her song “Mississippi Goddam” the computer can be used for social commentary and social change. The computer is also a medium, so it can be used to build imaginative worlds like those of science fiction authors Octavia Butler or Samuel R. Delany. However, each medium like books or movies has its own characteristics and each medium can be used to produce powerful works in its own ways. Digital media scholars such as Janet Murray have argued that the computer’s main characteristic as a medium is its precise execution of instructions (called algorithms). A second characteristic is the way it uses highly structured information (called data structures). My vision is that the computer, using algorithms and data structures, can help people imagine in creative new ways. Computing can be used to produce new forms of soulful expression and social change. The computer can reach its potential as a medium by creating and revealing phantasms.

Toward that end, building on the idea of Phantasmal Media, in my research group called the Imagination, Computation, and Expression Laboratory at MIT we have been working on games and forms of computer art that can help people come to their own realizations about social themes. These include interactive narratives about themes as diverse as dehumanizing life in the modern workplace, racial discrimination, social categorization and marginalization, and even a memorial for the Liberian civil war. 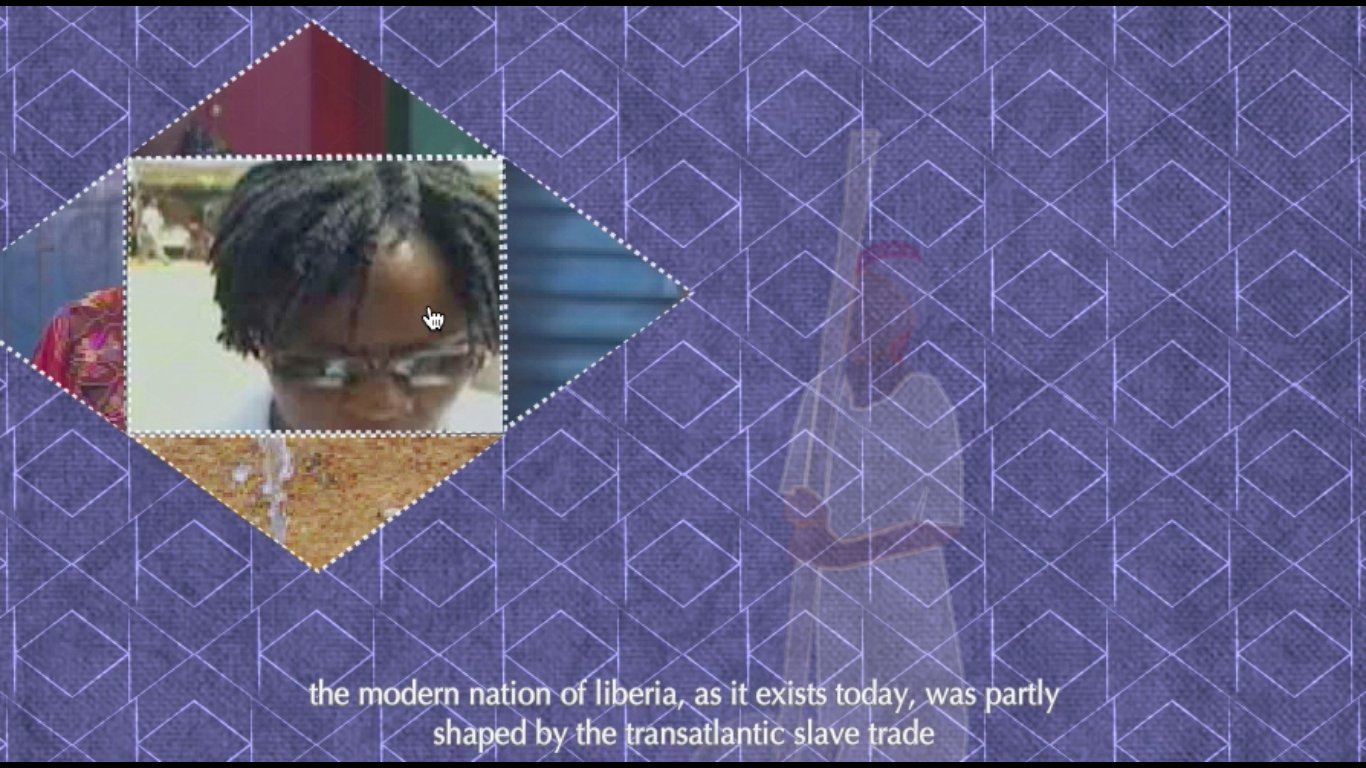 Phantasms, you see, are not just about themes of identity and race such as explored in our prototype game Mimesis that uses an undersea metaphor to let users explore racial discrimination. 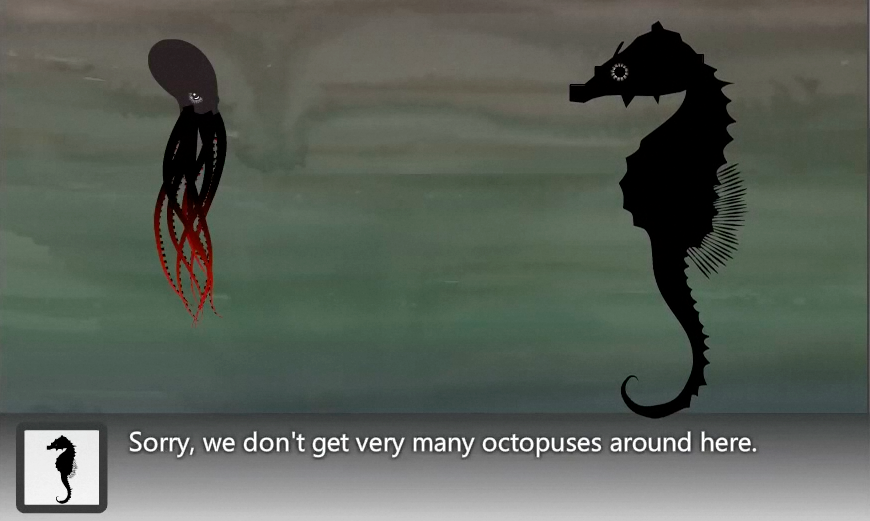 A screenshot from the MIT ICE Lab game Mimesis

Phantasms contribute to narrative and poetic thinking—influencing almost all our everyday experiences. Just like producing soulful music is not restricted to one particular group, phantasmal media can be used to make the world better for everyone.

D. Fox Harrell, Ph.D. is Associate Professor of Digital Media at MIT, in the Comparative Media Studies Program & the Computer Science and Artificial Intelligence Laboratory (CSAIL). He is the founding director of the Imagination, Computation, and Expression Laboratory (ICE Lab).