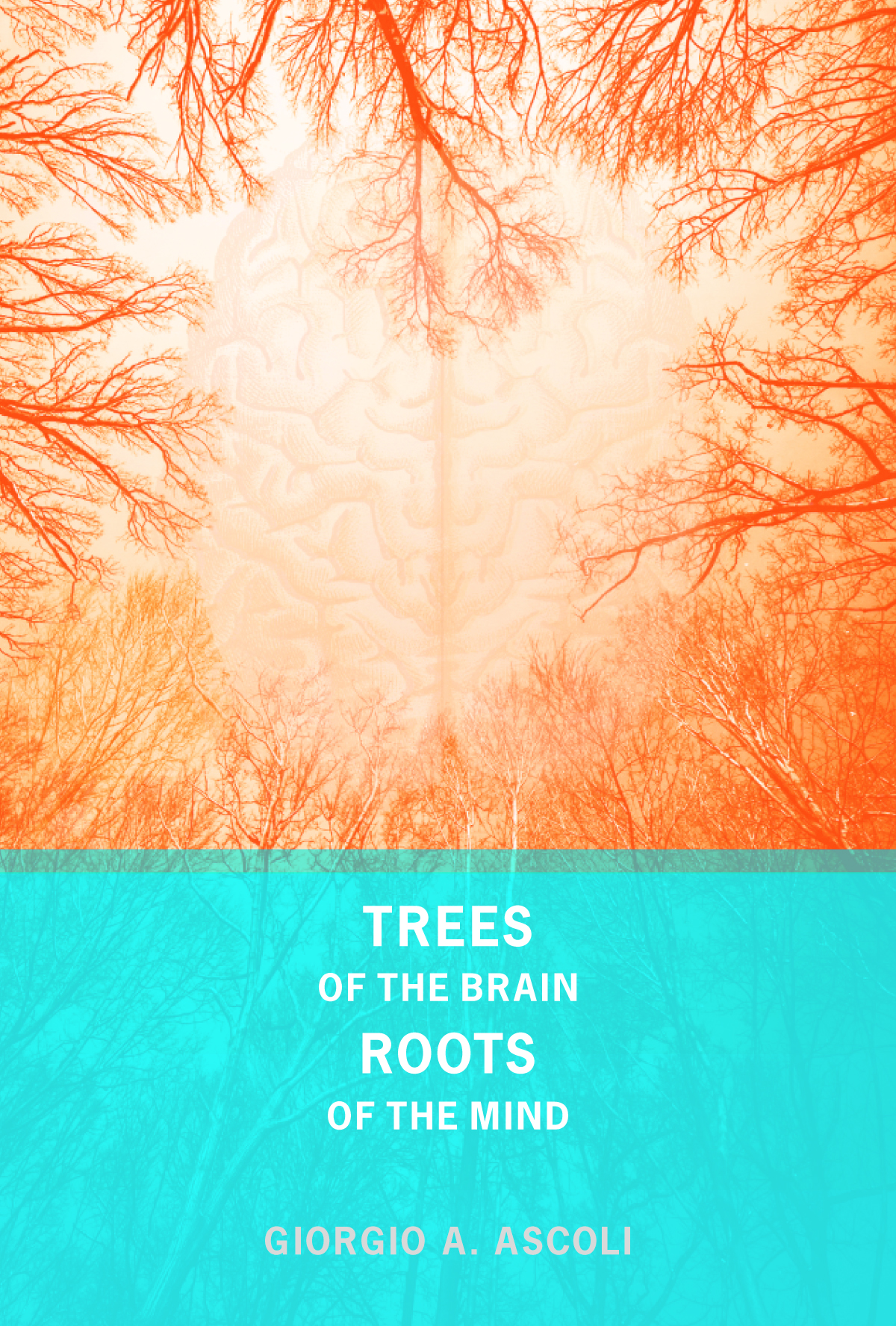 In our latest Five minutes with the author, Giorgio Ascoli discusses his book Trees of the Brain, Roots of the Mind.

The arboreal metaphor is ever-present in your book. How does that particular metaphor support your argument?

Unlike most other living cells, nerve cells are shaped like trees. To be more precise, neurons have two kinds of trees. One kind (axon) is specialized to transmit information to other neurons, while the other (dendrite) is specialized to receive information from other neurons. The tree-like shape of these cellular input and output structures enable neurons to interconnect into gigantic networks (brains). Understanding the branching architecture of neurons enlightens both circuit organization and computational processes. Scientists visualize neurons by sophisticated molecular manipulations and powerful microscopic imaging. Yet, with a little imagination, anyone can grasp the profound implications of arbor-based cognitive functions, just by admiring real botanical trees while thinking of neuronal signaling.

Based on the assumptions that mental states correspond to patterns in the nervous system and that learning is nothing but formation and elimination of neuronal connections, you unveil a new hypothesis of the mechanism determining what we learn and what we don’t learn. Can you explain how your hypothesis differs from the notion that synaptic strength underlies the capacity of brains to learn from experience?

If mental states are activity patterns flowing through the network, it stands to reason that network structure dictates which mental states can be thought of and which cannot. In other words, circuit connectivity corresponds to the individual’s capacity to have a particular thought – this capacity is what we call his or her knowledge. Then the strength of certain synaptic connections does not determine whether the corresponding pattern can be instantiated or not, but simply how likely it is for that to happen. In contrast, only forming and eliminating synapses alters the repertoire of available mental states. I might know the rules of chess even though I only think of them once every few years (weak synapses). A professional chess instructor might think of those rules every day (strong synapses). Someone who never learned chess doesn’t know the rules at all (those synapses are just not there). In sum, according to my book synaptic strength provides the probability of having a particular thought rather than the capability to learn from experience.

You say that “A basic additional requirement for an axon to make contact onto a dendrite is for some of their branches to share the same space”. What are the consequences of adding the spatial dimension to the study of neuronal connectivity and knowledge?

If the axon of a neuron must be spatially near the dendrite of another neuron in order for a synapse to form, only a small fraction of all possible pairs of neurons in the brain are potential synaptic partners at any one time. That is, each of us can only learn a small proportion of all knowledge we are continuously exposed to. So, much like in real estate location drives property value, the location of neuronal branches shapes what aspects of reality we can represent in our inner minds.

What does it mean when you say that each of us is endowed with our own unique and inimitable cognitive identity?

If two random human beings are genetically 99% similar, cognitively they are still 99% different, in the sense that they likely speak different languages and have different memories, plans, and dreams. This is because their brains are wired differently: the detailed synaptic connectivity in their brain is different. But if it is true that axonal and dendritic branches must be near for synapses to be present, the reverse also applies: presence of synapses implies that the corresponding axons and dendrites must be close to each other. This simple physical fact constitutes the neural correlate of the common observation that learning new facts requires adequate background information. If two people have different knowledge, they would also learn different things from the exact same experience. So not only are their mental states different: their continuous ability to instantiate new mental states moment after moment is also completely different and evolving throughout the life time. This unique cognitive trajectory follows the tracks of neuronal arbors.