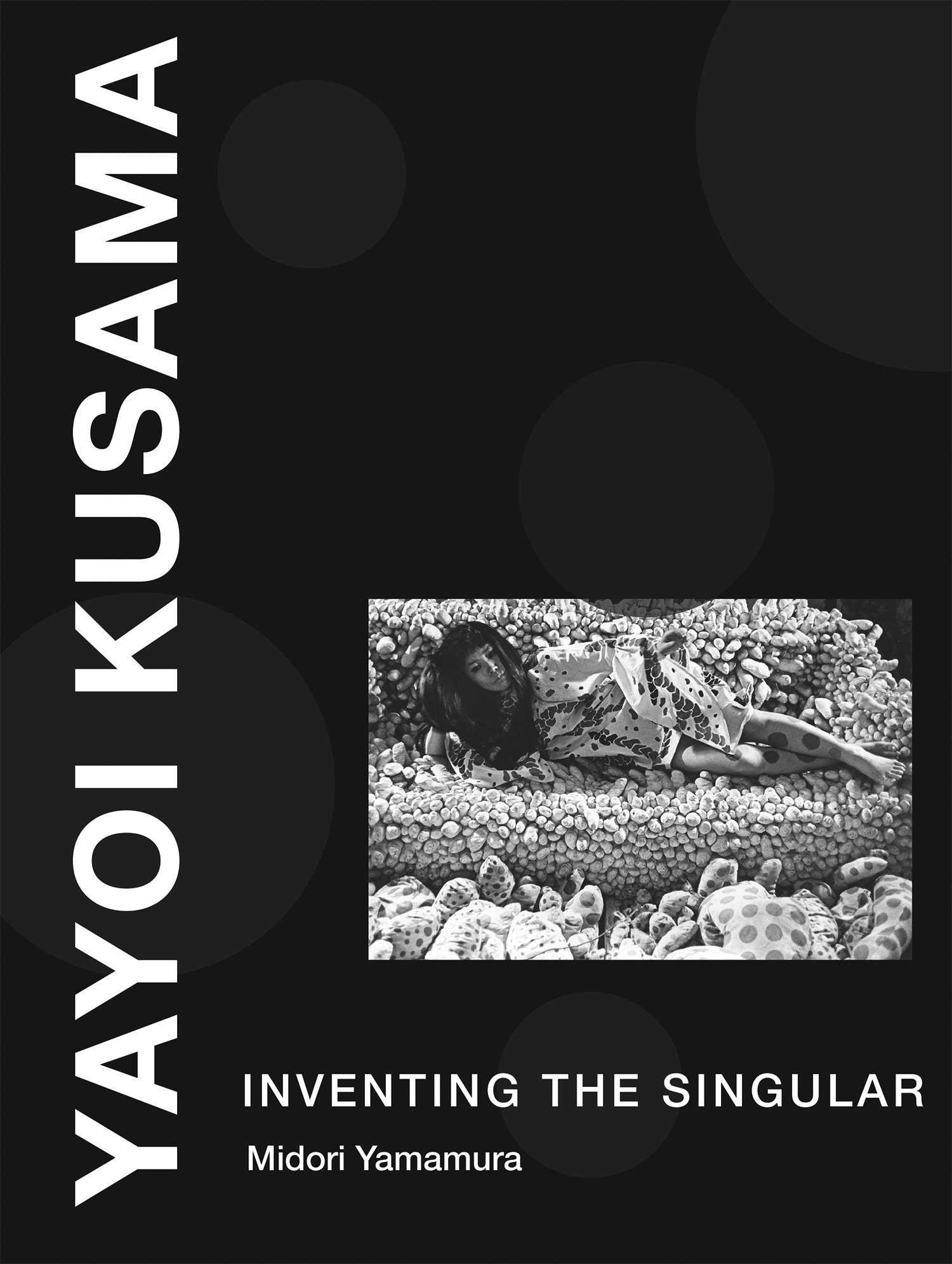 Yayoi Kusama, the most famous Japanese artist to emerge after World War II, rose quickly in the art world exhibiting with superstar artists such as Andy Warhol and Claes Oldenburg. Though Kusama may not be as well-known as Warhol and Oldenburg, her work has recently gone through a resurgence in scholarly interest along with a series of major exhibitions. Midori Yamamura’s new book Yayoi Kusama: Inventing the Singular strays from the biographical and emphasizes how her work influenced the art world.

Your book Yayoi Kusama: Inventing the Singular is not so much a biography about Kusama, but a certain period of her career. Could you tell us a little about the period you focus on and why?

My book focuses on the period between U.S. Cold War cultural politics and the roots of today’s neoliberal society, and examines how Kusama—who is from a small provincial town in Japan—responded to these new cultural, political, and economic shifts that occurred on a global scale.

When I began writing this book, I was simply thinking of examining a shift in cultural orientation from Europe to the United States during the Cold War, which influenced Kusama’s move to the United States in 1957. Along the way, I recognized that, in the period following World War II, American art became quite inclusive in terms of artists’ gender and ethnicity, which enabled Kusama’s initial success in New York City. Still, she was destined to be marginalized, owing to the successful efforts of the capitalists’ transnational activities to establish what was in effect a market monopoly. I became interested in examining how diverse artists, such as Kusama, Donald Judd, Claes Oldenburg, Otto Piene, Aldo Tambellini, and Andy Warhol, among others, conformed to or defied this crucial shift, each one with different geopolitical, cultural, racial, and gender positionings.

How did Kusama’s upbringing in Japan during World War II affect her art?

She grew up in a militaristic totalitarian society and initially embraced art as an anti-conformist pursuit. This led her to eventually seek a singular model of art, experimenting with new materials and methods. Because of her upbringing, Kusama gravitated toward other artists, who similarly problematized modern tendencies toward totality and began inventing an infinite variety of materials and expressions, most notably, the artists associated with the Dutch Nul and the German Zero groups. Starting in 1960, she began exhibiting with them in the artists’ curated exhibitions.

What was the Infinity Mirror Room?

I see Infinity Mirror Room as part of Kusama’s psychedelic art. The kaleidoscopic reflections on the mirror-lined walls are arguably suggestive of her suffering “from nausea, hallucination, and above all lethargy,” she wrote during this period, after using minor tranquilizers. These became extremely popular among Americans during the early 1960s, seeking remedies for the stressful and competitive urban life. But the effect of it, according to the Beatnik writer William S. Burroughs, killed “the pain and pleasure implicit in [human] awareness.”

Her subsequent work using the mirrors, such as Kusama’s Peep Show, generated an opposite effect. In it, Kusama introduced flickering lights and music with an aim to induce a synesthesia in her audience that would stimulate unused segments of the human brain. In the new work, she emulated the visions induced by active hallucinogens, such as psilocybin and LSD that helped to expand human perception, which became the basis for her psychedelic audio-visual-light performance entitled, Kusama’s Self-Obliteration.

You write in your book that Kusama blended in with the diverse Pop Art scene of the 60’s, but was marginalized by art dealers monopolizing the market by only promoting U.S.-born white males. How did this effect Kusama? How did it affect the art world at the time?

Kusama’s rapid eclipse in the New York scene coinciding with the rise of new American Art in the mid-1960s, can be taken as evidence of how, in the words of Marxist geographer David Harvey, once the economic space of competition shifted from local to global, capitalists often antagonistically cultivated monopoly privileges associated with “location and localities,” such as New York and new American art. More problematically, in this context of economic globalization, the opinions of “local initiatives can percolate to a global scale and vice versa,” which was not wholly unrelated to how Kusama was marginalized in Pop and Minimalist circles. This exclusion from the mainstream art scene, however, forced her to invent a singular art that she staged at unconventional venues, like dance clubs, concert halls, studios, and the streets, trying to alter people’s view of existing society by expanding their consciousness with her psychedelic art, which foreshadowed the politically charged feminist art of the 1970s, based on the sexual revolution.

Finally, you wrote this book without the assistance of Kusama herself because of certain restrictions the artist requires for cooperation. How was this process?

Kusama belongs to a particular generation, when the mainstream art world began accepting artists at young age and artists consciously mythologized themselves. A good example for this is Andy Warhol’s legendary proclamation: “I want to be a machine.” Yet, Warhol was reluctant to employ a fully mechanical process and preferred to work manually, as George Frie and Neil Printz’s careful analyses of his technique in 2002 indicate. Warhol’s own words prevented scholarly attention on his techniques, which limited our understandings of his work. The same can be said for Kusama. As I previously pointed out in my review of Kusama’s Infinity Net: The Autobiography of Yayoi Kusama (Woman’s Art Journal, 2012), there are many discrepancies between Kusama’s own autobiographical narrative that she began dictating in 1975 and the primary sources.  I thus wanted to focus on history and objects rather than the artist’s biography, to reach a deeper understanding of Kusama’s works and open up new avenues for future research on Kusama.