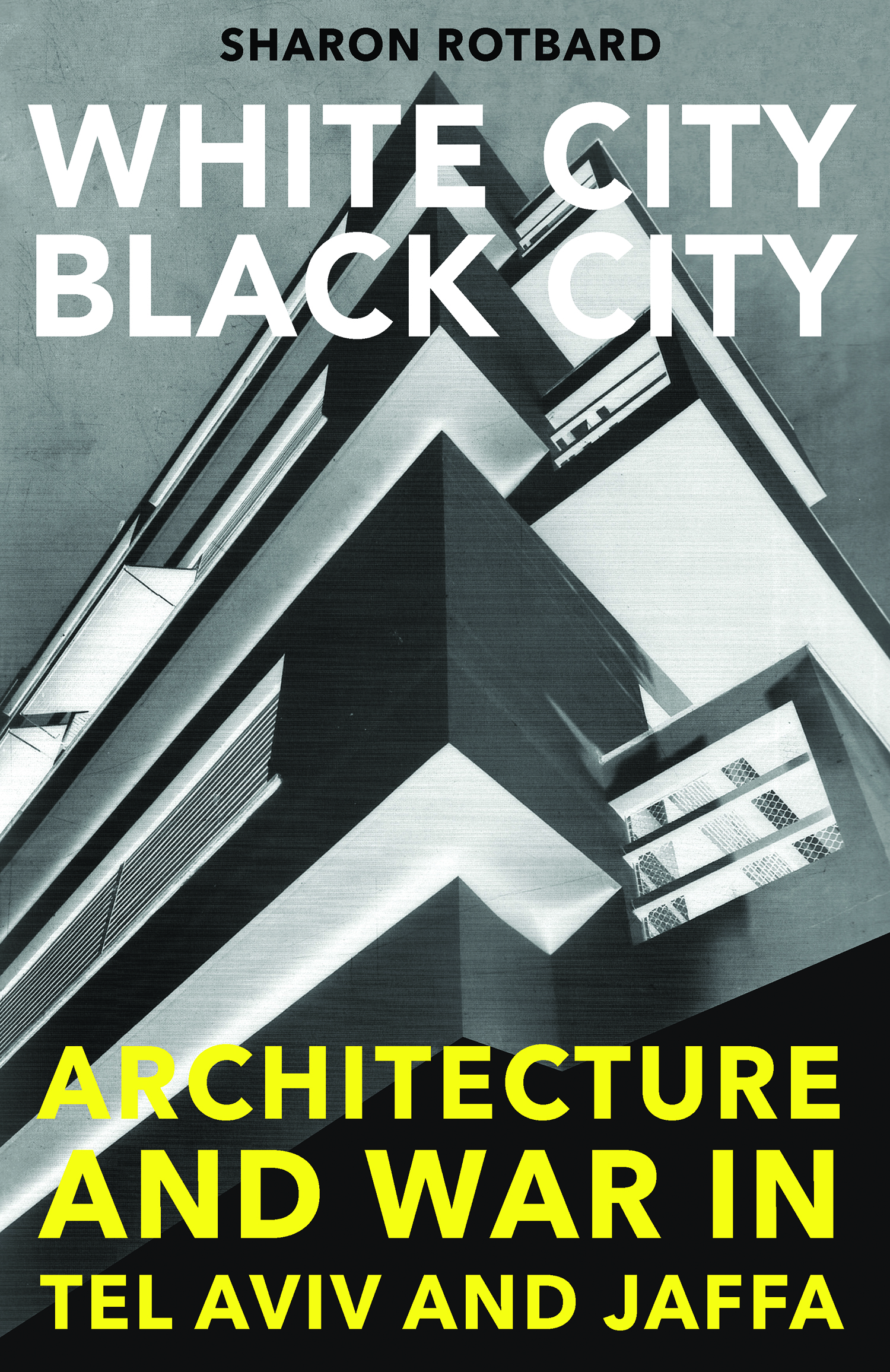 There are many books on the Israeli-Palestinian conflict, but there are few that view it through the lens of architecture. Sharon Rotbard’s White City, Black City looks at the troubled relationship of the “White City”, Tel Aviv, and the “Black City”, Jaffa, and how it has shaped the current situation in the region. Our latest Q & A has Rotbard discussing Tel Aviv’s founding myth, its Bauhaus architecture, and how recognizing Tel Aviv’s rise at the expense of Jaffa can be used to reconcile the conflict.

Ten years after White City, Black City’s first publication in Hebrew, there is almost no argument that Tel Aviv’s narrative based on the fable about a new “White Modernist City” built on empty dunes bares numerous inexactitudes and distortions, and that this practice of selective urban story telling has been serving obvious political and economic agendas. Since Jaffa’s annexation to Tel Aviv following the 1948 war, Tel Aviv’s narrative has been enabling the demolition of vast areas in the historical city, of entire neighborhoods like Manshieh and the erasure of all the historical Arabic street names. It has transformed Jaffa’s famous and unique agricultural hinterland into one of Israel’s most polluted areas, and it is still encouraging the development of large gentrification projects reserved to Jews exclusively such as the recent “Yopea” project erected in the midst of Jaffa’s Adjami Palestinian neighborhood. Furthermore, this one-sided vision of the city has poisoned not only the relations with Jaffa’s Palestinian community, but also with other communities residing in the city such as migrant workers and African refugees.

Instead of debating on the details such as whether Tel Aviv’s main architectural influence stems from Bauhaus school or Le Corbusier, it is important today to understand and to reveal the motivations behind the Tel Aviv’s distorted narratives, and first and foremost to be willing to repair it by acknowledging and respecting Jaffa’s past. As this is a matter of will and of intention, it is a vast political project. This reparation might never undo all Jaffa’s disasters, which are irreversible, but it might be a good start for making this city and this country more livable for all its dwellers.

You ascribe the internationally acclaimed Bauhaus Style architecture an important role in the formation of the “White City” narrative. What makes Bauhaus architecture important in the cultural construction of Tel Aviv?

Prior to the emergence of the “White City” narrative in the mid 1980’s, the two only Bauhaus-trained architects active in Tel Aviv, Arieh Sharon and Shmuel Mistechkin, had already challenged and contested the use of the term of ”Bauhaus Style Architecture” in Tel Aviv. Sharon believed that Tel Aviv’s architecture had been rather influenced by Le Corbusier’s idea of a “Ville sur Pilotis”; he argued that not only the very notion of style was absolutely contrary to Bauhaus pedagogy and spirit but that the term “Bauhaus” itself should never appear with the definite article “The”: Bauhaus is a name, not a noun. Mistechkin, a staunch modernist, refused to discuss any architectural work in historical terms and firmly opposed any idea of architectural conservation and preservation, his own work included.

Tel Aviv eagerly appropriated the Bauhaus brand name in order to develop the local myth about the rebirth of Bauhaus in Palestine.  This myth gained support from the German side too. Even the renewed Weimar Bauhaus University gladly adopted the first Hebrew city as well and in the past decade has been conducting in Tel Aviv numerous visits, workshops, exhibitions and symposiums.

I believe that this late association between Tel Aviv and Bauhaus does not really stem from any architectural resemblance but rather from a certain political impulse. It may be clearly demonstrated in Dany Karavan ‘s essay “Tel Aviv” from 1994, one of the inaugural texts supporting the Bauhaus/Tel Aviv campaign: “Today I know too that a style survived here, a style that the Nazis wanted to exterminate, exactly like they wanted to exterminate other forms of civilization. Tel Aviv survived, so in fact, it overcame Nazism.”

In this sense, the rebirth of Bauhaus in Tel Aviv might also be regarded as a result of the conjuncture between two narratives, that of the Israeli self-victimization and that of the German guilt.

The English language edition of your book was published almost ten years after its first publication in Hebrew. Would you share some of your thoughts about this time span and the relevance of your book?

When writing White City, Black City, the political dimension of the city had been denied or concealed, and much of the city’s political tensions and significances were a subtext underlying the physical appearance that one needs to decipher, unveil or unmask. In the past decade many of the phenomena described in this book have been radicalized and many of the arguments have been enhanced. Today, it seems that the masks are off and political agendas of the players in the city are spelled out openly: some of my Israeli readers had the urge to notify me that after reading my book they had decided to move out from their homes in old Jaffa or in the White City. I think that more and more people in Tel Aviv and in Israel understand the political significance of questions such as “where and how do I live?”. On the other hand, radical right wing settlers from the West Bank are now moving back to Tel Aviv in order to colonize Jaffa’s Palestinian neighborhoods or to Judaize the city’s southern neighborhoods populated with African refugees and Philippine labor migrants.

Addressing the broader non-Hebrew speaking audience, you say that struggles over territory, narratives, geographies, and histories have shaped not only Tel Aviv and Jaffa but every city in the world. Would you expand on this?

I think it would be too easy to use this book only to accuse or even to boycott Tel Aviv. Tel Aviv is certainly a predator city, but hasn’t this been the case of almost any successful big city in history? In Le Père Goriot Balzac argued that “the secret of great fortunes without apparent cause is a forgotten crime”.  Now that Tel Aviv’s forgotten crimes are revealed it is great time to reveal other cities’ forgotten crimes as well.